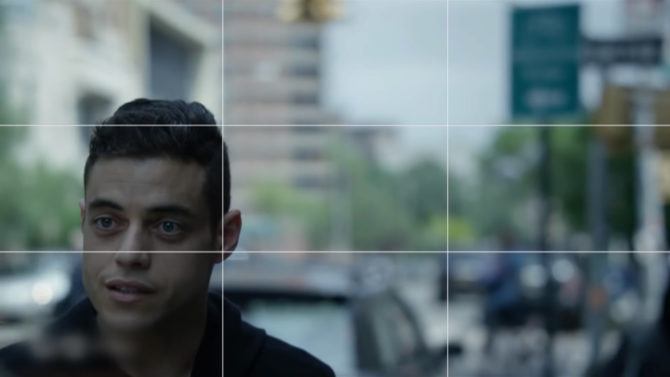 The only thing over which we always have control in photography or video, no matter what your camera, is composition. We’re taught these “rules” and theories to help improve how we frame our work. But how much do these rules really need to be followed? And how does our viewer perceive the work when they aren’t? And is it still really bad framing when the work doesn’t follow the rules but we can’t look away?

In this video from YouTuber Brain Flick, we take a look at the psychology of pleasing compositions. The rules we’re taught as photographers, and the effects that breaking them can have on the work and how it is perceived.

I didn’t think much about it when I was watching Mr Robot first time around. Some scenes did appear a little jarring, but it played well into the context of the story. Despite the nature of the compositions, it just felt natural. I have spotted it in other movies and TV shows. Sometimes it works, sometimes it doesn’t, but it’s usually noticeable. Most often, because it’s not part of the regular composition of the show. So it sticks out.

Even when it is just part of how a show or movie is filmed, it can still be obvious to many. So much so, that it features as part of a joke on Saturday Night Live.

While there needs to be motivation for breaking those compositional “rules”, it can be done. It can be done very effectively, too, as shows like Mr Robot have proven. But it can also be done badly. If you’re going to break them, figure out why, before you try to work out the how.

What do you think? Do you stick with the rules? Or do you regularly break them to get shots that convention tells us shouldn’t work? Are you successful? Let us know and show off some of your own in the comments.