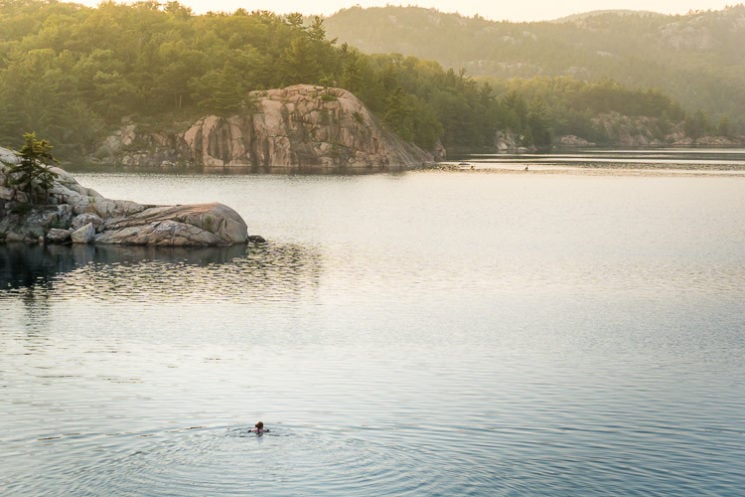 This past summer I was camping with my family and one of the lakes we visited had a perfect jumping rock.

I knew this would be a great photo opportunity, so I brought my camera to snap a few photos of us jumping off of the rock and into the lake.

What I ended up capturing was a perfect lesson on why you need to look for atmosphere and light to improve your outdoor photography.

The Photos I Planned To Capture

My main focus was to just get a few snapshots of me and the kids cliff jumping into the lake – I thought that it would make an interesting and fun image. 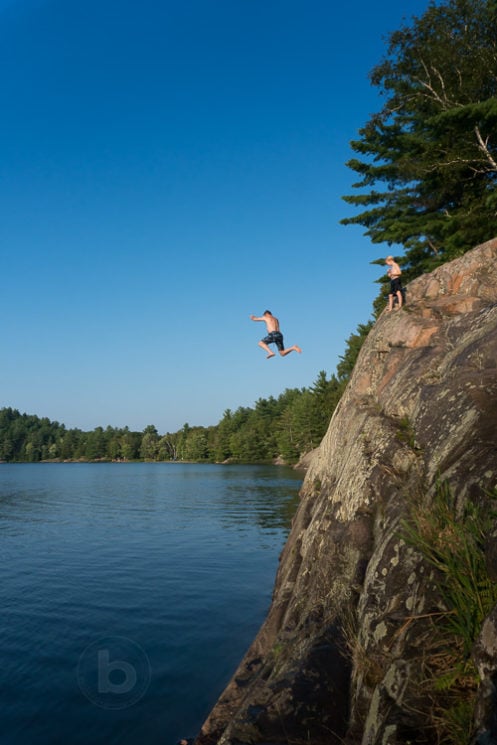 My wife snapped these photos with a Sony a6300 and the kit lens in full auto.

In order to make the most of this session, it was no accident that we arrived at the lake for a swim just as prime-time golden hour was happening (around an hour before sunset). 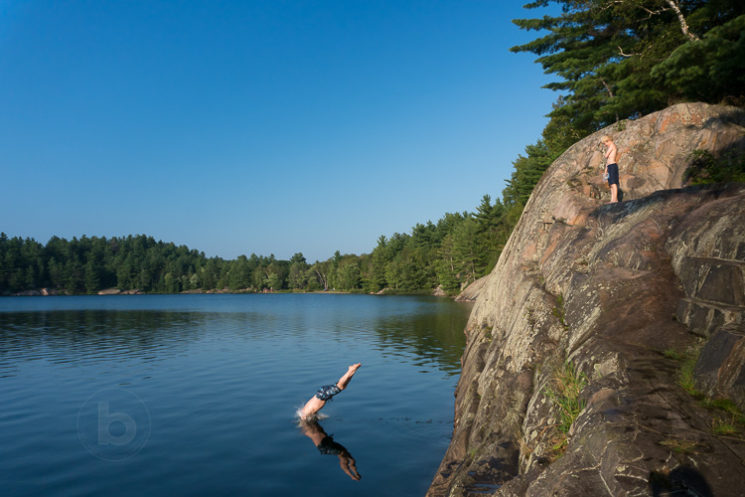 In fact, we had put off going for a swim all afternoon and had an early dinner, just to make sure that we were at the lake at exactly the right time for the best light.

Despite this, the lighting in this series of photos is average at best.

Even with the warm directional late day sunshine, these photos are taken looking away from the sun, which leaves everything looking rather bland – it’s really only the activity that makes them interesting at all (green trees and a clear blue sky are pretty boring).

A little later and shooting straight down, approximately perpendicular to the sun the light is starting to improve, but it’s still nothing special. 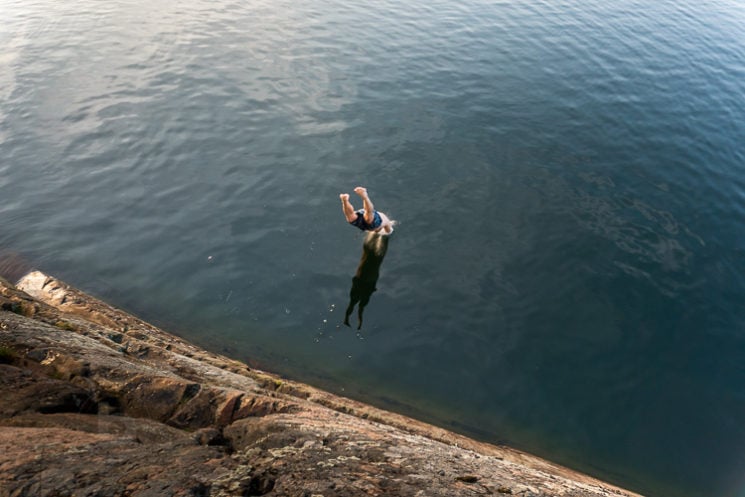 The Photos I Captured By Accident

After my son and I were done jumping into the lake, my wife handed back the camera and I turned around to take a few photos of her and my daughter going for a swim behind us (they were not interested in jumping off a cliff). 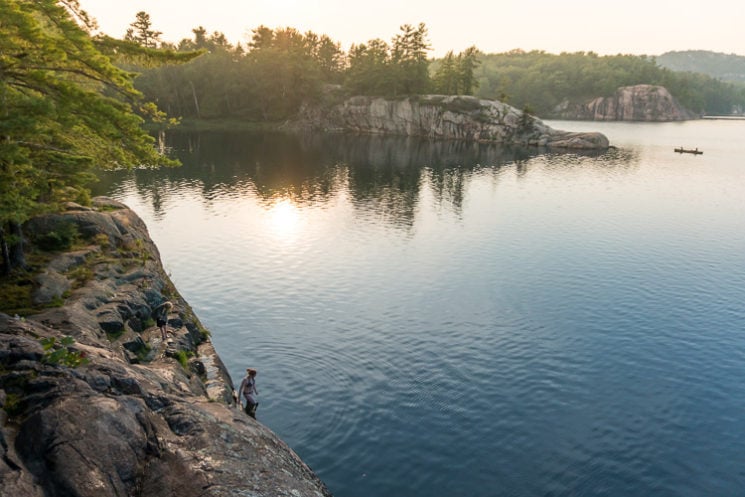 Instead of shooting away from the sun, we were now shooting towards the sun.

You can see that the look and feel of this series of images is drastically different than the first set.

The early evening summer sunshine combined with the haze of a hot summer day adds an amazing dreamy soft glow to the landscape and the long shadows accentuate every texture – in other words – atmosphere and light. 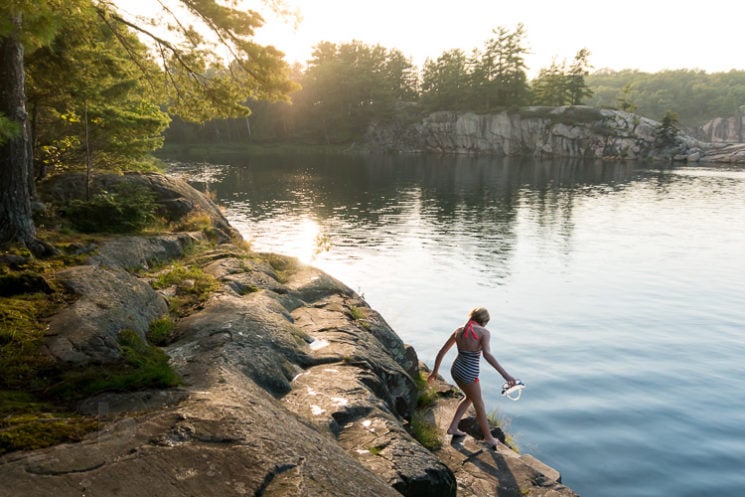 The funny thing is that I took these photos as an afterthought – I was so focused on capturing a few usable cliff diving photos that I totally missed the way more impressive scene behind me.

Lesson learned – I think the stark difference between these two series of images shows how important it is to learn to see light and how drastically different a scene can look – even with the exact same light, only facing a different direction.

In hindsight, it would have been pretty easy for my wife to have walked to the other side of the cliff and photographed us from the opposite direction – into the sunlight. But at the time, I totally did not realize the difference it would have made!

People always wonder what the difference is between “good” photography and what I usually call snapshots. I think these two series illustrate the difference – the first set are snapshots, the second set are much better – and it’s atmosphere and light that are the secret sauce! 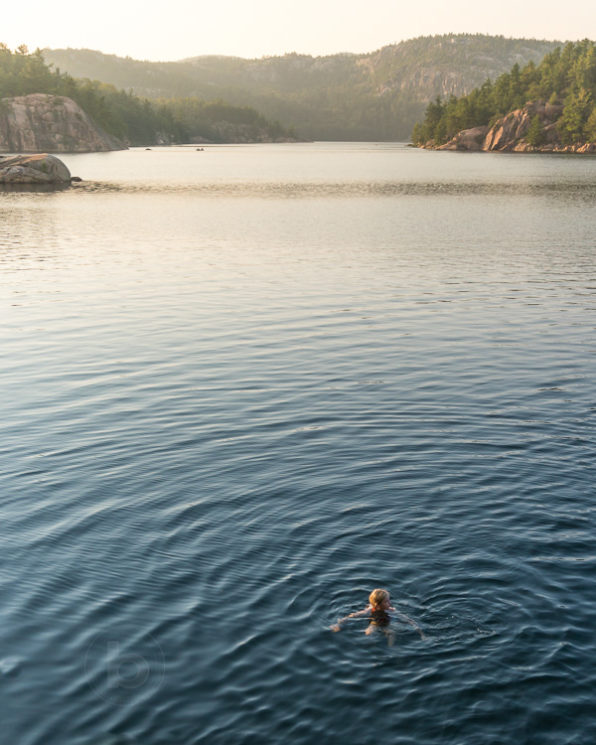 Where you ever somewhere that you totally missed an amazing photo?

Which series of images do you prefer?

Do you think its atmosphere and light that are the true secret sauce?

« Canon invites dealers to secret mirrorless presentation – Full frame on the way?
A simple DIY way to turn your digital camera into a pinhole camera »