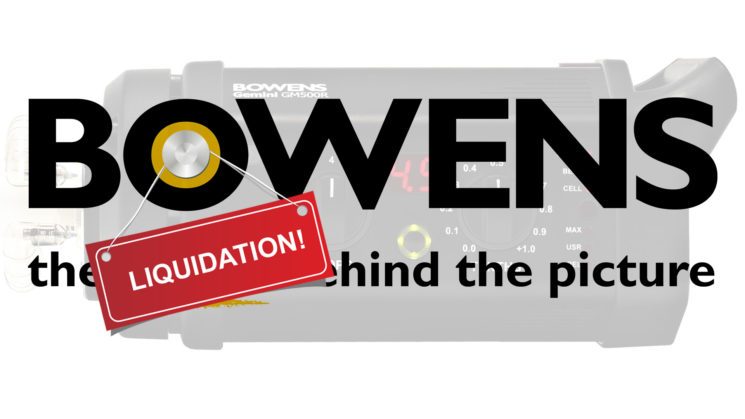 Just over one year ago, Bowens along with Calumet were snapped up by investment company Aurelius. At that time, their press release waxed lyrical about the future of Calumet, but barely a mention for the Bowens brand.

An inside source has told DIYP that Bowens has now gone into liquidation. We’ve also had this confirmed by two other independent sources. Although we’ve yet to receive official confirmation from Bowens themselves, we believe the information to be quite solid. We’ll be following the situation closely as information comes in and updating this post as necessary.

Established 1928 as Bowens Camera Service Company, they started life as a London, England based camera repair company. Their began to produce their first flash bulbs in 1947, and from 1950 the company made its own electronic studio flash systems. In 1963, the name Bowens International Ltd. was registered.

Bowens seemed to be struggling last year when they pulled out The Photography Show at the last minute. When a major sponsor suddenly pulls out of a show, it raises a few eyebrows. Bowens claimed it was down to the fact that their Generation X lights weren’t quite ready yet, but that’s a lot of expense to throw down the drain.

Since adding Bowens and Calumet to their collection, Aurelius also recently acquired WEX Photographic, with whom Calumet will be merged. It appears, though, that Bowens is simply not a viable business. With pressure from brands like Godox, it’s not that surprising.

It will be a sad loss to the global photographic community if this turns out to be true.

We have reached out to Bowens International Ltd. for comment. We will update this post as more news comes in.

Bowens Pulls Out Of The Biggest Show In The UK. Could Indicate Trouble For The Lighting Company