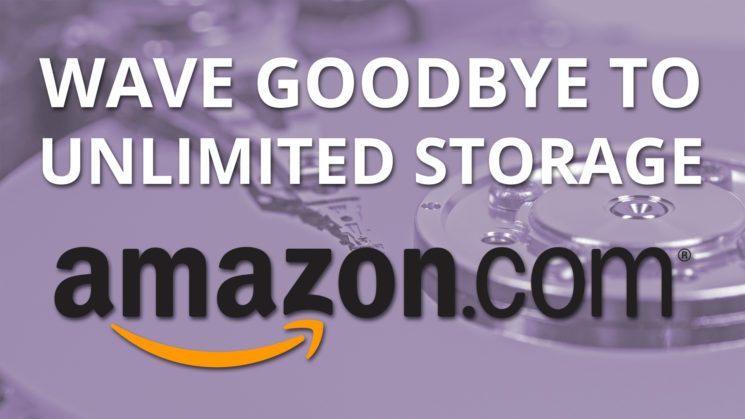 “Welcome to Unlimited Storage”. That’s what Amazon said only two years ago when it introduced the unlimited storage package. For a mere $59.99 a year, you could store as much as you want on Amazon’s “cloud”. And it was less than 10 months ago when the service was expanded to the UK. Now, though, that’s all about to change, and if you’re a user of Amazon’s Cloud Drive service, you’ll want to know.

Amazon are doing away with the unlimited package completely. The previous Unlimited Photos plan has been dropped to 100GB for $11.99 a year. This will probably be fine for most consumers just looking to back up their mobile photos and a few holiday snaps. The Unlimited Everything plan, though, is limited to a measly 1TB. And each extra terabyte costs a further $60 a year on top, to a maximum of 30TB. 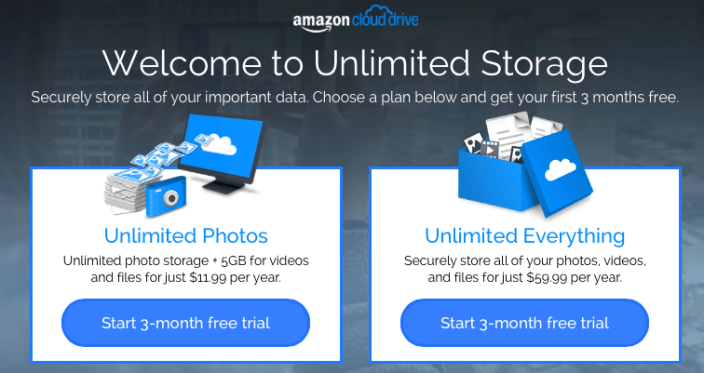 This is what we saw only two years ago.

The new prices and limitations are now in effect. Anybody who’s already signed up on an unlimited package, though, will keep it until it’s up for renewal. If auto-renewal is turned on, it will be automatically switched over to the $60/year plan. So, if you’re currently using more than 1TB of space, you’ll want to get that worked out as soon as possible so that you don’t end up with a large unexpected bill.

The Verge report that Amazon are giving users 180 days to download or delete their data if they are over their respective caps. That’s 100GB for Unlimited Photo and 1TB for Unlimited Everything customers. After that 180 day grace period, Amazon say that they will start deleting content for them. They’ll start with the most recent uploads and keep going until the space used falls within the new limits.

It’s not that much of a surprise that the Unlimited packages have ended. It’s just not a sustainable business model. It was essentially a short term stunt to try to squash the competition. They knew there wasn’t really a way for Dropbox and others to compete. Microsoft did the same thing in 2015 backing out of their “unlimited” storage for Office 365 subscribers.

All these cloud sotrage companies trying to compete with each other to beat each other out. The only ones they’re screwing over are the customers. I think I’ll just stick to Resilio.

Note: This only seems to affect Amazon Cloud customers. Amazon Prime customers will still keep their unlimited photo storage. But I wouldn’t rely on it if I were you.

« Public places now demand a permit, obey or face court and fines
How to make money with photography »