If you are one of the lucky few who now own a Nikon D4 (which means you could both shell about $6,000 and managed to get in line early enough) there is a good chance that you wondered why Nikon did not include WiFi on its flagship.

It does include an Ethernet port allowing for wired control and live view, but no WiFi.

You could of course, add WiFi with the WT-5A, but that would mean saying goodbye to another $900. This is kinda weird of Nikon side, especially when the lower-end, soon to be announced, D3200 is rumored to have WiFi capabilities.

Nikon Rumors shares a great hack an interesting, and more affordable option to add WiFi capabilities to the D4 (or any camera with an Ethernet port for that matter) – using a VAP11G portable WiFi bridge. 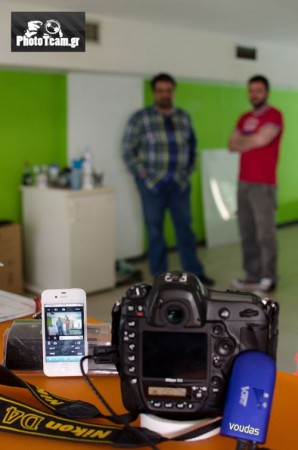 Here is how NR readers, Voudas, describes it:

“The idea was to connect the small VAP11G portable WiFi bridge device (available on eBay and Amazon)
to the D4’s Ethernet port in order to use it through WiFi. I setup the
Ethernet connection of the D4 and then used the VAP11G device to connect
through my WiFi. I then used my laptop and iPhone to check the WiFi
connectivity with the D4. It worked like a charm!

The limitation of the device is that it didn’t act as an access point
– it would always need an established WiFi network, but the important
thing was to prove that the price of the WT-5 price is ridiculously high
($877) and the VAP11G does the same thing for around $30. This limitation could probably be eliminated with the Asus WL-330gE wireless access point.” #

I guess the rest of us, who don’t own a D4, will have to settle for a more expensive wireless USB solution.

Sony Releases The a77 II – Will 79 AF Points, Built In Wifi Remote And Pro Movie Features Shift The Market?