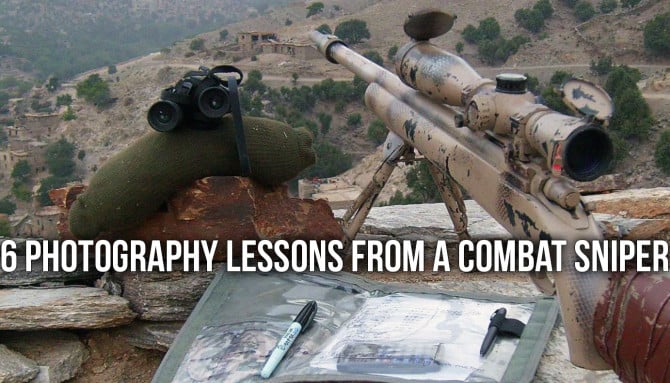 We see them in movies, we watch History Channel specials about them, and they are the things of which legends are made. Surprisingly, no, I’m not referring to UFOs. We’re talking about combat snipers, those lethal ghosts in face paint shifting in the shadows.

I began contemplating the possible parallels between photographers and these men of mystery, and, as I have rarely ever fallen into a category that the military deems as useful for more than civilian life, I sat down one evening with a friend and former U.S. Army sniper to get the lowdown on what life as a precision shooter is really like. As we sat around a crackling campfire beneath a mesh camo canopy, I was intrigued and somewhat surprised as Andy (because heroes literally care that little about protecting their identity) recounted stories of combat missions in the mountains of Afghanistan. But, as we continued to talk, I began to see more and more the applicable parallels between these elusive soldiers and those of us in the metaphorical “trenches” of photography. (There’s really no comparison, I know…)

1. Know Your Equipment and Your Skills

This is paramount to being effective in your role — fully understanding the capabilities and limitations of your gear and knowing how your skills align with that. Having the most advanced camera system in the world does you nothing if you are not competent in using it. I have seen images from photographers who spent thousands on equipment that do not compare to those of an adept photographer with a glorified point-and-shoot. And, likewise, there are limitations to your effectiveness if the job requirements extend beyond the facility of your gear. I mean, let’s be real…you aren’t going to shoot high-speed “bullet time” images with a single Kodak Easyshare.

NOTE: If you can, we want to know about it! Strap the details to the back of a pigeon, and set it free!…if it comes back to you, it was probably hungry.

You need to be aware of the environmental limitations of your equipment as well. If there wasn’t a moon or at least stars shining in the mountains of Afghanistan, night vision optics were of no use and soldiers had to blindly feel their way along the rugged terrain. Sometimes, no amount of trying and finagling or DIY-ing will allow you to do what you want (although we still try our darndest, regardless). It’s okay…it happens… Just move on and adapt. 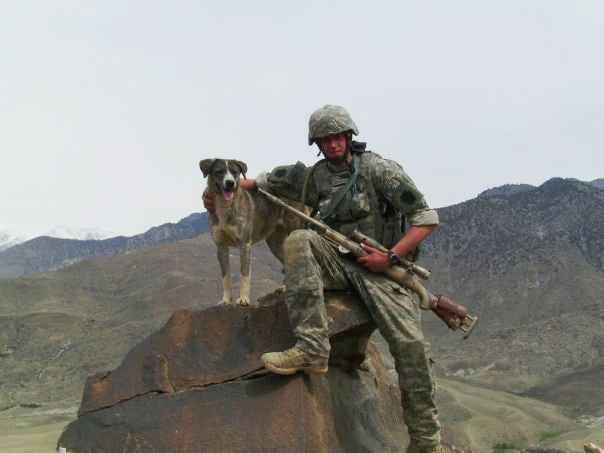 2. Observation Is As Important As Engagement

Contrary to the illusion many have from Hollywood of a sniper’s role, much of the time spent in the field is comprised of reconnaissance. So often we think of photography as being all about capturing the subject or documenting the moment, but, more often than not, we need to take the time to just observe what’s in front of us. Situational awareness is vital to not only understanding what we’re seeing but also calculating our plan of attack. Simply rushing in and opening fire like Rambo is not an effective method for exacting the results we want. 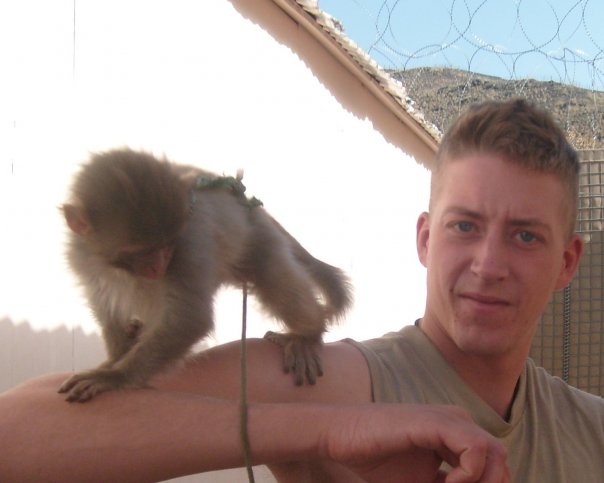 While most people would be jumping at the opportunity to join the elite ranks of sniperhood, Andy recounted how one of the snipers in his unit simply…quit…because it was so damn boring. In the same vein as calculated observation, photography is often a waiting game…exercising patience, as hard as it may be sometimes, lying in wait for that one, specific shot. Perhaps it’s waiting for the subject to come into frame to compose that once-in-a-lifetime image, or maybe it’s enduring while a scene unfolds in front of you to present the perfect opportunity or the sun to hit those trees at that specific angle. Whatever the case may be, patience is a virtue which few possess but one that will ultimately pay off. 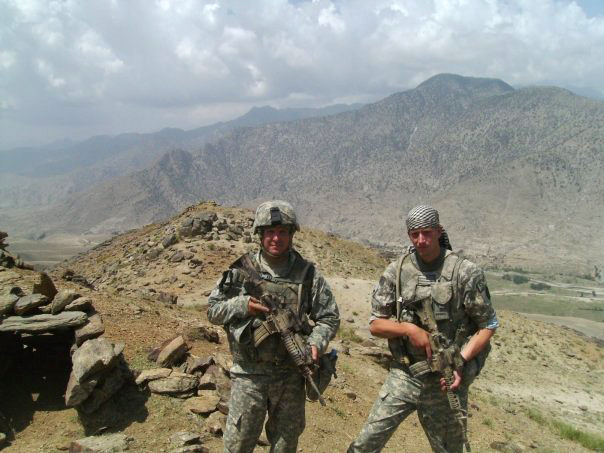 I am often guilty of becoming trigger-happy when unleashed on a photographic opportunity, whether it’s an in-studio client, a documentary subject, or my own kids running around the yard. I tend to go nuts sometimes, filling up half a memory card (more or less) without ever bagging anything really good. We photographers want to capture EVERYTHING, not missing a single opportunity, and while there are situations that absolutely call for “spraying-and-praying,” most of the time if we paused to take a breath and collect our thoughts, we would be able to capture a much more dynamic work. True photography is about quality, NOT quantity. Just imagine if Ansel Adams had tried to burn through slides as quickly as possible…do you really believe we would have the awe-inspiring, iconic images now synonymous with his name? 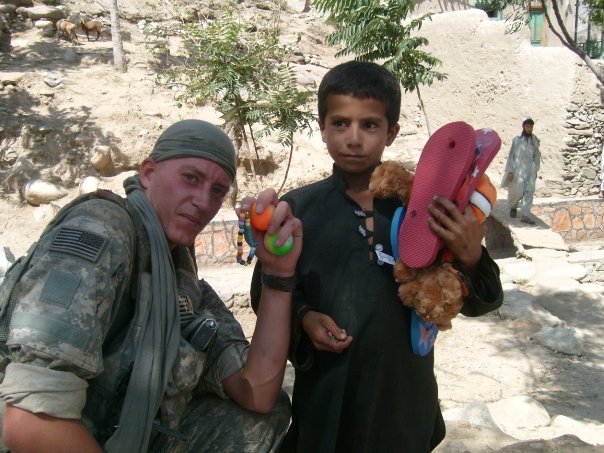 5. Choose the Right Gear For the Situation

When heading into enemy territory, there were many things to take into consideration. Do you take a backup weapon in the event you find yourself in a firefight? Do you grab a SAW with a higher rate of fire but less reliability, or do you take an M4 with less capacity but fewer chances of error? There will be no resupply during the mission, so how much food and water do you lug around with you? How much will be consumed along the way?

Photographers are often faced with a similar dilemma: Do you weigh yourself down with a full-frame body and an array of lenses, or do you opt for a smaller body and single prime lens? Will you be moving around a lot, or does the situation call for a more stationary position? Street photographers, for instance, are notorious for keeping it simple, sticking with a typically-small body and prime lens, while a wedding may require a double-camera harness and zoom lenses, and a commercial shoot might require an entire set with medium-format cameras, lighting and assistants. Each scenario is different and should be treated individually. Make the best choice of gear to provide ample flexibility without incurring unnecessary encumberment. 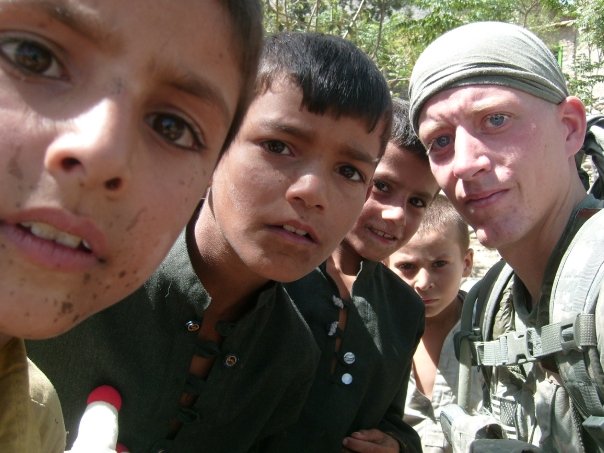 There’s no way around it: repetition builds perfection. A sniper spends countless hours at the practice range and on simulated missions to not only increase proficiency but to familiarize the soldier with their true capabilities and potential. There’s a difference between hoping you can make that headshot at 800 meters and knowing that you can, and that knowledge only comes through repeated successful execution of the drill. And, the practice does not simply end when you graduate from sniper school!

If we photographers took all the time and energy that we put into theory and talk and, instead, channeled it into hands-on application, is there really any limit to what we could create? Get out there and shoot! Give yourself challenges; set regular goals to keep yourself in regular practice. Because, if you’re not advancing, you’re regressing.

Looking for a place to start? Check out 25 Ways to Jump Start Photography Inspiration! 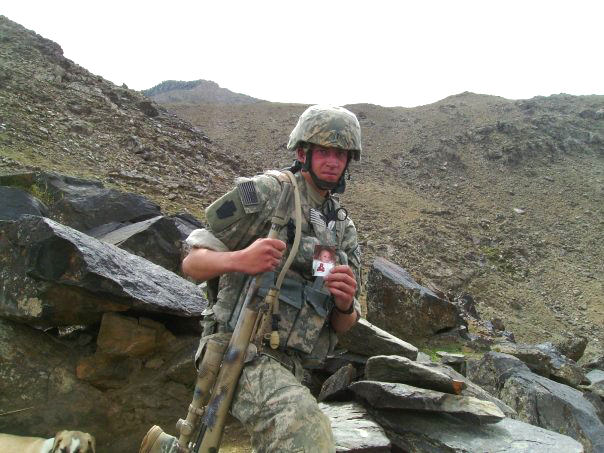 You are a well-trained, precision executor of visual art. (Hoorah!) There is no need to be otherwise. It’s not the biggest, the baddest, or the toughest who make it through sniper school; it’s those with determination, focus, and a sense of purpose who make it into the ranks of the elite.

(And you don’t even have a CO yelling at you to carry 150 lbs. of gear on a 30-mile march!)
*Photos courtesy of Andy Plank

« Want a 4K Viedo Camera? The 4K Panasonic GH4 Is on Pre Order Starting at $1699
Have You Ever Wondered What Living With A Plastic Mannequin Family Feels Like? »