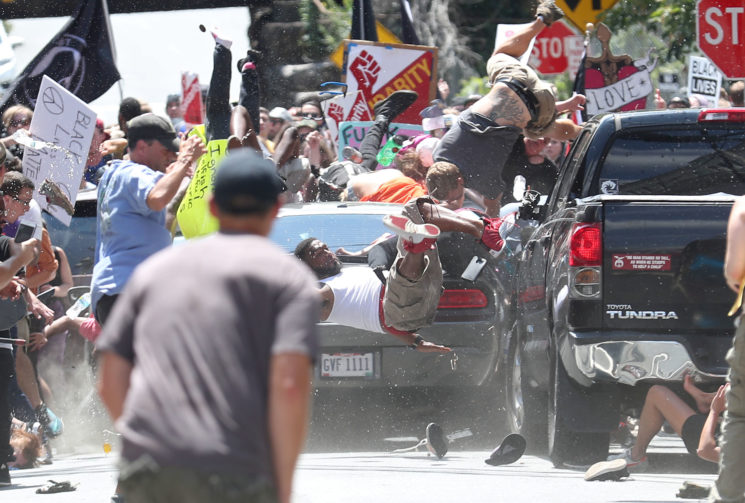 Winners of 2018 Pulitzer Prize have recently been announced. A dramatic and chilling photo by Ryan M. Kelly won the first place for breaking news photography. As it soon turned out, it was taken on his last day at The Daily Progress. Kelly had left the job and started working as social media manager for a local brewery.

The photo was taken by then-staff photographer @RyanMKellyPhoto on his last day at the paper.https://t.co/yLvrwy228U

The winning image was made on the day of a white supremacist rally on 12 August 2017. A man ran with his car into a group of counter-protesters and killed 32-year-old Heather Heyer. It was Kelly’s last day in the newsroom, as he soon found a job in a different field. He now runs social media for a Richmond brewery, although he still works as a freelance photojournalist. The news about the Pulitzer Prize caught him on a flight home from Amsterdam and the World Press Photo awards.

As Kelly told Poynter, his photo is a “super valuable reminder for people of the power of local journalism.” And he got a lot of praise for his dramatic image and his perfect timing and professionalism. He also published a thread on Twitter, reading: “I wish the attack didn’t happen. I wish I didn’t have to witness it. But since it did happen, and I was on that street, I’m proud this photo exists so that the world can never forget exactly what violence and hatred looks like. It is human and it is raw.” You can see the full thread here.

I wish the attack didn't happen. I wish I didn't have to witness it. But since it did happen, and I was on that street, I'm proud this photo exists so that the world can never forget exactly what violence and hatred looks like. It is human and it is raw.

Although he believes in the power of local photojournalism and photography, Kelly reportedly left the job because of “state of the industry, the stress and the schedule.” According to Allen of Photo Shelter, the industry isn’t in a good state, indeed.  He believes that many stories will remain untold “because all the talent from local newsrooms is drained through budget cuts and attrition.” So it’s no wonder that talented and skilled photojournalists turn to other careers. Hopefully, this won’t become a trend, and talents will be recognized and acknowledged properly.