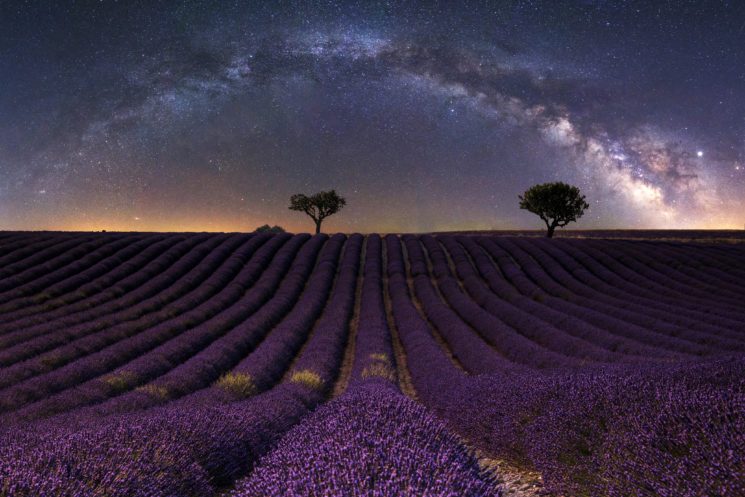 We are proud to present twelve gifted astrophotographers—each with their stunning photos. Night photography isn’t the easiest genre to master – there are so many things to consider. On top of your usual composition and exposure, you have to deal with noise, shadow detail, preserving highlights, and special gear considerations for night lovers. However, this collection of photographers have mastered the craft.

Being out alone in the dark isn’t for the faint-hearted, but astrophotographers have learned to handle any fear of the dark when conditions are favorable. Some night images take a lot of planning: full moon and milky way images with specific foreground, for example. Interestingly, there are actually very few photographers who specialize solely in astrophotography. The majority are versatile and shoot various types of landscape images. 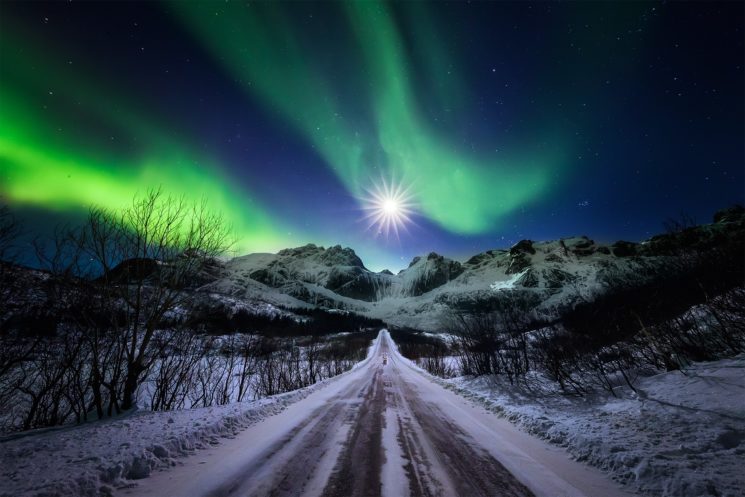 Thrasivoulos was born in Volos, Greece, in 1980. As a kid, he was filled with many concerns about life, but he was also, a sports lover, naturalist, and a big fan of traveling. Today, he is a multimedia developer, but he has become passionate about photography and photo editing during the past few years. His purpose is to offer the world the best images one can shoot and edit. He thinks that everybody is an artist. One only has to believe in oneself. 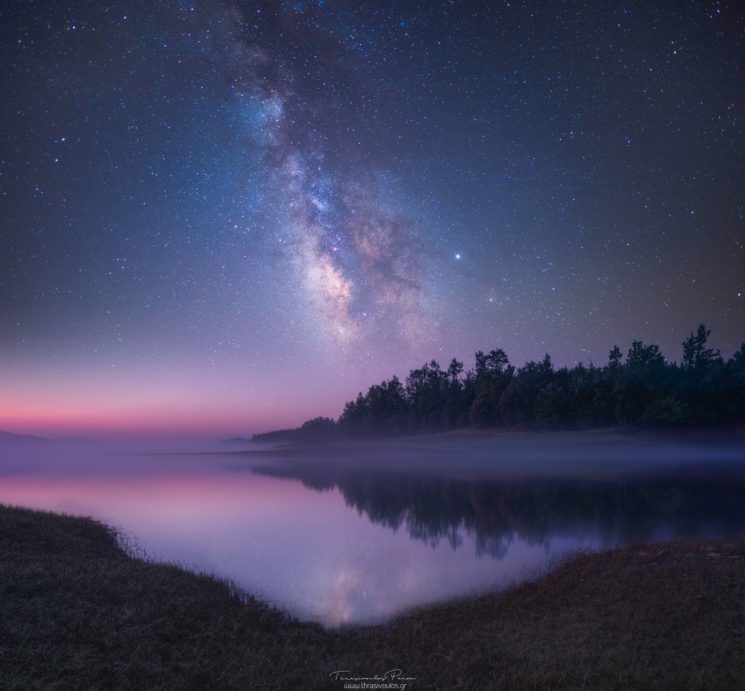 Anthony is a self-taught photographer living in the south of France. His chief interest in photography are landscapes and architectural fine art. He started photography in 2012, mostly with portraiture, but he quickly switched to landscape and architecture. He employs a very different creative approach depending on the genre. In all his images, he aims to render the world seen through his lens, expressing what he feels rather than what he witnessed during the shooting. “My work is the result of my vision of the world and the nature that surrounds me, sometimes bright and shiny, sometimes dark and moody…” 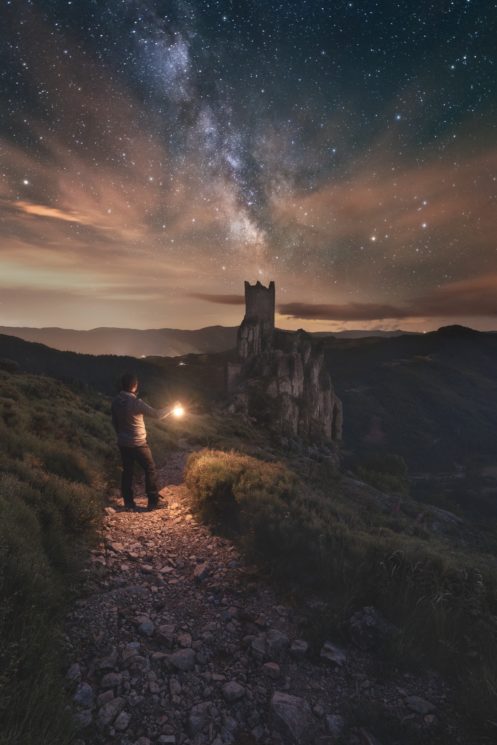 Pablo Ruiz is a photographer based in Santander, Spain. He is passionate about landscape and night photography, traveling, and discovering new places. Pablo has always liked to observe the environment around him and enjoy nature. “Those seconds when you don’t think about anything and just look at and enjoy a landscape.” His greatest passion is mountain landscapes, although he started out shooting coastal scenes. It wasn’t until about six years ago when someone had the brilliant idea of giving him a camera as a present that he started with photography. He immediately loved it, and little by little, he gained experience and training. That meant many hours behind the camera, trips to many places with various landscapes, which gave him unique experiences. 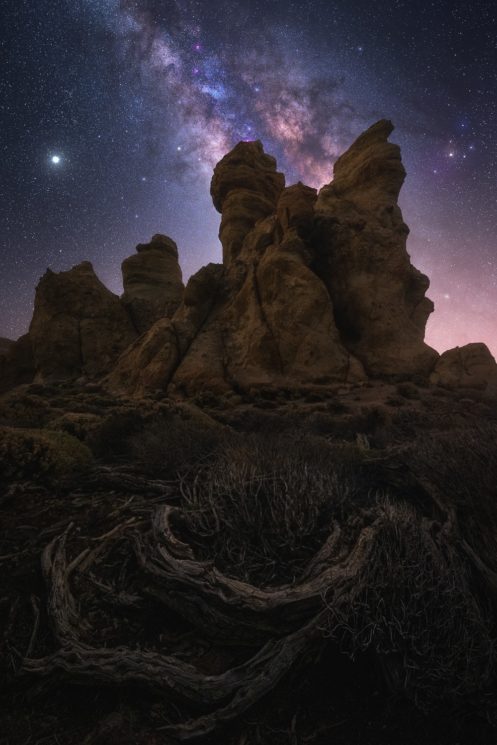 Sebastian is an architecture and landscape photographer. ​ Born in Schwaebisch Gmuend in the south of Germany, he grew up in the beautiful German countryside in a small village where he learned to appreciate nature and the elements. As a youngster, he was taught by his father about the star constellations in the night sky, and it was then that he developed his passion for astrophotography. Landscape photography was his first professional field. Shooting cityscape developed later when he moved to the spectacular city of Dubai in 2013. Photographing Dubai – with its density of skyscrapers and city lights – became something of an addiction, and he is now well-known for his captures of the emirate. 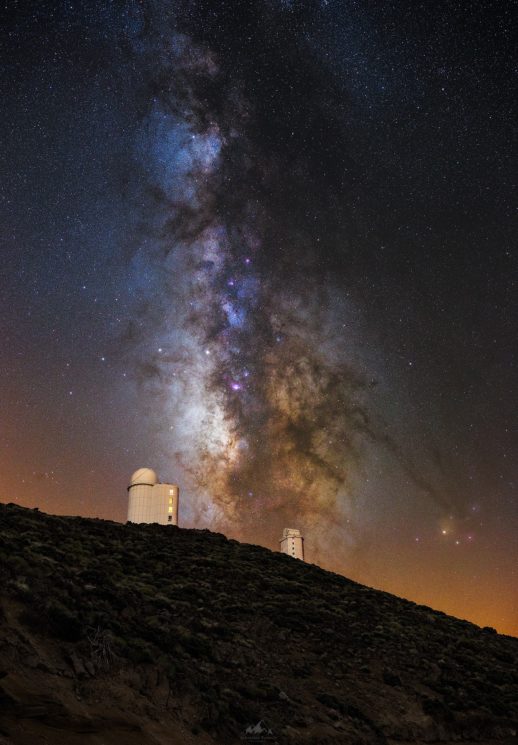 Alexander is a Civil Engineer by profession and a passionate photographer. Photography became his PASSION and a serious HOBBY. He has been steadily building his portfolio in Cityscapes “roof topping,” which is very prominent in Dubai, Landscape, and Astrophotography, kindling a strong passion for the art in the process. Through photography, he endeavors to showcase our mother earth’s beauty, implying the importance of protecting our nature for the next generations. 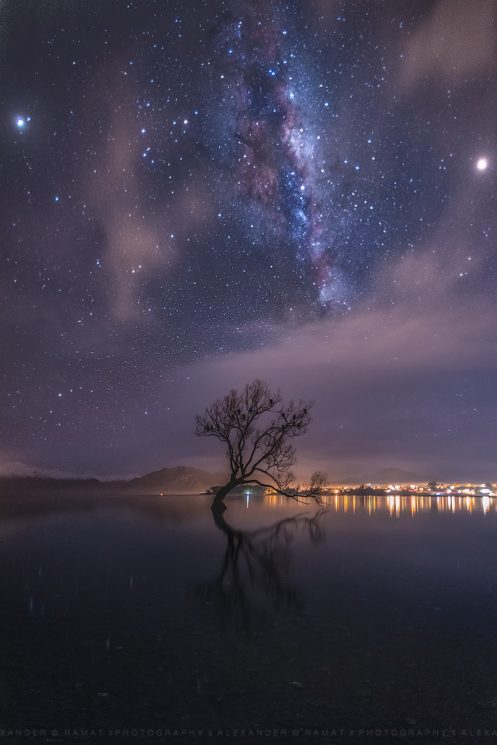 Giulio is a 36-year-old professional landscape photographer from Italy, with a particular addiction to adventures in the middle of wild nature. For this reason, he decided to move to the heart of the Arctic Circle, to the Lofoten islands, where he can concentrate on carrying out his great passion. He likes to teach photography by organizing workshops worldwide, in places where nature offers the best of itself. 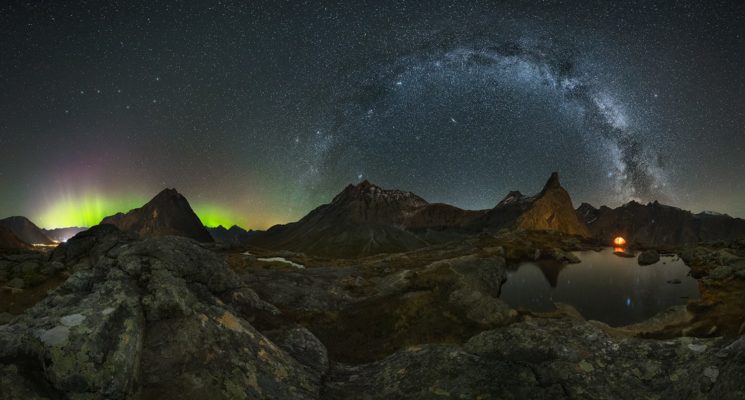 The Night of Dreams

Victor Lima is an award-winning Brazilian photographer passionate about night landscape photography. He had a job as a Civil Engineer but chose to dedicate himself full time to a career as a photographer and educator. After having purchased his first camera in late 2014, Victor had an impressively fast rise in photography. One of his images illustrated the cover of National Geographic Traveler within one year after he purchased his first camera. Currently, Victor Lima is considered one of Brazil’s main references in night landscape photography, promotes workshops and photographic expeditions focused on this theme. Besides, Victor is an official contributor to National Geographic for YourShot, NatGeo’s social photography network. 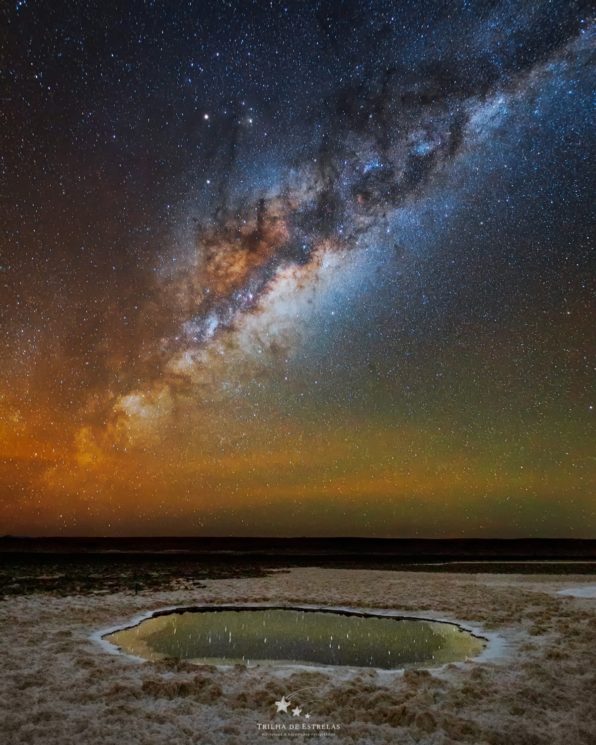 Waheed is a multiple international award-winning photographer from Pakistan based in Dubai, UAE. His images have also been used in many publications worldwide. Waheed works as a digital designer and fulfills his passion for photography, mostly on the weekends. He started taking pictures in 2013. He found his interest mostly in Astro / Nightscape, Landscape, and Architecture photography. One of his most favorite things to do is being out in nature, chasing light and clouds, sitting under the starry sky, and enjoy those moments while saving them forever in his camera. 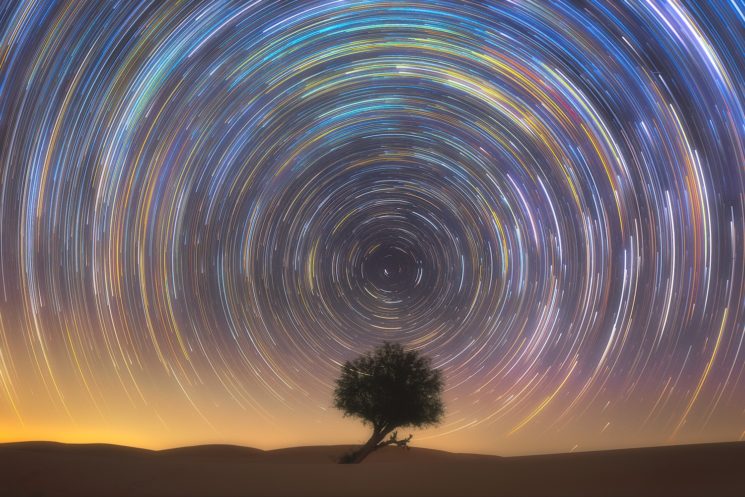 Startrails from the Empty Quarter

Mikkel is 32 years old and has the past ten years been living in Copenhagen, Denmark. He works full time as an IT Coordinator in a small IT company. Mikkel picked up his first DSLR camera around 2007. It was a Canon EOS 1000d he used for jobs covering the Danish nightlife, taking photos of people partying around in Copenhagen’s nightclubs. He did this a year or two during the weekends while studying to become an IT Technician. After a while, Mikkel lost interest in partying and taking pictures, so he placed the camera on the shelf for some years.

In 2013, he decided to volunteer on an environmental project out in the bush in Botswana, where he stayed for 2 months. He brought his camera for the trip. Now he had a Canon EOS 7d. Mikkel took a lot of wildlife images and also random landscape photos. Nothing extraordinary, but his interest in nature photography was kindled. In 2016 he went to Lofoten in Northern Norway with his little brother and their father. For this trip, he researched a lot about landscape photography: how to do long exposures, plan for the light on locations, use filters, and so on. “So the goal for this trip was to visit the area and come back with some beautiful landscape photos, but it created a fire inside me, and I have been in love with landscape photography ever since!” Today, he works with Sony Nordic as a Sony Alpha Pro Artisan. He spends his “vacations” time traveling to Europe’s Nordic regions to capture the gorgeous Nordic landscape. 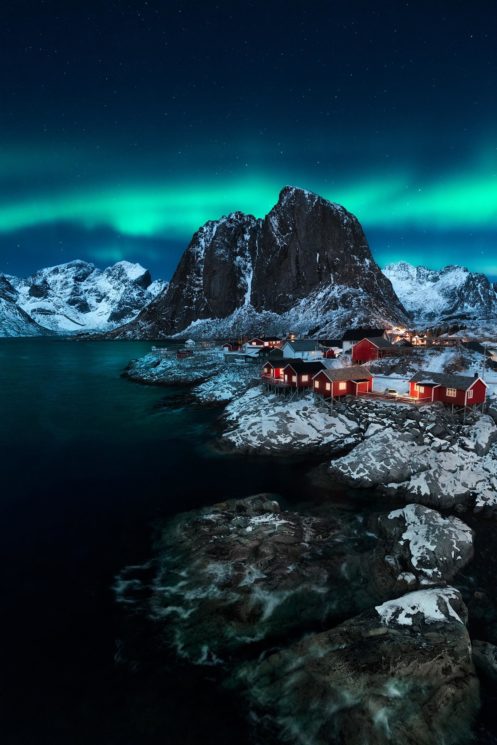 Klaus is a 43-year-old landscape and nature photographer based in Oslo, Norway. He first picked up a camera in 2016 to shoot better family pictures, but got really hooked and developed a passion for nature and landscape photography. Klaus is drawn towards simplicity and calm and relaxing scenes. He believes in simplicity when deciding which parts of a scene to put into the frame. Lately, he has spent more time exploring details of nature with the camera. 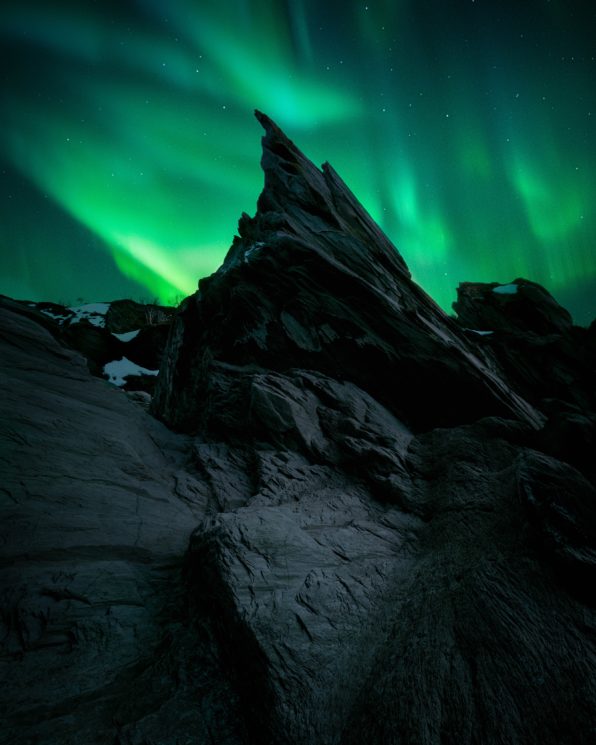 Nakul Sharma is a traveler and photographer by profession, born and brought up in New Delhi. He grew up infected by the travel bug and spends most of his time traveling and photography. He is living his dreams of traveling with his camera, capturing the hidden and the most astonishing beauties of the world. Nakul believes in sharing his travel experiences and explorations through his photos. For him, every photo has a story to narrate; it must convey a strong message to the viewers.

Each of the photographers has written a few words about themselves. All images are shared with permission.