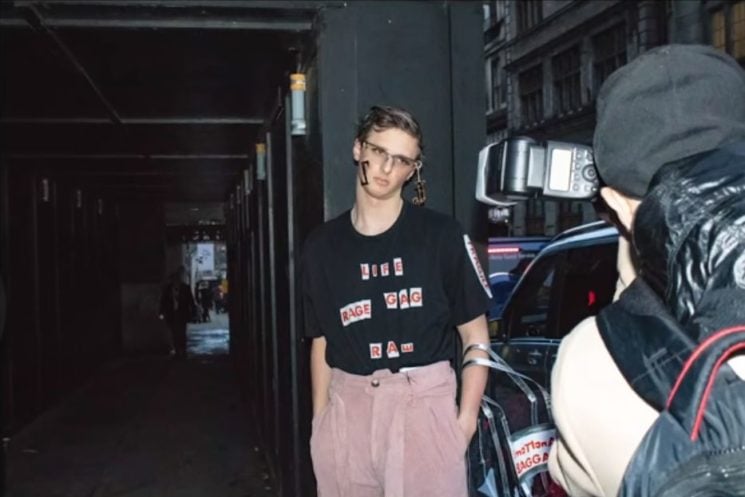 The world of fashion can be quirky sometimes, to say the least. We’ve seen models wearing bizarre creations many times, and Zac and Jamie of The Zac and Jay Show wondered: could they plant a fake model and make photographers at London Fashion Week think that he was real? It turned out that it was pretty easy to do it; all they needed was one day and some imagination for creating a ridiculous outfit.

Guys explain that the plan was to find the worst possible outfit, show up at London Fashion Week with a “model” wearing it, and try and cause a scene. Their friend Max of StreetSmart turned out to be the ideal for the project. After finding the model, the gang headed off to Primark and bought clothes for less than £50. Some brainstorming later – the outfit was complete. And as a special touch, Max got himself an alter ego. He was now Maximilian Bucharest, a 16-year-old model from, you guessed it, Bucharest.

It didn’t take long for Max to start turning heads when he showed up at Fashion Week. The group brought their own cameras to chase him around and start the initial interest. In a matter of minutes, other photographers started photographing him, too. And as if this weren’t enough, they did it the following day as well, with even worse outfit. Photographers blocked the traffic wanting to take a photo of Max’s trendy outfit.

This video has made my day and made me laugh out loud. The guys had fun and trolled the photographers good. But in photographers’ defense, in the world where human backpacks and inflatable paddling pools appear on a catwalk, it’s hard to say what’s real and what’s fake.