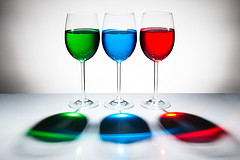 Last weekend was kinda slow at work. No shoots, no planned meetings, no post work to do, No open bids. So what do you do? shoot!

I’ve seen plenty of food color in glass shots and wanted to make one of my own. I did.

You will need glasses and of course some coloring food. I was naive and went to a specialty store to get coloring food. It was darn expensive. (around $5 a bottle). When the nice lady at the store heard what I was planning to do with it, she sent me right off to the nearest supermarket. Their stuff was not as good but it only cost 75 cents a bottle.

I used a piece of tile board, the same kind from Zack Arias’s seamless white tut – if it is good enough  for people, it will be good enough for glasses.

Lastly you will need glasses. They need to shine. Shine, I say! Any speck of dust here will cost you precious time in post. You know how when you walk into a slow bar the bartender will breathe on the glasses and wipe them off? They do it because it is the best way to polish a glass. And that is a proven fact – I know, I was tending bar during my college years.

I know it looks like you are photographing the glass. You are not. You are actually photographing the wall behind the glass. The light only passes through those improvised gels on its way to the lens. So you want to make sure the wall is well lit. The light to the back was provided via a small Nikon SB that was placed on the floor. I experimented with several snoots and grids and finally settled for a piece of black foamy to restrict some of the light. 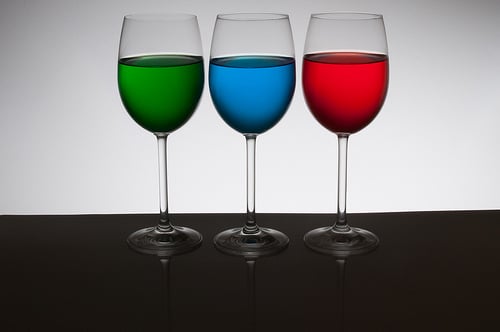 This is not bad, but I lack two things from this picture: The first is that is has some dark moo to it, where I was aiming to a joyous picture. The second one is the reflections of the glass. The “natural” reflections simply fall off the table.

I could go up high (which I did for one image) and got this where the reflections are within the frame, but the look of the glasses feel weird. 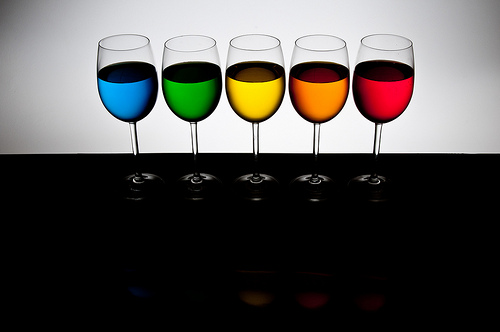 Or I could use the fact that those glasses are actually transparent and I can project them back to the table – that will also take care of lightening the bottom half of the picture and will give some pop to the surface of the water. 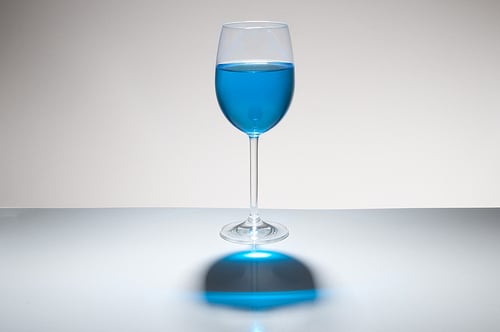 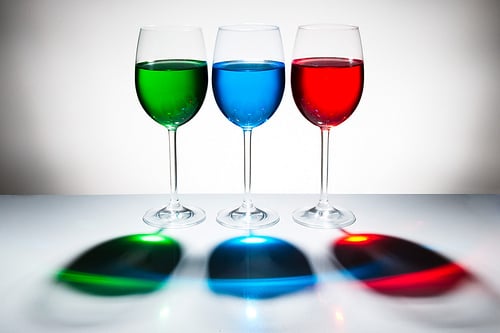 As for setup, I used two sticks-in-a-can with a bar and a nasty clamp as an improvised boom. 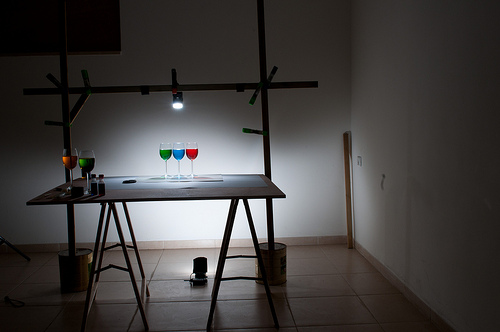 The other shot was more complex, getting five glasses in a row while keeping the pop on the upper part of the glass required a bigger light source. in comes the DIY lightstrip gafferred to the cross bar. 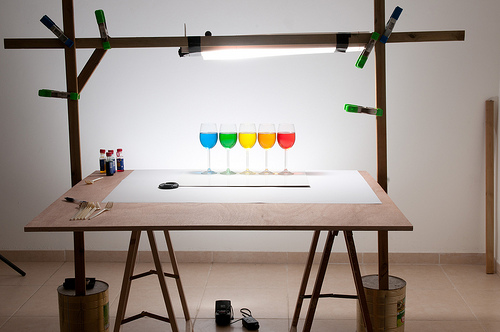 and the resulting image. this time the projection is cast downwards 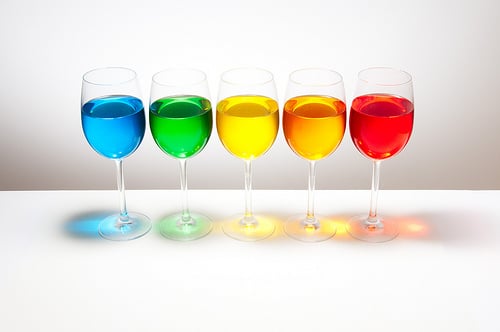 Now, looking back at this, it bits watching fringe as an afternoon activity.

« We Don’t Need No Light Meter,
The Real Story Behind Starbucks – Getting The Perfect White Balance »