After posting the big Macro tutorial, I thought it would be interesting to see what extreme macroists (yea, it’s a new word) use to get those super detailed shots.

I was surprised by the amount of ingenuity compared to the amount of High end gear (hint more of the first, less of the second). This just goes to show that even with what you may consider highly specialized areas like macro, you can still make some pretty darn good pictures if you accept the lack of money as a creative constraint rather than a wall of bricks. 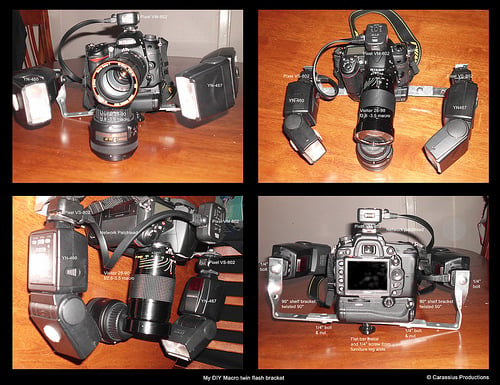 This rig by Jon Mather uses a D7000 for camera an old  reversed vivitar 70-150 with an extension tube for lens and a couple of Yongnuo strobes for light. The entire construction rests on a bent aluminum bar.

That’s what it’ll give you macro wise 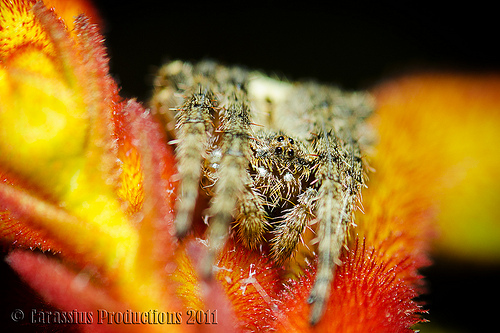 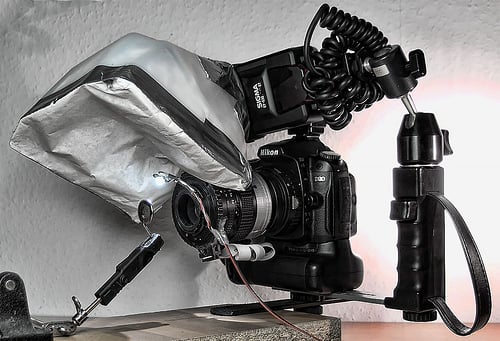 This rig from Charly is a bit more complex to create. The more complex element here is the reversed 35-70mm lens and extension tube that have their electronics modified so the lens can be controlled from the camera. A DIY softbox provides soft light.

This is the kind of macro that it creates: 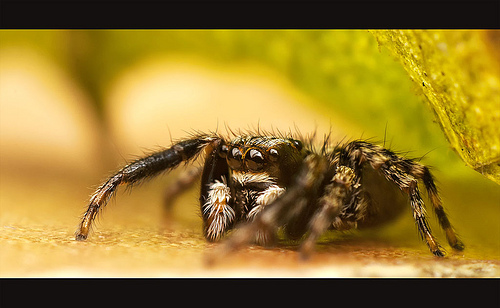 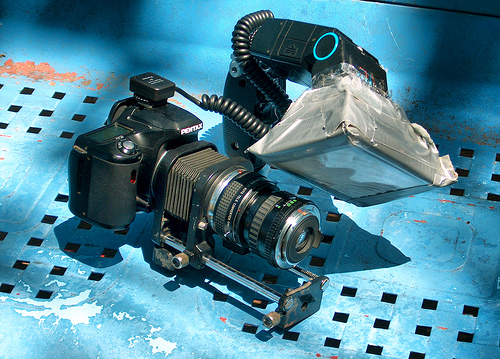 This last rig from Thomas Shahan uses Bellows, X2 converter, and a Pentax Takumar bayonet mount 28mm f/2.8 prime lens. (and what do you know, A DIY softbox). While this specific setup is not often used by Thomas he took the next shot with a similar setup: 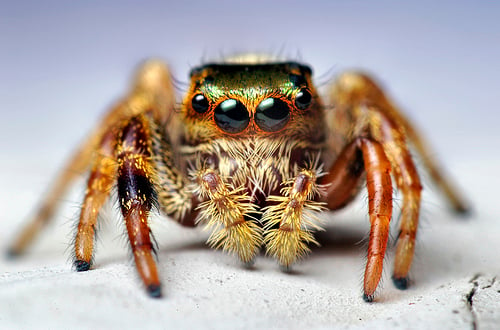 All three rigs have a few things in common, which I thought was worth mentioning in case you are after building a rig of your own:

Here is the thing about extreme macro, you get a very limited depth of field. To overcome this the aperture must be stopped down, and lots of light needs to pour in for that to happen. Strobes are the simple answer to the issue.

Luckily, since the strobes are so close to the subject, they can be A, set on low power setting and B small light sources. That 10cm softtbox looks huge to a spider 3 cm away.

A reverse lens (modified or not) is still one of the cheaper ways to get strong macro magnification. The beauty of it is that a reversed lens keeps all its optical attributes. Light does not care on which end it goes. So a high quality lens will produce a sharp image. Since those are usually used on manual settings, cheap, yet nice glass can be bought at ridiculous prices of eBay.

All the decisions are taken by the photographer. Even Charly’s rig that enables metering via the camera/lens combo does not take the duty of manually focusing and deciding on aperture.

After seeing those rigs in action, I can say for sure that money is not an issue when it comes to macro. What do you think?

« High Speed Primer – Triggers
Kids Science: How to Build A Huge iPhone Display On The Cheap »