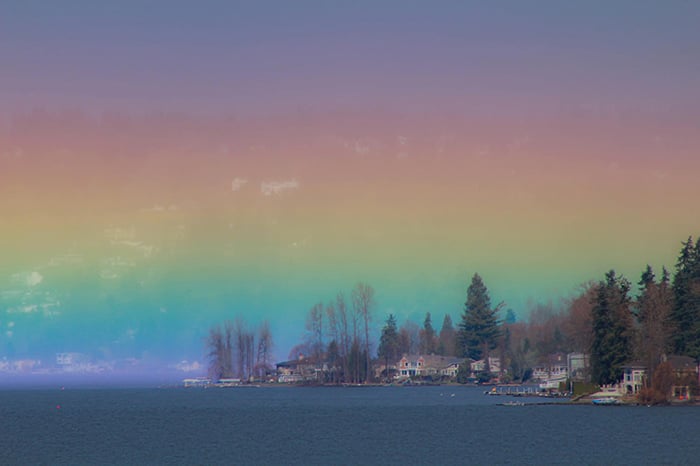 It almost looks like a Photoshop composite, but this is an uncommon but completely naturally occurring phenomenon. It’s known as a circumhorizontal arc, and this particular scene was spotted by photographer Cessna Kutz, who couldn’t help but photograph it – and who could blame her!

While technically not a rainbow, as rain has nothing to do with it, the description of “horizontal rainbow” does seem to do it justice. It’s actually light refracting through ice crystals suspended in the atmosphere. But regardless of what it’s called, it just looks beautiful. 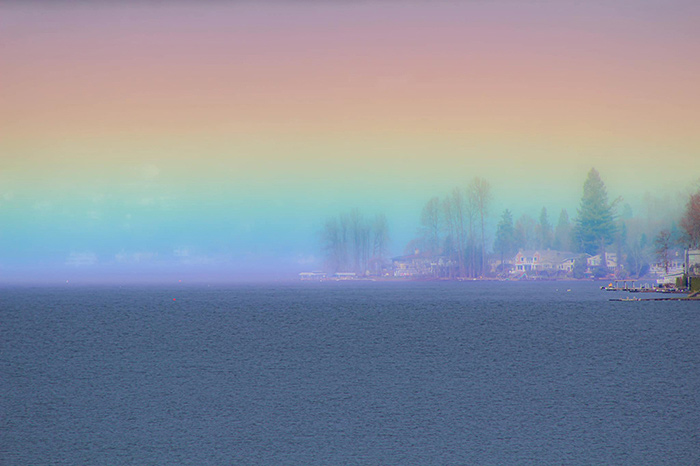 Cessna posted the images to Instagram, where they immediately started to gain a fair bit of attention. About them, Cessna wrote…

Witnessed a pretty cool phenomenon out on Lake Sammamish today. A horizontal rainbow! To me, it was a little reminder to hold onto hope and love instead of fear and panic in these unknown times. Stay safe out there, friends.

Such an event is quite uncommon, although not always as rare as some might think. The frequency with which one might see a circumhorizontal arc depends largely on geography. Latitudes further from the equator will see them less frequently, and only when the sun is at a certain elevation in the sky. This means that you’re almost five times as likely to see one somewhere such as Los Angeles, for example, than you would in London.

These arcs can be created by either the sun or the moon although they are reported to be rarer at night. I’ve only ever seen this phenomenon with my own eyes once and it was during the daytime, but it was nowhere near as dramatic as that which Cessna managed to photograph. What a stunning sight to have witnessed!