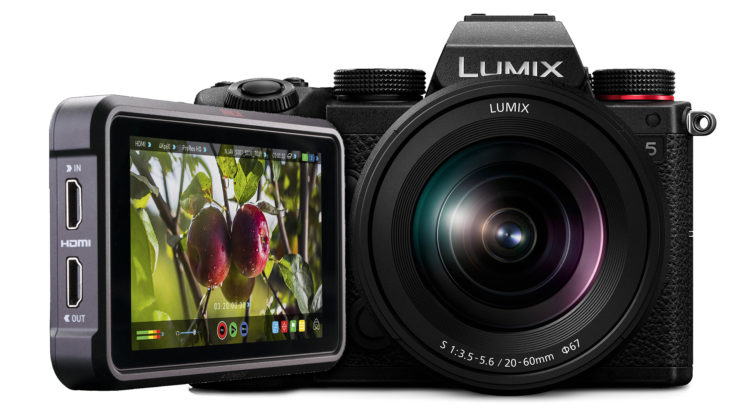 Panasonic recently announced that they had a bunch of new firmware updates coming for their full-frame mirrorless lineup, including their newest addition, the Panasonic S5. Of particular note was that it would allow the S5 to shoot 5.9K ProRes RAW when paired with the Atomos Ninja V. Well, now, Panasonic has released those updates and so has Atomos.

New firmware has been released today for all of Panasonic’s full-frame mirrorless cameras, including the S1, S1H, S1R and S5. They’ve also released new firmware updates for a couple of their Micro Four Thirds cameras, too, including the G9 and the G100/G110. There’s no ProRes RAW on the MFT cameras, though.

To shoot ProRes RAW on the Panasonic S5, you’ll need the Atomos Ninja V monitor recorder. But it will allow you to shoot 5.9K up to 30fps, 4K at 60fps and 3.5K anamorphic at 50fps in either ProRes RAW or ProRes RAW HQ. This means that you can now get a full-frame setup capable of shooting 5.9K ProRes RAW for under $2,500!

As No Film School points out, ProRes RAW is rapidly becoming standard in raw workflows, with it now having full support in Final Cut, Avid and Premiere Pro. Unfortunately, there’s still no support in DaVinci Resolve yet – something that users were hoping would come in DaVinci Resolve 17 – but hopefully that’s something that will be resolved (no pun intended) eventually.