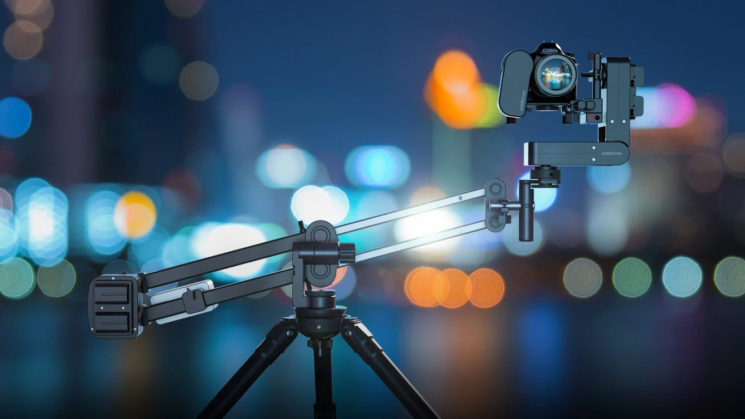 I see a lot of jibs, sliders, cranes and other doohickies appear across my screen as new gear is announced. Other than the ridiculous ones they use in Hollywood, not many of them grab my attention. But Edelkrone’s new JibONE certainly has. On first glance, it looks much like any other mini-jib for your camera, except that it has Edelkrone written on it. But this one also has built-in motors and can be controlled via your phone.

Jibs can be fantastically useful tools for video. Big ones allow you to get height, perspectives and motion you wouldn’t otherwise be able to achieve, especially indoors where you can’t fly drones. They let you get some nice smooth camera morion, with horizontal movements similar to those you might get from a slider, but also vertically, too. And one of the big benefits of jib design is that it will keep the camera pointing in the same direction regardless of how you move the arm.

But the Edelkrone JibONE goes beyond this, thanks to remote control from your smartphone over Bluetooth. you can also connect it to the Edelkrone HeadOne or HeadPlus pan and tilt head, which is also controlled via the app, for maximum positional control over the camera and its movements. Start and endpoints can be configured in the app to create smooth seamless movements from one position to the next. 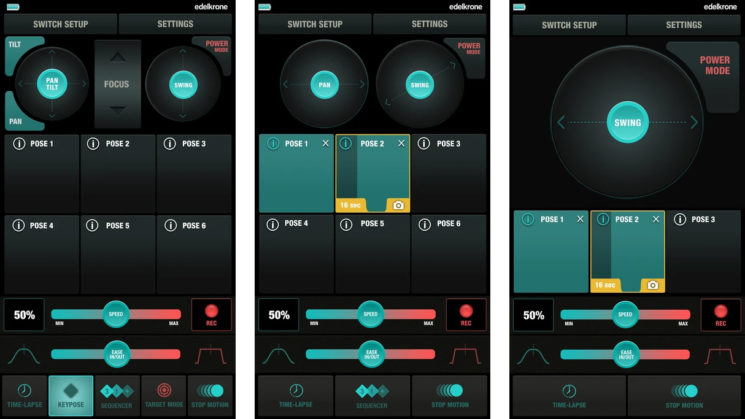 You can set the speed for video, timelapse, or even stop motion. You can also adjust the easing and smoothness of the motion to better follow the action, and even add waypoints in between the start and endpoints. The motion can also be looped for things like interview shots, and you can also mount the camera below the head for very low to the ground shots.

Folded, the Edelkrone JibONE takes up relatively little space. At 61 x 17 x 15cm when folded, it’s not really much more than your average small video tripod, although it weighs a little more at 5.5kg. It has a 3/8-16″ mounting hole in the bottom to attach it to the top of your tripod, and another 3/8-16″ threaded bolt on top for attaching the head your camera goes onto.

For continuous video, it supports 50cm of movement over 8 seconds (6.25cm/sec) at its fastest and over 140 seconds (3.6mm/sec) at its slowest, and supports loads up to 5kg or less (including the weight of the head you put on it). It’s powered by a pair of either Canon LP-E6 type batteries or Sony NP-F style batteries – although the batteries and brackets are sold separately. It can also be powered by a DC adapter.

With 28.8Wh of power (that’s a pair of Canon LP-E6 batteries) it operates for 2 hours continuously at full speed or it’ll let you shoot up to 12,000 photographs in timelapse mode. If you throw a couple of NP-F970 batteries on there, that’s going to increase significantly. It’d probably get you through a full day of shooting at least.

Of course, this tech doesn’t come cheap, especially when it’s got Edelkrone’s name on it, but the JibONE actually seems rather reasonable. It’s available to buy now, priced at $999 (not including the head) or £779/€899 in the UK and Europe, from the Edelkrone website.

I’ve never really thought “Oooh, I need to add a jib to my arsenal!” before. Now… yeah, kinda think I might.

How to make a (sort of) DIY JibONE camera jib

The C-PAN camera guide arm is a jib, slider and curve all rolled into one

« The Canadian Internet Registration Authority has a free stock photo library, and it’s hilarious
What my digital art looks like before and after editing »