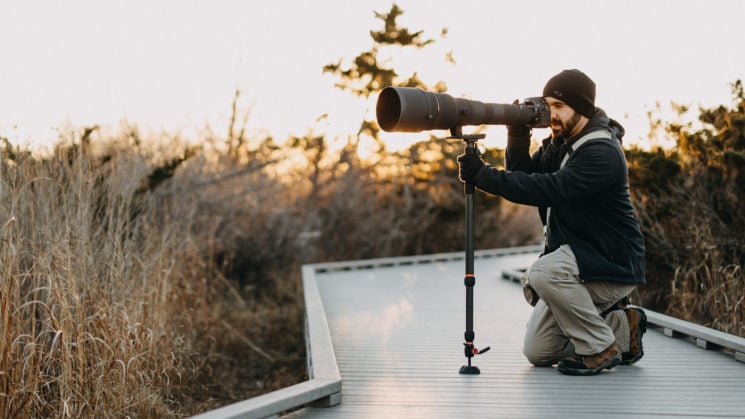 Cameras becoming smaller and easier to manage has led to monopods becoming more popular as a preferred camera support. As many are coming to the world of video from photography, a lot of folks already own one, so it’s only to be expected. They offer more mobility with a sort-of stabilised handheld feel to them.

Tiffen’s new offering, though, takes video support to quite an extreme. Capable of holding up to 25lbs (11.3kg), the new Steadicam Air is a lightweight carbon fibre monopod with an easy foot pedal for quick height adjustments. And it weighs only 3.5lbs (1.6kg).

Monopod announcements generally don’t catch my attention. This is mostly because the one big issue I have with 99% of monopods is that you still need to adjust the height of them using fiddly knobs and levers. And not having those is precisely why this has piqued my interest. 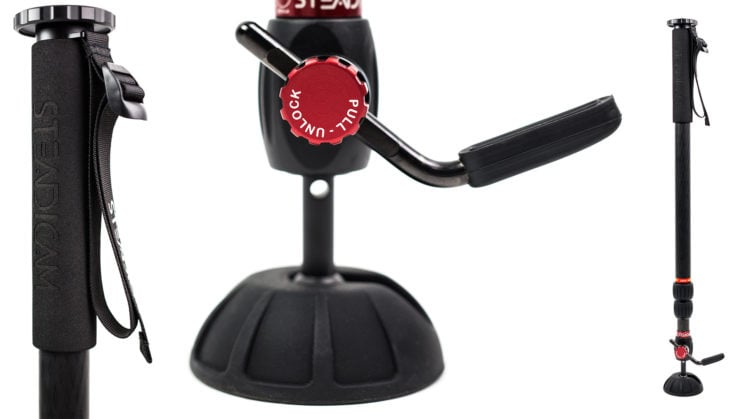 For the past decade or so I’ve been using a Manfrotto 685b Neotec monopod. That one does away with the knobs and levers, replacing them with a simple hand grip to release the mechanism that allows you to adjust the height of the monopod. It’s been a fantastic system, but it’s getting a little dated now, and it’s not really built for heavier video camera rigs I find myself using recently. Of course, why would it? It’s designed for photography, not video. 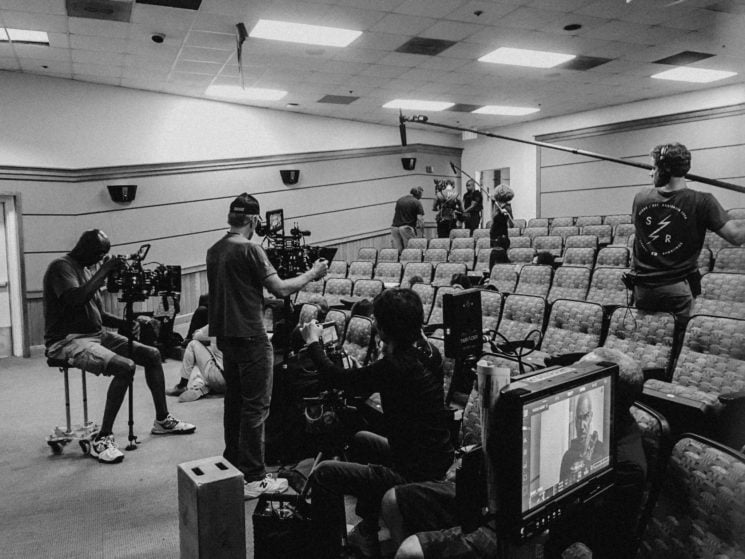 But the new Steadicam Air is, and it should still work great for photographers, too. With a load capacity of up to 25lbs (11.3kg), it can handle pretty much any rig you might hope to place on top of it, as the image above, shot on the set of CBS’s S.W.A.T., illustrates. What makes it really special, though, is a foot pedal that allows you to unlock the monopod to adjust the height. Simply press the pedal with your foot and raise or lower your camera. Take your foot off the pedal and it’s locked at that height.

The tripod is made of three sections, including one twist-lock leg allowing for a 360 degree rotation. The height adjustment activated by the pedal is made possible by gas lift and spring activation. It’s also made of carbon fibre, so it packs this heavy load capacity into a very lightweight package at only 1.6kg (3.5lbs) 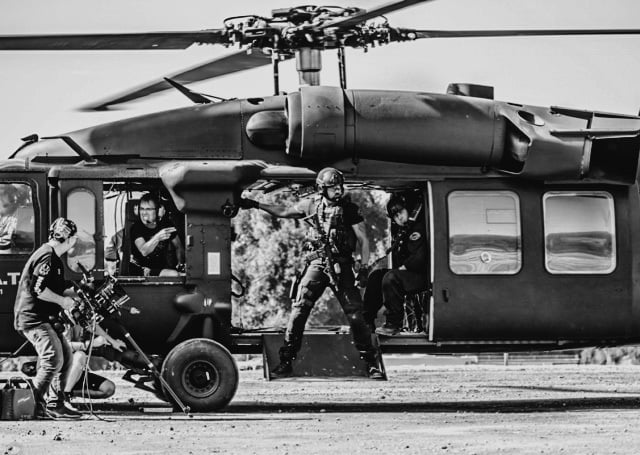 While many images of the Steadicam Air show the camera or lens tripod collar mounted directly to the top of the monopod, you can put an actual head on there. On the top is a reversible 1/4-20″ and 3/8-16″ mounting screw. Simply open up the top plate, flip it the way that gives you the one you want, and then close it back down to attach your camera or head. And it’s even available as a kit for video shooters with an E-Image GH-03 fluid head.

Other than the Manfrotto Neotec 685b, this is the only monopod I’ve seen that offers such quick easy height adjustments. And it’s a logical choice for a monopod capable of lifting such weight. If you’ve got 10kg+ of camera rig on there, supporting it with one hand while trying to turn a knob with the other isn’t ideal. 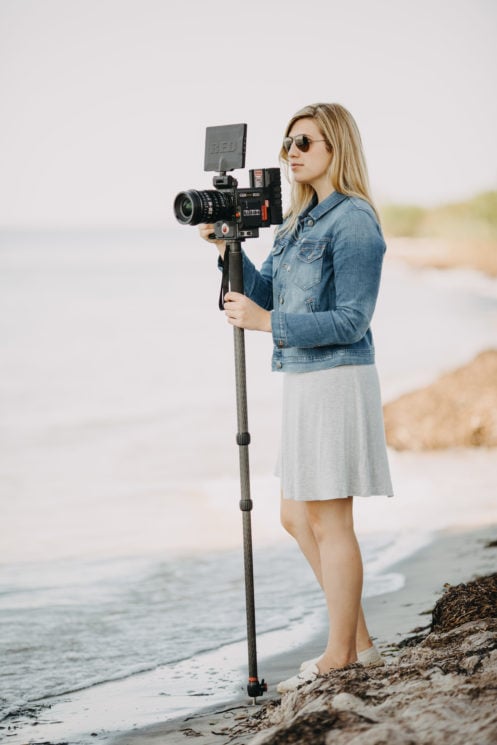 The only thing really missing from this monopod, as well as the Manfrotto I mentioned, is a free-standing option. Feet offering the ability to let go for a short time and have both of your hands free can be invaluable. But, with a load capacity like this one, it makes sense why a set of feet have not been implemented. That much weight at the top of a 160cm pole would put an awful lot of pressure on any tiny feet that might be there.

But it does mean that if you want to set it down and fish around in your pockets for something, you’re generally going to have to remove the camera from the monopod in order to set it down. I think that’s a small sacrifice to make for such capacity, though.

The Steadicam Air is available to order now for $499 and comes with its own carrying bag. As mentioned, it’s also available as a kit with the E-Image GH-03 fluid head priced at $624.95. A lighter weight version of the Steadicam Air with a 6.8kg (15lb) load capacity is expected soon priced at $399. You can find out more on the Tiffen website.

« Use this simple Photoshop technique to shoot in the dark and effectively reduce noise
Quick Tip: Use Color Range Masking to quickly make precise selections in Lightroom »