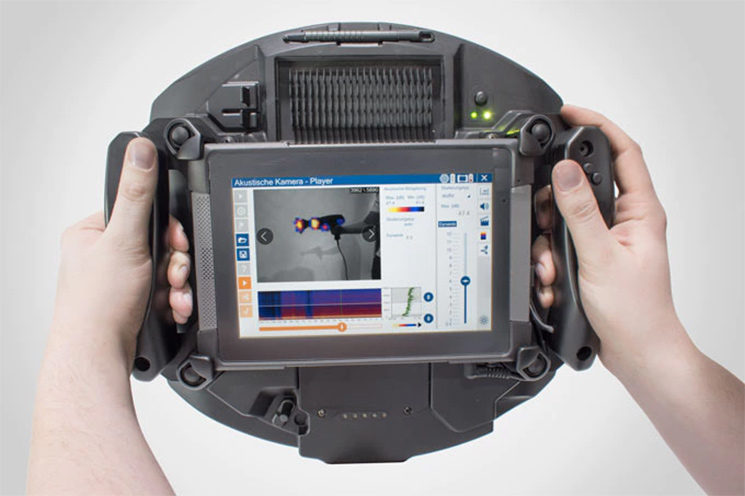 When we hear of “seeing sounds”, we think of conditions like synesthesia, or perhaps a mind-altering substance here and there. But being able to see sounds is an actual technological thing, too. It lets you “see” where sounds are coming from. Extremely handy if, for example, you’re attempting to soundproof a room or trying to track something emitting a certain noise.

And that’s exactly what SOUNDCAM does. Using a camera and an array of 64 microphones, it lets you see exactly from where a sound is being emitted. CAE Software and Systems who manufacturer the SOUNDCAM claim that “it’s intuitive and as easy to use as a smartphone”. Well, I’d like to see them slip this thing into their pocket.

It triangulates in a similar fashion to GPS. It listens to the signal from multiple locations on the back of the unit and then calculates the tiny fractions of a second delays between the sound reaching each microphone. And from here, it can determine where in 3D space the sound is coming from and map it to the 2D image of the scene that the regular camera sees.

With the speed of sound being a fairly consistent thing, it’s easy enough to calculate (relatively speaking). As SOUNDCAM describe it…

Sound propagates as a wave at a certain speed, which means that sound needs a certain amount of time to propagate from a noise source to each microphone of the array. Depending on each microphone’s position, the sound wave will need varying travel times. The algorithm running on SOUNDCAM analyzes these time delays and calculates accurate acoustic pictures and videos in real time.

They also say that there are other acoustic cameras out there, but they’re extremely expensive and only affordable by huge companies. So, if you’re setting up a home studio to record audio in, figuring out exactly where that annoying hum is coming from isn’t really all that practical at those sorts of costs. 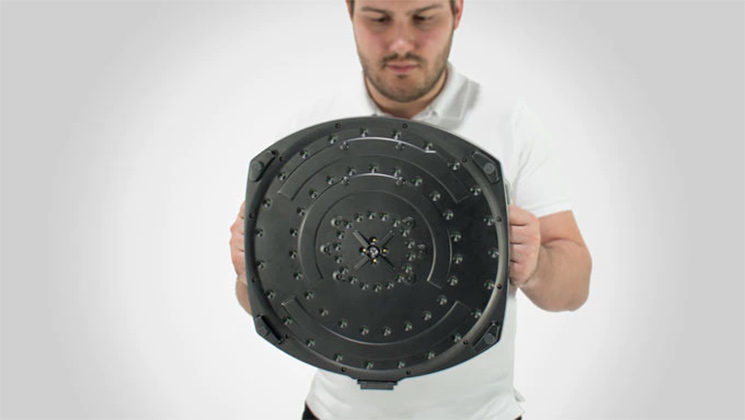 CAE hails SOUNDCAM as “affordable”. But affordable is relative. You’re still looking from around $5,300 (€4,399) to pick up a SOUNDCAM at current Kickstarter prices. Once the campaign’s over, and it goes on general sale, you’re looking closer to $9,700 (€7,999). Compared to the €100,000+ cost of other systems, though, that does sound fairly affordable.

I still probably wouldn’t recommend buying one of these just for setting up a home studio, but I do wonder if these may become available to rent for a day or two at some point. If you’re regularly shooting video in unfamiliar places, though, it may be worth looking into acquiring a unit like this to help you find and quash annoying sounds while filming on location.

You can find out more and back the project if it interests you on Kickstarter where they’ve near-tripled their €30,000 goal and are currently sitting at just over €83K with 26 days to go.