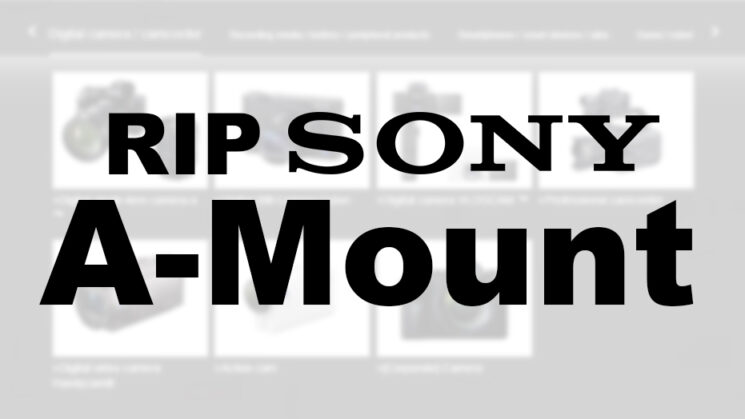 If Sony hadn’t already made it crystal clear that the A-mount was dead last May when they removed all of their A-mount cameras from their website. Minolta’s legacy has now been pretty much thrown into the abyss.

It’s not too terribly surprising, really. The A-mount was created by Minolta way back in 1985. It was inherited by Sony during their acquisition of Minolta in 2006 and they haven’t released an A-mount body since 2016. E mount is most definitely the future of Sony – especially now Sony finally has an E mount flagship body in the form of the Sony A1. 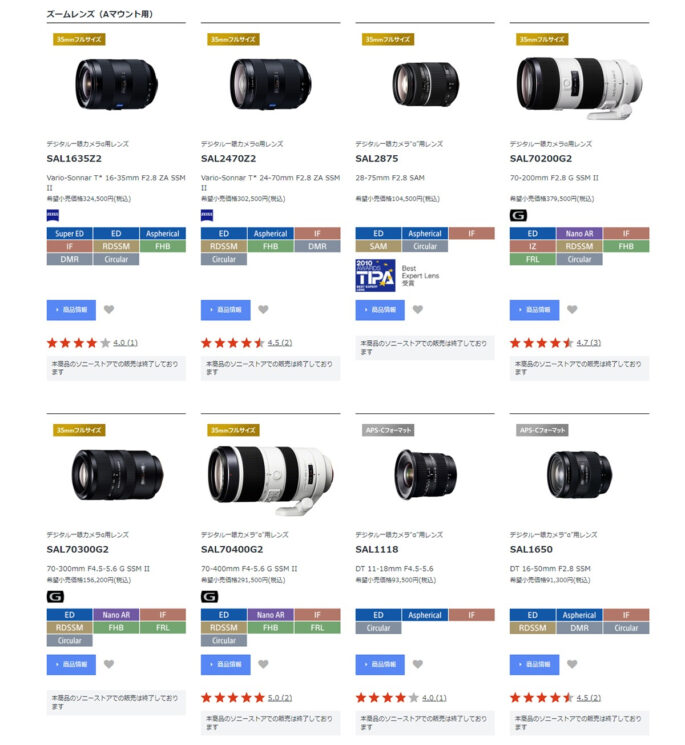 Some of Sony’s former A-mount inventory

Despite being removed from the main Sony Japan website, a number of A-mount lenses are still listed as being available on the Sony US website. There are also still quite a few listed at B&H as well, although if you want something “Special Order” like the Sony 500mm f/4 G SSM, then I wouldn’t get your hopes up. They probably wouldn’t be able to get hold of one anymore – and that one’s not listed on the Sony USA website, either.

I don’t expect the rest of them will stay up on there for very long, either.

It’s a shame but as I said, it’s not much of a surprise.