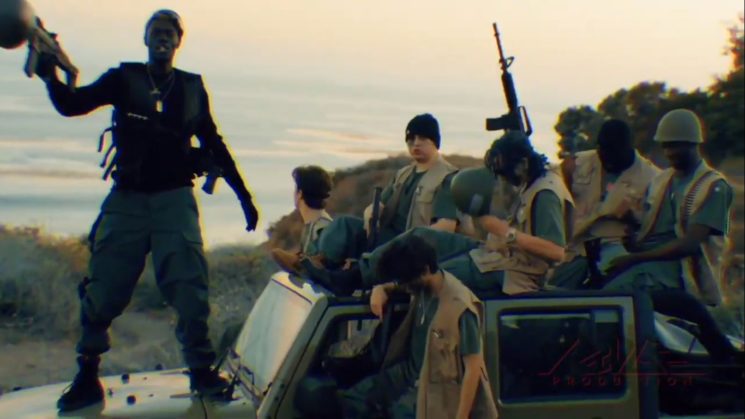 Production company Ridge Productions shot a video for a rapper Sheck Wes. However, he allegedly decided not to pay for it, so Ridge Productions decided to get even. They used the footage to create their own parody video and troll Wes. But although the parody video is absolutely hilarious and has amassed around 1.5 million views so far, it has caused both positive and negative reactions.

The whole story began when Ridge Productions shot a video for Sheck Wes’ song Gmail. Alternative Press reports that the rapper didn’t pay for the video. In an attempt to get back to Wes, the team originally published the video that they’d shot. However, they soon got a cease-and-desist letter from Wes’ counsel, along with a few angry Instagram DMs from the rapper himself.

After this, the team made their own video. At the beginning, you can see the screenshots of the email and DMs they received. “If he would have just asked me nicely and been like, ‘Oh, you guys didn’t get paid? Let me figure that out,’ I would have just taken the video down. But we recorded our own version,” Pat Ridge explains. Since the team technically owns the footage, they played with it and created a parody video that may be childish, but it still made me chuckle.

The parody video is titled Sheck Wes Didn’t Like our Music Video, So We Made This, which answers the question of why the rapper allegedly didn’t pay for the original video. It features the original footage shot by Ridge Productions paired with hilarious dubbed sounds and words. The parody has gained a lot of attention and over 1.48 million views so far. And while certainly was amused, I’m biased about the team’s decision to mock the rapper this way.

I concluded from Wes’ DMs that the song hadn’t been out yet, and Ridge Productions published the original video as an act of rebellion. While they do own the footage, they don’t own Wes’ song. As a matter of fact, this could have gotten them in legal trouble. The video was removed from YouTube, and the team later decided to release their own parody version.

Okay, this kind of parody can be a way to get back at a client who doesn’t pay you. It can be a way to have fun with the situation if nothing else. I find it amusing, and so do many other people who have seen the video so far. However, the other ones think that this is very unprofessional and that it could cost Ridge Productions future clients. And no matter how funny it is – is it really the right way to deal with a client who ghosts you? What do you think?

« How to lightpaint complicated shapes with your drone
Shooting film vs. digital in music photography »