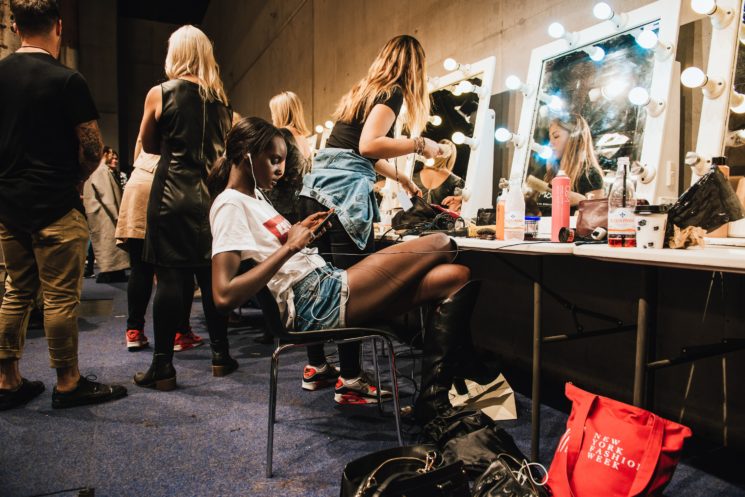 Over the past few days, I got hooked on Jessica Kobeissi‘s reaction videos, where she comments on America’s Next Top Model. I’ve never watched the show itself, but I watched a few episodes through Jessica’s videos – and they left me shocked! I felt the need to talk about it and share my thoughts. But since I’m pretty terrible at making videos, I’ll do it in this article.

One of the most problematic shoots is the one where they made the models “switch ethnicities.” In other words, they put makeup on them to make them look like they were of different races and ethnicity. Need I mention that this shoot was full of racial and ethnic stereotypes?

But then they did it again. In my opinion, this one was even worse. Each model was supposed to be a random mix of two different ethnicities, and this shoot was packed with stereotypical makeup, clothes, props…

I wouldn’t even know where to start commenting on this one. Comments on Jessica’s video say it all and I can only imagine how terrible it was for the people whose ethnicities were poorly portrayed in this shoot.

“I’m Native American, and here’s my thoughts: disgraceful. We are not a costume. Every bead, every feather is blessed and sewn in by prayer. They are earned and to be worn with cultural pride, not to be mocked or portrayed. I don’t know how the headdress is made, but that part doesn’t matter if it’s used on a non-native American woman, period. I used to like ANTM, but that was before I grew up and realized how offensive this truly was.”

The last reaction video Jessica has published so far is a “homeless photoshoot,” where the ANTM is basically glamorizing and banalizing homelessness. Not to mention that the models who play the homeless are dressed better than I am at my own birthday parties.

But what I wanted to talk about the most is how the crew and the jury treats the models on the show. There were two potentially dangerous episodes, one with a crocodile in the frame, and the other with bees who were flying around the models and crawling all over them.

In the “bee photoshoot,” the crew was completely insensitive to the models’ fear. One of them couldn’t stop crying during the shoot, and they just didn’t care. In the “crocodile photoshoot,” each of the models was “transformed” into an animal the production chose for them and they posed with a freakin’ crocodile. They chose one of the models to be “an elephant,” gave her a really ugly costume, and they emphasized her belly during the shoot. Afterward, when they were judging the photos – they started judging her looks. The jury called her out for putting on some weight, and literally bullied and body-shamed her on national television. Generally speaking, they are always bullying and shaming the models and being all judgmental and nasty.

One of the episodes sparked a lot of controversy for body-shaming a model. Tyra Banks tried to make one of the girls to visit a dentist and close the gap between her teeth. When the girl refused, this is what happened:

In one of the episodes, the models posed in a huge bowl of Greek salad wearing lingerie. I won’t go into how tacky the concept is, but I wanna tell you about a girl who didn’t want to pose. She said that she didn’t do lingerie shoots, so she refused to pose. The crew convinced her that “it was just semantics” and that “the lingerie looks like a bathing suit anyway, and she had posed in a bathing suit.” They were really unpleasant to her and were constantly trying to make her go against her principles. She stuck with her decision – and they sent her home at the end of the episode.

I ended up watching some six or seven episodes and a bunch of random clips from the show, the way they treat the models is truly terrible. In my opinion, they often bully them, there’s no constructive criticism, and more often than not, they also body-shame the girls. I know it’s all for the show, but honestly: I think it makes it even worse!

After watching some of this terrible show, there are two things I want to say here. To photographers: please don’t ever be anything like this. Your job is to make your models relaxed and to get the best out of them in your photos. You should help them get through their fears and insecurities, not make them feel even more scared or insecure. You should respect their wishes and personalities, and of course, never ever shame them for their looks or anything else.

And to models: please don’t ever accept this kind of behavior. I firmly believe that nobody deserves to be treated this way, and you shouldn’t accept bullying, shaming, and abuse as being “a normal part of the industry.” And don’t let anyone make you think that you should. There are many photographers and other folks in the industry who are kind, respectful, and who treat other people right. This is who you want to work with and you’ll all enjoy the collaboration.

Let me know: have you watched ANTM? What are your thoughts on the show?

Model Bs: A Tinder-like app that conects models and photographers in only a few swipes

Photostealers, Please Take My Images Or Why It Sucks To Fight Copyright Infringements From Overseas

« Viltrox completes its fast autofocus prime lineup with the 56mm f/1.4 for Canon EF-M
Times are hard, but don’t give up on photography »