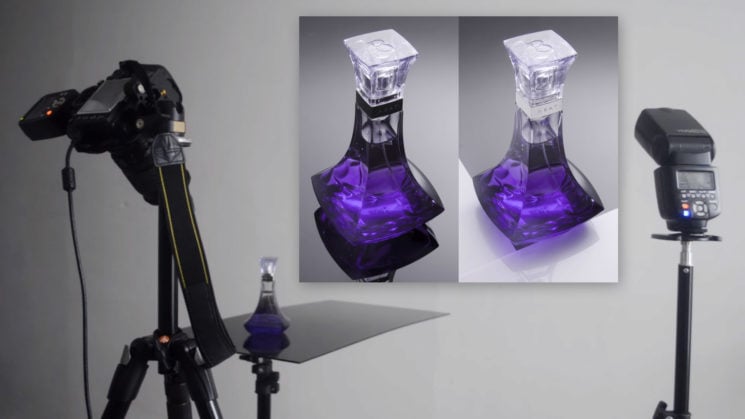 Photography Dustin Dolby is a great source of information for creating small product photography. Especially with minimal kit. He often uses just one or two speedlights to create multiple lighting setups, and then composites them in post. In this video, Dustin goes into a lot more detail about the actual shooting process and how he uses the light to build shape and form.

Dustin doesn’t delve into the compositing and retouching side of things in this video. But he’s covered that plenty of times in the past. Like this one where he utilises Photoshop’s Lighten blend mode to create a final product image for the Xioami Mi Box. Here the focus is more on shooting and using light to create form and volume.

Dustin begins by showing us what not to do, which is to blast it with light from the front. Lighting a glass object isn’t like lighting many regular objects. Visually, it just doesn’t respond the same way. Rather than light bouncing off its surface, it refracts through its volume. Sure, glass has reflections, everybody knows this, but you’re seeing a mirror image of the rest of the world. You’re not seeing the light actually brighten up the surface. 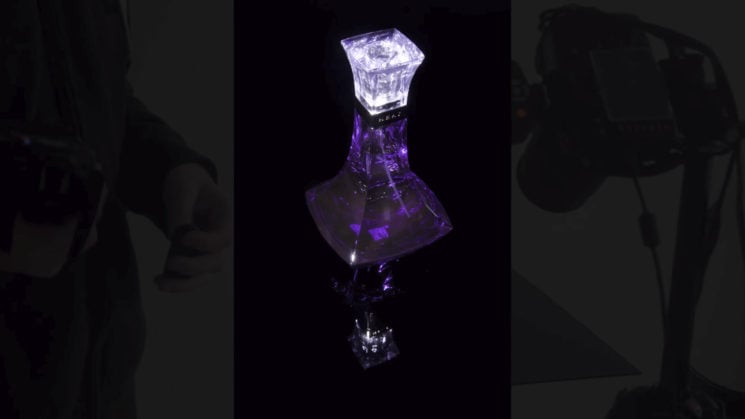 You can see in the above image that it really doesn’t show the form of the bottle at all. We some fairly cool internal highlights that may serve well for little enhancements in a composite, but it’s not great on its own. Especially with the cap blowing out. To add volume, Dustin changes the position of the light completely. And he doesn’t even aim it toward the bottle. Instead, he lights the white background, which then reflects off the surface and refracts through the glass. 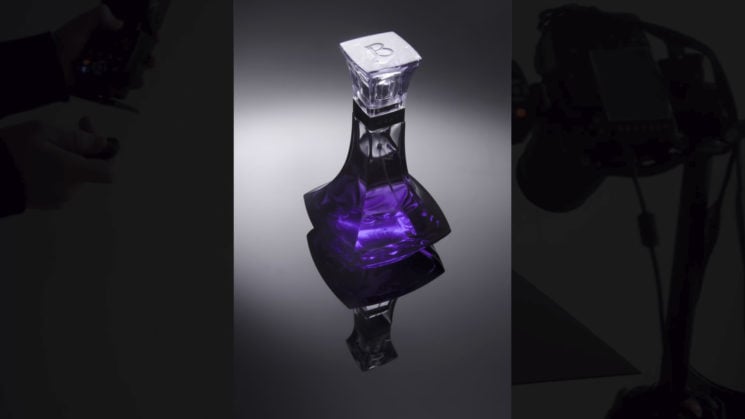 Now you can see that with the light bounced into the background, we get a nice surface on which the bottle can rest. We see a lot more colour without distracting elements on the bottle and its contents. And we can also see detail in the cap. In the first shot, I didn’t even realise the cap had a letter embossed into it.

Dustin  goes on to move the flash around to the opposite side, still reflecting off the back wall. This helps to show even more volume in the near surfaces of the glass, but also provides some more reflection on the rear surfaces to give you an even better idea of its overall shape and form. 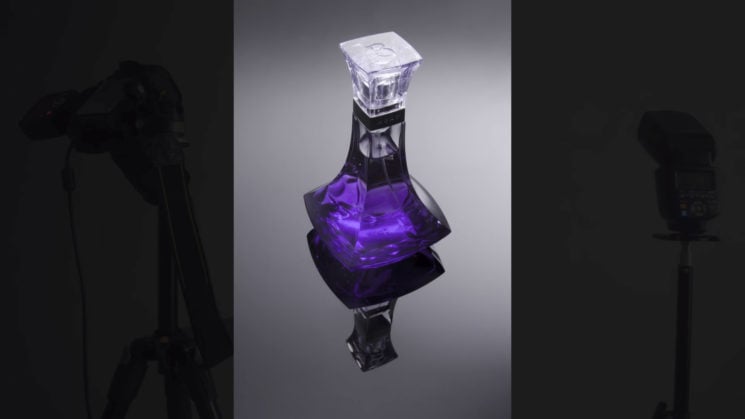 While the images are intended for compositing, Dustin says that it’s a good idea to tweak. This image could become 90% of your shot, the base onto which other elements are added. So, it’s worth taking the time to get it as close to finished as possible now to save you time in post. An extra shot, for example, would be to light up the band going around the bottle below the cap. Dustin does this by using two boards as reflectors below the bottle. 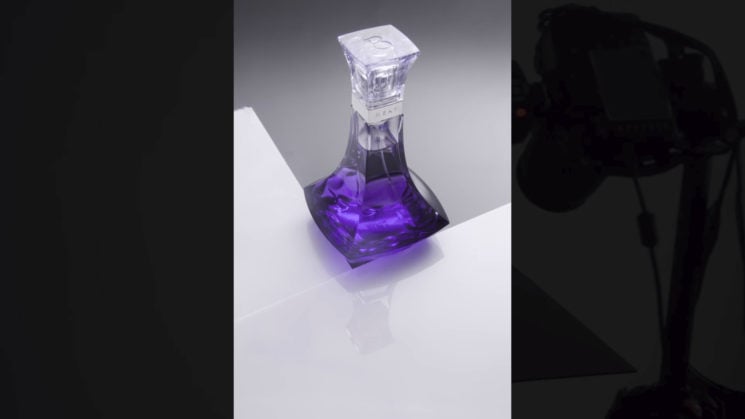 Now, much of this image is useless, and it certainly doesn’t stand up on its own. But you only really need the small band and you can mask the rest out. The reflectors also add a slight gradient reflection onto the surfaces of the glass sides in front. Whether or not they’re beneficial to you will depend on the image you want to create.

But it’s always good to experiment, especially when you’re photographing an inanimate object.

This is how table affects light when photographing wine bottles

A Clever Way to Photograph Glass