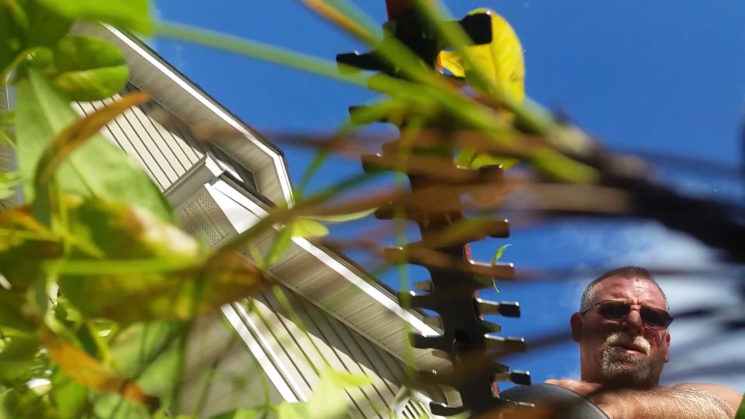 Whenever a new phone is released, a whole battery of non-scientific tests are performed for the benefit if YouTube viewers. One such test is the drop test. But drop tests get pretty boring, especially once the phone is in the hands of the masses. We see our friends drop them, or we drop them ourselves, and see what happens first hand. So then came the extreme drop tests.

I haven’t seen any that are quite as extreme as this one, though. Tennessee resident, Blake Henderson was flying in a plane shooting video of another plane with his phone. Suddenly it was pulled from his grip, and sucked out of the window. After surviving its plummet to the ground, it carried on filming, where it was discovered by a rather perplexed gentleman on the ground.

While not an intentional drop test, and although it did land on fairly soft ground, I’m surprised the phone survived so well. You can see in the early part of the video that the planes are at a pretty decent altitude. Henderson estimates that the phone dropped around 1,000 feet. 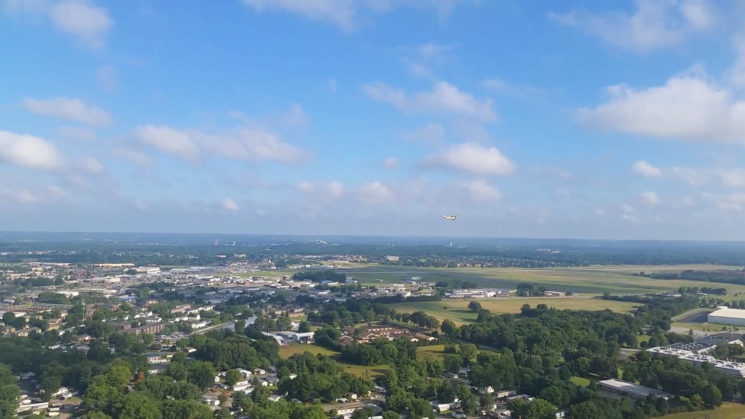 What’s absolutely hilarious, though, is the reaction of those on the ground when they find it. The person who discovers the phone thinks it’s his friend’s. When he passes it to him, his friend responds with some confusion, “This ain’t my phone”. They do note that it is recording video.

Henderson was eventually reunited with his phone, and his nephew, Robert Ryan, shared the footage to YouTube. This is the full 11 minute video.

My uncle Blake Henderson encountered severe turbulence while chasing a JN-4 Jenny bi-plane (seen at the beginning of the video). his phone was sucked out of the craft on accident and dropped around 1000 ft into a very nice families yard!

Incredibly lucky that it didn’t land on a roof, or a driveway. I don’t think we’d be seeing the footage if that had happened.

Note : Laughing Squid report that the phone is a Samsung Galaxy S5, but I haven’t seen that confirmed by Henderson or his nephew.