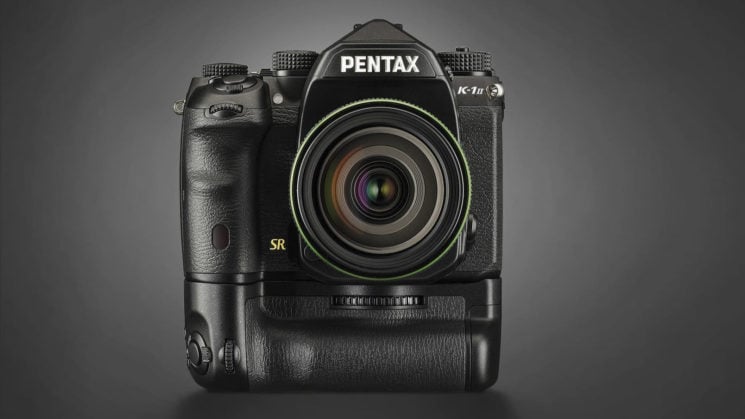 Pentax shooters waited for the original Pentax K-1 with great anticipation. After a few delays and issues, though, it was finally released in 2016. A full frame 36MP CMOS sensor, 5-axis in-body image stabilisation, an articulating LCD and build as solidly as one would hope from a pro body. Now, though, the K-1 Mark II is here, with a couple of nifty improvements.

The image quality’s improved, thanks to a new “Dynamic Pixel Shift” mode which allows you to shoot pixel shift without a tripod. They say that the autofocus tracking system has also been improved. Oh, yes, and it can see in the dark, thanks to the new ISO 819,200 top limit.

As those familiar with the K-1 would expect, the new K-1 Mark II is a pretty formidable camera because, in many respects, it’s identical to its predecessor. It uses the same 36.4 CMOS sensor, it also lacks the antialiasing filter, 33-point AF system and 5-axis in-body image stabilisation. It has that same “Cross-Tilt” LCD on the back, built-in GPS, etc.

What really makes it different is the added “accelerator unit”, which sits between the sensor and the PRIME IV image processing chip. Ricoh says that the pre-processor increases the signal-to-noise ratio, reducing the visible noise apparent in the images, and allowing increased ISO performance.

Another distinct advantage over the K1 is a new “Dynamic Pixel Shift” mode. Working in combination with IBIS, this allows you to create highly detailed images without having to deal with a tripod. Of course, it’s a bit like VR/IS. It may be able to counter a little handshake, but it’s not going to stop your subject’s movement. So, how well this works in the real world for anything other than landscapes or still lifes remains to be seen.

If you were hoping for some improved video options, you’re going to be disappointed. It still only shoots 1080p, and 50 & 60 frames per second are interlaced, not progressive. Which means that it might as well not offer 50 & 60 fps at all at this resolution.