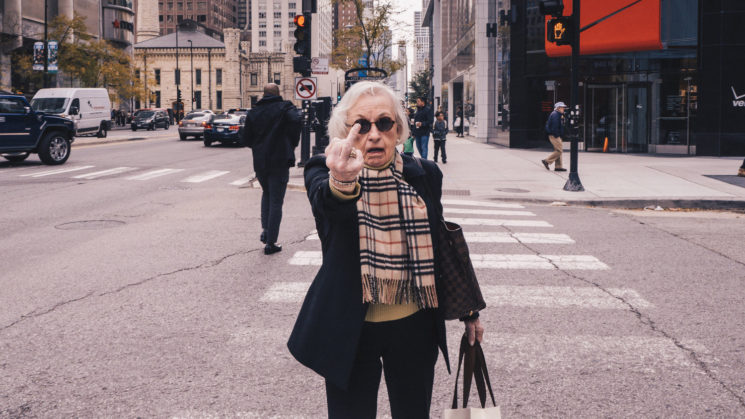 Today I used Lightroom Mobile to capture images on the street for the first time. I recently remembered that you can sync images from Lightroom Mobile right to the Lightroom desktop application. This was huge for me as I’m tired of syncing via Airdrop… It legit takes forever to select which images you want to import.

Anyway, when syncing the images I noticed each one took about 10-20 seconds, quite long, but worth it considering the images were RAW. This also gave me a little bit of time to inspect each image. I had nothing else to do so I looked over them one by one as they dropped in. I didn’t make any changes, simply evaluated them based on quality.

In each image (for the most part) I noticed something that I didn’t quite see in real time… Now I know, to a certain extent, this is expected, I’m looking at still images of a live moment, surely I couldn’t see everything during the time of photographing, but man, some of these things were right in my face and I didn’t even notice them. I’m talking poles, people in the background, possible juxtapositions, even unplanned reactions. I know it’s supposed to be my job to take notice of these things, but in an honest moment, I usually don’t. 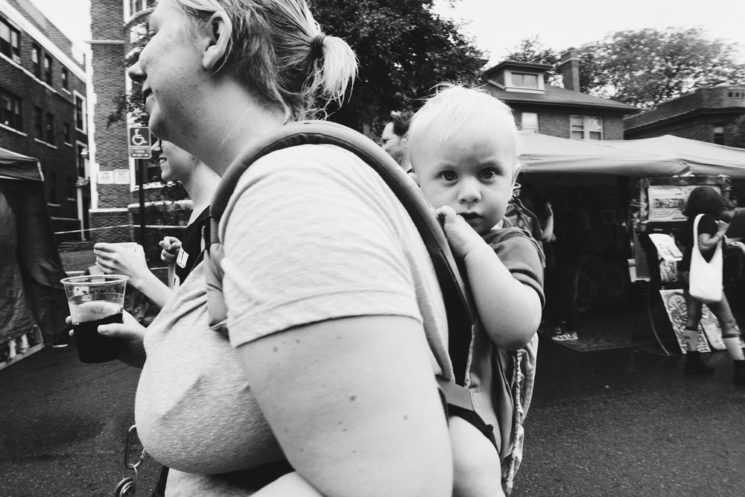 The women to the right is a distraction, so is the head in between the mother and the child… However, most won’t see that.

Here’s why… I’m not good at street photography. I don’t think about composition or juxtaposition, you’ll never see me follow the triangle rule or even the rule of thirds… I simply just take images, mostly up close and yeah, for the most part, I don’t see anything that’s not my subject. I’m brave, not skilled.

I’ve always known this, I’ve just been afraid to say it and when I did say it, well I rephrased it. Post like The More I Practice, The Luckier I Get or You Don’t Have To Be Original To Be Creative, where I basically just talk about how I replicated Mark Cohen’s photographic style… Even my saying Done Is Better Than Great steers towards the philosophy that one doesn’t have to be skilled to get things done. 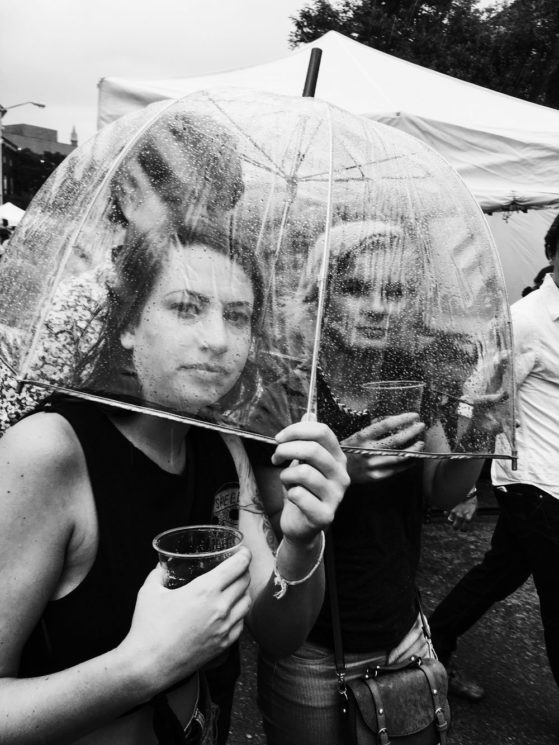 The composition on this photograph is horrible, but if you focus on the subject, you see what my intentions were…

Though my style isn’t technical, the idea behind it isn’t 100% incorrect. Much of street photography is f8 and be there, another important factor is to not be afraid… and then somewhere in that pie chart is skill, it safe to say that the person who possesses the first 2 qualities will out perform the photographer who only has the skillset. I’m willing to bet that someone who’s at the scene and fearless would capture far more interesting photographs than one of skill and fear… 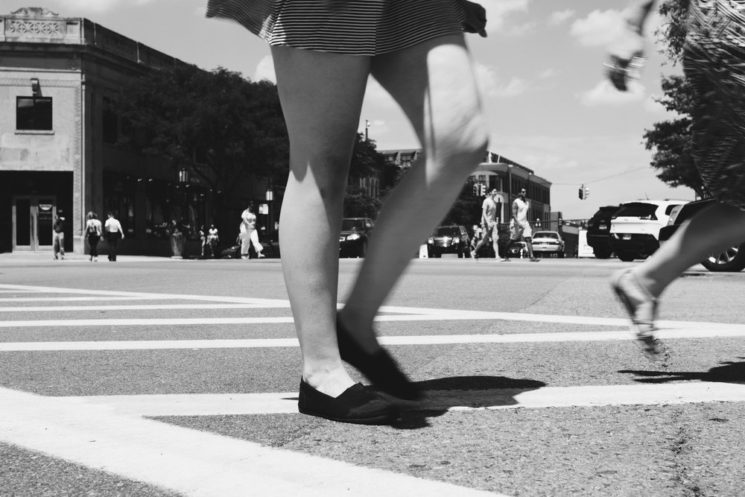 I didn’t plan for this motion blur, but I love it, it adds a unique element to the photograph. The stripes on her dress could also be said to complement the ones on the street… Again, I was just brave enough to get close and capture this, I didn’t factor any of this stuff in until I reviewed the photograph.

What am I trying to point out in this article? I think most of you are focusing on the wrong thing. Everyone’s trying to get better at composing or controlling the scene, don’t worry about that, it doesn’t matter if you’re scared to take the damn picture. In my opinion that should be the first aspect of street photography that you tackle.

Work on being brave, get comfortable shooting the subject, the foreground, once you master that then MAYBE you can try to alter everything else in the image, I’ve been shooting for 3 years and I’m just now getting close to that point.

Be scared to create