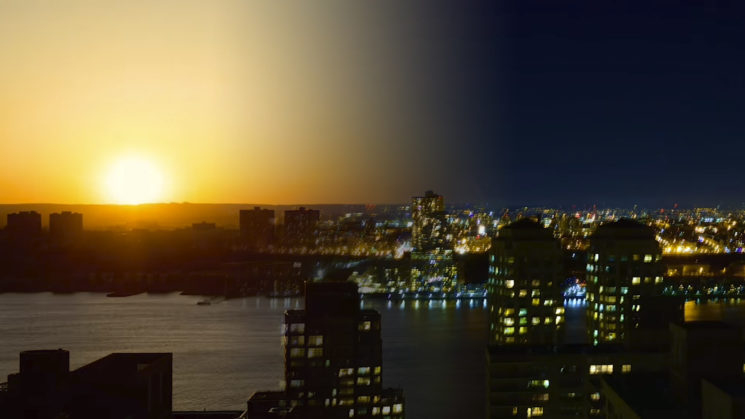 The day-to-night transition has been the holy grail for timelapse photographers since timelapse first became a thing. What makes it difficult is rather obvious. The exposure is constantly changing as time passes. But dealing with that change in exposure over the course of an hour or two is not so straightforward.

But it’s not impossible to achieve, and there are various ways to do it, as David Bergman discusses in this video. Each of the methods has their own advantages and disadvantages, and which technique you’ll use will depend on your own judgement. But this will give you a great starting point to make your own.

The main issue with creating a day-to-night timelapse is the constantly adjusting light levels in your scene. You need to be able to adjust your exposure slowly, gradually, as time passes.

The first of the solutions David suggests is to use aperture priority. This way, the camera looks at your scene, meters itself, and adjusts the shutter speed accordingly from shot to shot. But your mileage with this method will vary. There could be shifts in the scene which cause it to over or underexpose random shots. For example, perhaps a cloud temporarily covers the sun, darkening the ground, causing the camera to overexpose.

The other method David mentions is to shoot in manual exposure mode. Then you’d have to manually change your shutter speed as the sequence went on. My only issue with this is that you risk bumping the camera each time you make an adjustment to that shutter speed. Plus, if it’s an hour-long sequence, that’s going to be a pain.

In the past, there have been various devices generally called “bulb ramping intervalometers”. With these, you wire them up to your camera which is set in bulb mode, and these devices control the duration of your shutter. Like a regular intervalometer can, but it calculates how long the shutter needs to be open from shot to shot in order to create that smooth transition. I actually had a go at building one of my own back in 2011. 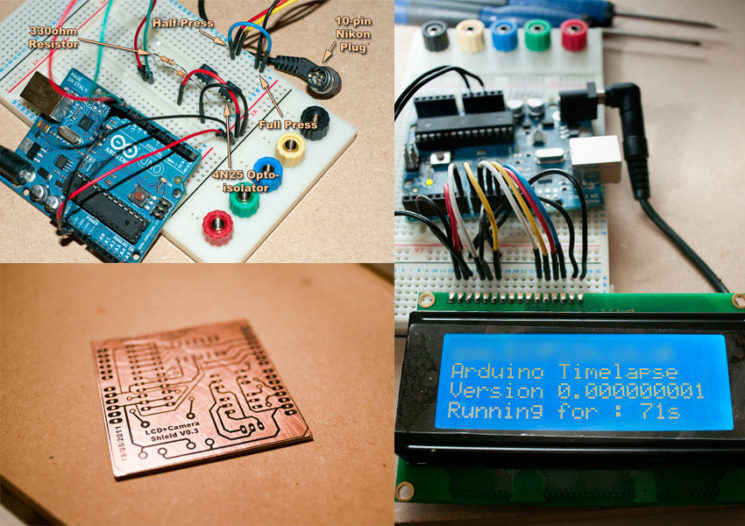 The results in my tests didn’t turn out too badly, either. The only real issue with it was the noticeable stepping in shutter speed durations allowed by the Nikon D200 and D300s bodies I was using at the time. Canon seemed to offer much finer control over shutter speed exposures when controlled by an external device while in bulb mode.

Personally, I think if I were to start doing more timelapses again and wanted that day-to-night transition, then I’d go back and build something Arduino-based again.

The Timescapes forum is a great place to go if you’re interested in building your own. There’s a whole wealth of information there on building your own Arduino (and other) based bulb ramping intervalometers in the discussions.

David does mention one thing, though, that’s still an issue even with this method, and that’s flickering.

With most cameras, when you’re not actually shooting a photo, the lens aperture is wide open so that you can see through it. Then when you hit the shutter, the lens stops down, the camera takes the shot, and then it opens back up again. The problem is, this all happens so quickly that the aperture is still bouncing into its closed position when the photo is taken.

So, to eliminate this, disconnect your lens from your camera – electronically & mechanically speaking. You’ll be set to manual focus anyway, so use a lens with an adapter that doesn’t maintain the electronic connection. I use M42 lenses with my Nikon bodies. And I use M42 and Nikon lenses with Sony and Micro Four Thirds mirrorless cameras. If there’s no connection between the lens and the body to control the aperture, then the aperture never moves, and flicker is 99% eliminated – especially when you’re not using aperture priority mode.

If you do still get a little flicker, then apps like LRTimelapse can solve that. Personally, I’ve had good experiences in the past with MSU Deflicker.

But for now, if you’re new to this, and don’t want to spend a bunch of money or aren’t great with electronics, then just go aperture priority and see how you go.