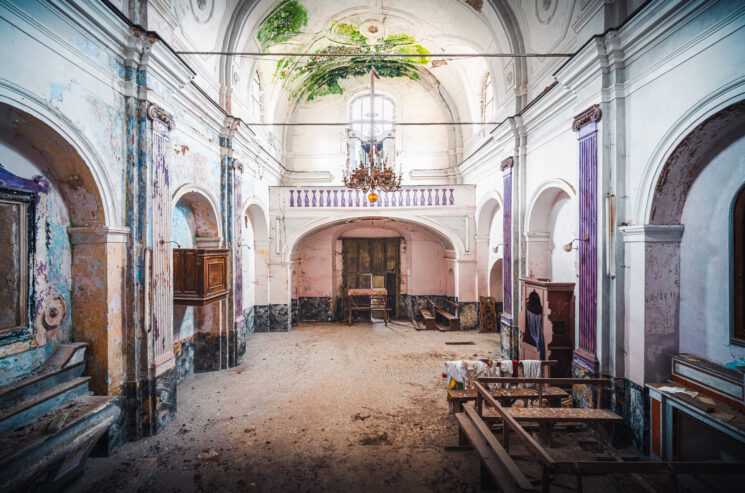 For centuries, church buildings have been a mainstay feature of villages, towns, cities and rural areas throughout Europe. From luxurious and majestic cathedrals to quaint country chapels, many places in Europe are home to religious sanctuaries. Today, some of the religious buildings are maintained in pristine shape, regarded as national treasures, while others meet a rather different handling. Whether on a busy city corner or being taken over by nature somewhere in the countryside, there are many religious buildings slowly getting lost to time and fading from collective memories.

Italy is a perfect example of a country that, thanks to its rich history of architecture, culture and connection with Religion as an institution, is becoming home to many different abandoned buildings and places. It’s estimated that there are over 20.000 churches across Italy, although the exact number might be closer to 65.000. From this number, at least 1.000 are confirmed abandoned churches, although it is probable there are many more, due to the records that have gone lost through time. From the north of the country, down to the most remote areas of the southern Italian islands, there are remnants of religious buildings. In most cases, these abandoned buildings are not known outside their specific neighborhood, and as time passes by, the remains of these buildings, including their vivid and glorious history, gets lost through time.

The notion of Italy being home to many abandoned places, especially religious buildings, is rather peculiar. After all, Italy has a rich history of religion, including a very tight bond with the Catholic Church, with the roots of modern Christianity as an organization dating back to the Roman Empire. The rise of Religion and its sanctuaries continued to expand for hundreds of years, with over a millennium of influence and power over politics and society. Every town in Italy has at least a chapel. For example, the small town of Chianche, which is not shown on most maps and barely has 50 residents, yet is home to two churches, one of which is in disuse.

The small town of Chianche and its churches, perfectly exemplifies the current state of churches around Europe. In most cases, there is a lack of resources or personnel to keep them running, leading to more and more of these buildings to become abandoned. However, churches are not the only things being abandoned, as entire villages and towns are slowly becoming deserted. Smaller communities fade into bigger ones, as people leave their village to seek better opportunities in larger urban cities. To add to that, many regions in Italy are prone to cataclysmic events such as earthquakes, happening every few decades. 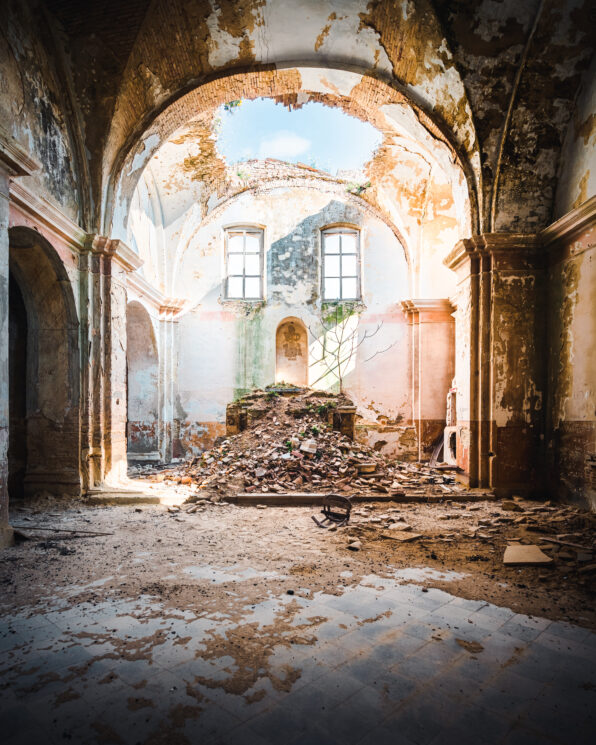 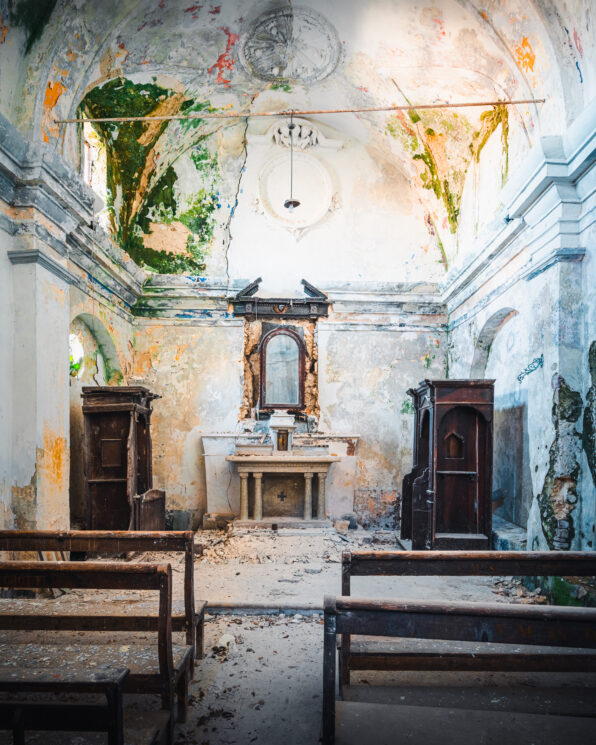 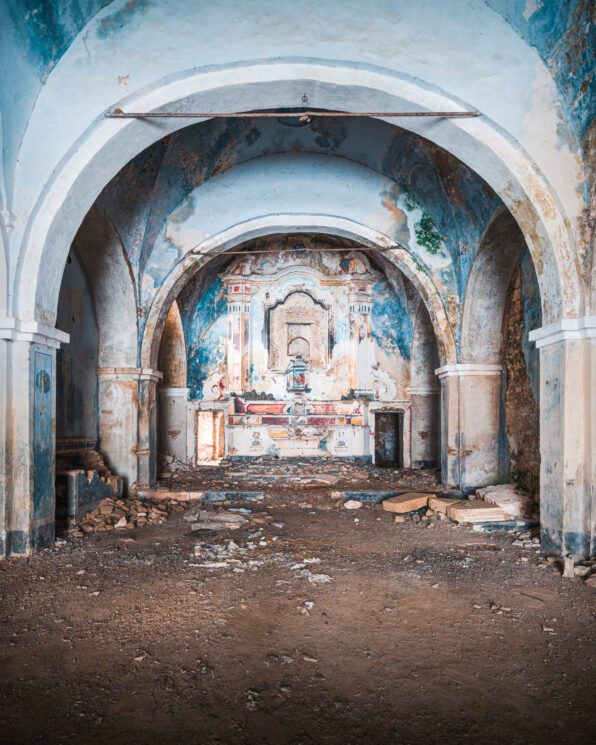 The question remains, in simpler terms, what is the use to allocate budgets and personnel, and to go the extra mile to preserve these churches if there is no community to enjoy it? No tourists to attract, or other relevant activities to be organized? The sad aftereffect of urbanization and the mass movement to larger cities is that small rural communities, and their sanctuaries, cease to exist. Interestingly, and contrary to Italy, in many other European countries, such as Germany, Austria, or Sweden, the trend of churches being abandoned is offset by the growing trend of conversion into something else, for example, restaurants, theaters, residencies, museums, or even concert halls.

Today, abandoned religious buildings in Italy and elsewhere offer a unique glimpse into the past. A source of reflection and introspection, perhaps, as they prompt us to think about the future. If a church, once the most important haven in the community, can become a pile of ruins, what does that say about what we hold certain today? Many of the remaining abandoned sanctuaries are traces to the past of many communities. If we follow these traces, we know where we came from, and perhaps, where we’re going. 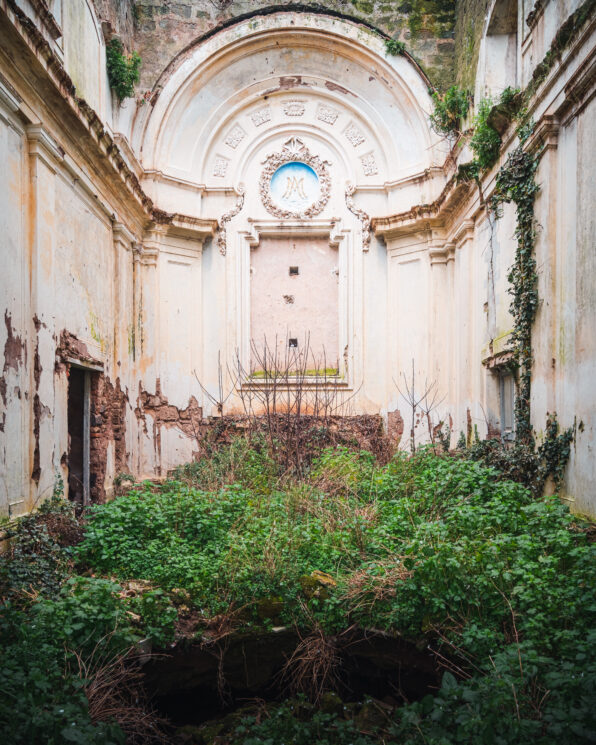 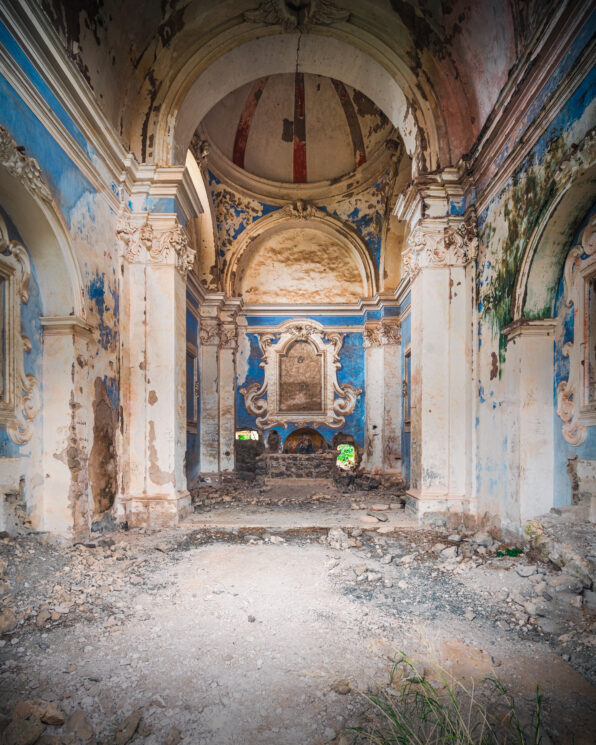 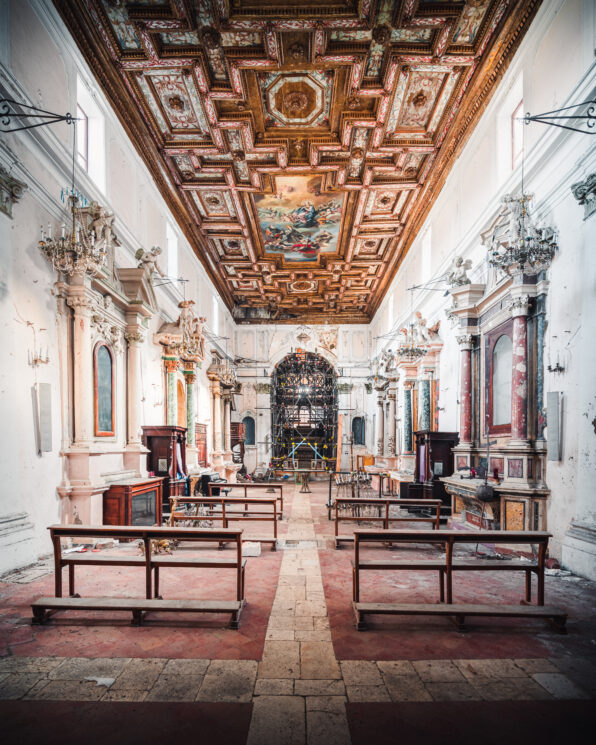 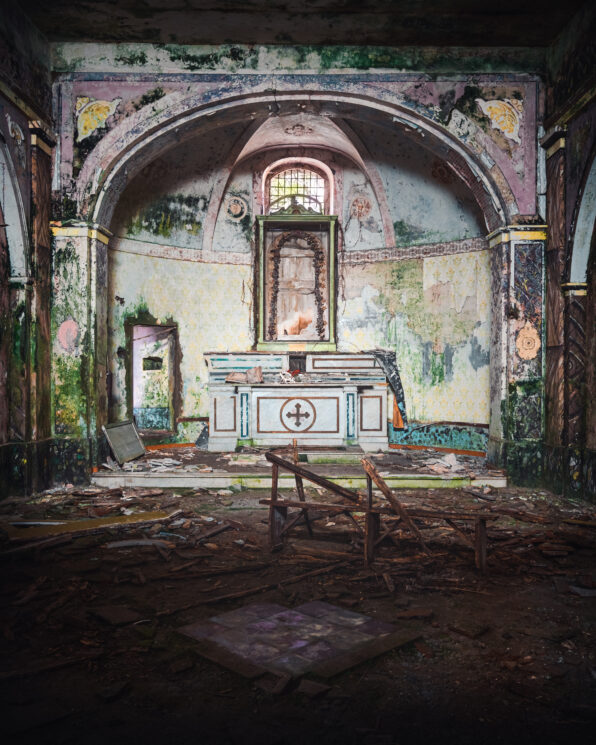 Boys With Drones are Sven van der Wal and Roman Robroek. Sven is a professional videographer, and Roman is a professional photographer. Both are from the Netherlands and have years of experience in the creative field. What started as an idea and a dream in 2021, is now a reality for them.

You can check out more of their work on Instagram, YouTube, and TikTok. This article was also published here and shared with permission.

The Perfect Perspective for Photographing Churches

Tips for finding and shooting abandoned locations in an unknown city

About Boys with Drones