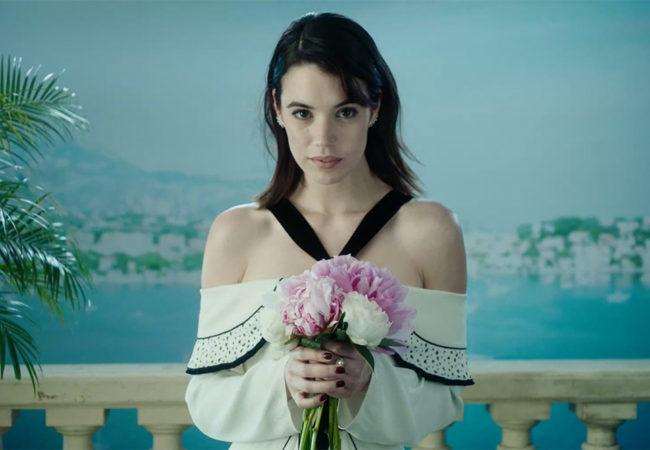 In an April 2016 interview, Mark Zuckerberg told Buzzfeed News, “I wouldn’t be surprised if you fast-forward five years and most of the content that people see on Facebook and are sharing on a day-to-day basis is video.” Given the proliferation of video features available on millions of smartphones – from image stabilization to incredible 240fps slow mo – it’s no surprise that more and more people and brands are experimenting with moving pictures. Even the venerable portrait is moving away from being strictly medium into something more dynamic.

Portrait photography gained in popularity in the mid-19th century, in part, because it was a relatively inexpensive and quick way to create a portrait. Due to the poor light sensitivity of plates, portrait subjects would have to sit still for up to several minutes. Ironically, with the rise of the video portrait, subjects are again posing for the camera for extended periods of time.

Between 1964 and 1966, Andy Warhol made a series of video portraits called “Screen Tests” in the Decker Building – the same building that houses the PhotoShelter offices. Warhol made several hundred of these film portraits, making them arguably the first well-known moving portraits. Although he shot at 24fps, playback was set at 16fps creating a slightly slow motion effect.

In 2009, Clayton Cubitt created a series of video portraits that he and others referred to as “long portraits.” Cubitt sat his subjects for approximately five minutes, capturing video with a stationary camera and with ambient audio. The long portraits are simultaneously mesmerizing and unnerving. It’s challenging to watch someone staring directly at you for such an extended duration – the effect is reminiscent of Marina Abramovic’s The Artist Is Present.

Artist Robert Wilson experimented with the concept from the early 2000s ending with his collaboration with Lady Gaga in 2013. Wilson instructs his subjects to remain as still as possible, so that the video portraits “resembles a photograph, but on closer inspection reveals Wilson’s highly developed theatrical language.” His early work filmed subjects in real-time, while his work with Lady Gaga used high speed capture to create a slow motion effect.

Similarly, artist James Nares used a Phantom Flex to capture his video portraits at 600 fps. A few seconds of motion is slowed down to a few minutes, but Nares doesn’t have his subject remain still. The ultra slow motion creates silky smooth movement of his subjects.

If all of these examples seem a bit precious, they are. Every video portrait need not aspire to be a work of art. As a part of his Photo Ark project, Joel Sartore captured video portraits of rare animals.

The New York Times has experimented with the format in the past. For their 2011 Movies Issue, photographer/director Alex Prager directed a series of “cinematic villany” which were more akin to moving portraits than their “Making a Scene” shorts they produced in 2013.

Most recently, publications known for their great photography have been experimenting with the video portrait. At this year’s Met Gala, Vogue‘s Instagram Studio played on the theme of “Manus x Machina.” Unlike the stationary camerawork of the former examples, director Gordon von Steiner took an approach that had echoes of legendary music video director Hype Williams.

And at the Cannes Film Festival, Vanity Fair teamed up with Instagram and photographer/director Pari Dukovic to create their version of the video portrait.

Earlier forms of the video portrait strive to be still, whereas the latest incarnations embrace not only the movement of the subject, but the camera as well.
Of course, you can’t talk about portraits nowadays without mentioning the selfie. And the rise of Snapchat lenses has created a deluge of vernacular video portraits. Nothing precious or high production here. Just millions of people with exaggerated facial features, face swapping, or vomitting rainbows.

All of these examples are proof that the video portrait can move you in many different ways.

Report: iPhone 13 will have portrait video mode and 4K video

This touching and trippy portrait wins The International Portrait Photographer of the Year 2021
« Everything you ever needed to know about C-Stands
Judgement day is upon us, Selfie Robots are about to be a thing thanks to ASUS »