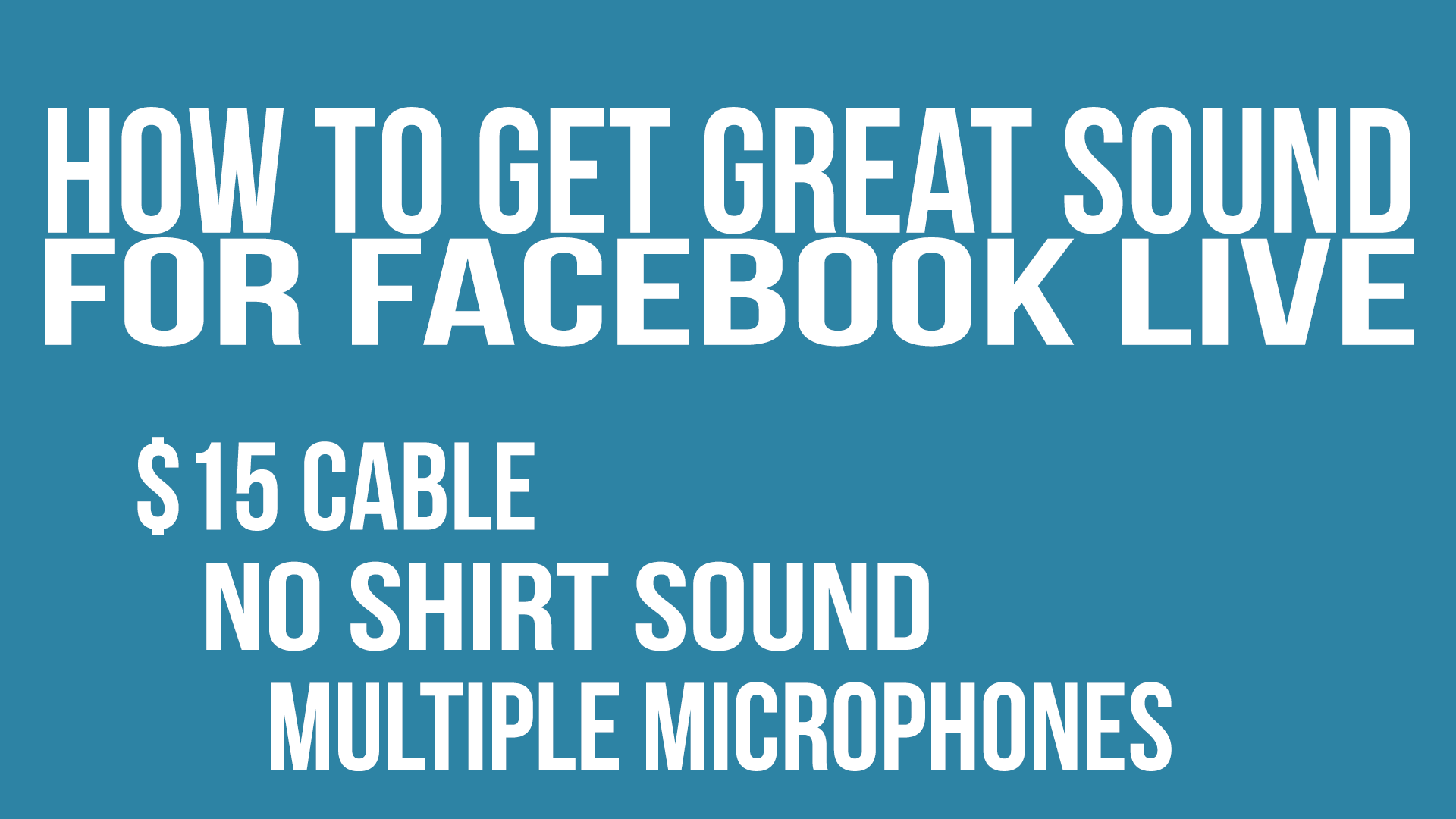 If you’ve ever tried doing a facebook live session you know that using your phone’s onboard microphone really sucks. Here is how we solved this problem with a $15 cable from rode.

Of course, we do assume that you have a microphone capable of producing great sound (we are using Rode’s Filmmaket kit). So it is not $15 for great sound, it is extra $15 to bring your (already awesome) sound into your smartphone or tablet live broadcast. The cable is called Rode SC4, and it converts DSLR microphones into smartphone and tablet microphones.

In the video we also show how to hook up more than one microphone to an iPad, say for an interview or a panel using a Tascam DR70, and a few XLR microphones.

Lastly we show you how we attach the lav mic under a shirt using some 3m medical tape. Being who I am, I tape it between shirt and body. (which means that my chest hair suffers when I take it off), but it is also a great trick for placing a lav between two shirts in a way that does not produce shirt-sound.

How do you hook up your sound for facebook live? let us know in the comments.