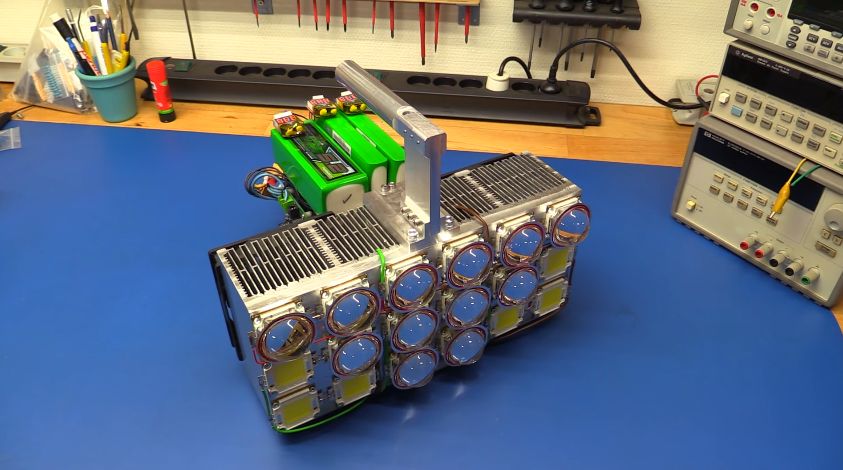 Here is an entry that will probably go down  as a totally impractical build, but it is just so insane that I had to share it. I mean I can’t see anyone actually using such a bright light (especially with the low CRI they probably produce), but it can set the ground for some a groundbreaking cinema lights.

The build, made by EcProjects, is using 18 (yes eighteen) 100WATT LEDs, 2 one kg heatsinks and 2 6-cells 5200mHa LiPo batteries. There are also some peripherals: connectors, LED drivers, lenses, fans and high-amp wires. It is almost doubling our previous record holder, a 1,000W light.

This is by no means an easy project and it involves quite a bit of drilling and milling, as well as soldering and power management. Hit the jump to see the final sample footage which is blinding.

Here is the full build, it is just about over 2 hours of tutorial so brace yourself.

This is the world’s brightest DIY LED flashlight at over 1.4 million lumens