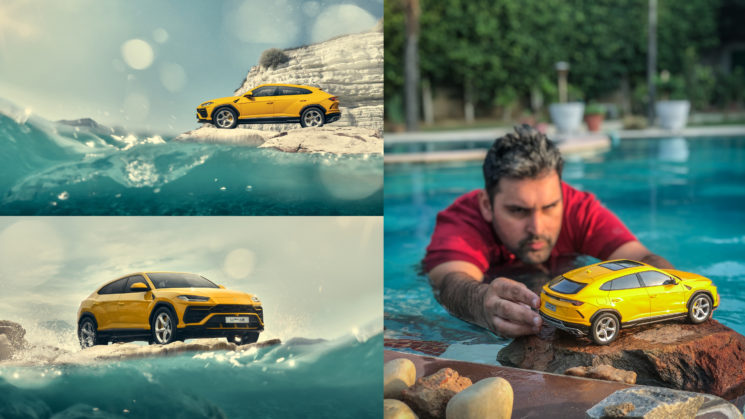 The pandemic might have limited our traveling, but India-based photographer Kunal Kelkar found a way to shoot a car on an Italian coast without leaving India. Well, sort of. He took some epic shots of Lamborghini Urus by simply placing it next to a swimming pool. And the car isn’t really a car – it’s a scale model that just looks so real in Kunal’s images. We spoke to this creative photographer about his process, and he told us more about how he turned this idea into reality.

The whole project started when Lamborghini India reached out to Kunal. They saw another amazing model car shot he did with a treadmill, so they wanted something similar. They wanted the shoot on a slightly higher scale, but to still keep the set-up and execution quite simple.

So, Lamborghini sent a handmade 1:18 collectible scale model of the Urus SUV and told Kunal to feel free to go crazy. Earlier this year he was supposed to do a shoot in Italy, but he missed it because of the lockdown. He wanted to showcase the Urus on the Amalfi Coast. However, he still found a way to showcase Urus’ capability to go off-road and represent it on the rocks by the shore. He just took a different approach.

Kunal’s partner, Kanika Sood, suggested that he could use a swimming pool to depict the body of water and shoot from inside the water to make it look like the Urus was right up close to the sea. And of course, making the photo look as if it were taken from beneath the sea required submerging the camera underwater.

“We needed a clear case to submerge the camera in the water without getting the camera wet,” Kunal tells DIYP. “We also wanted to make sure that the water is at a distance from the lens so as to be able to capture the wave formation and the scene above and below the water.” And you know what he used as an underwater case? The acrylic casing of the car model. Clever! “The Fujifilm X-T3 sat perfectly in the inverted acrylic cover which allowed us to get great split level images of the water,” Kunal tells DIYP. 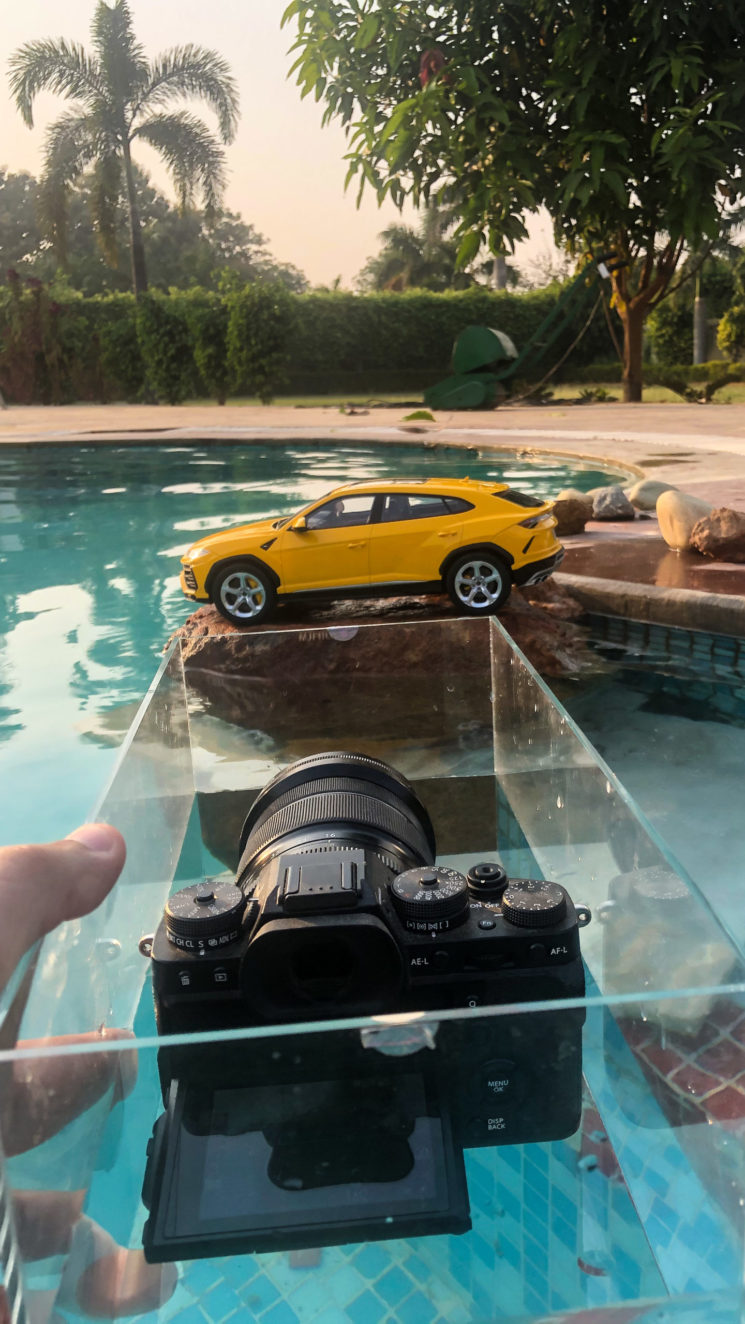 Kunal and Kanika submerged a medium-sized rock on the steps of the swimming pool and placed the Urus model car on top. This made it look like the Urus was sitting on a rock ledge beside the sea. Kumal got into the water and took multiple images to make sure the car was in focus and the perspectives matched.

As for the “beach,” they used sand from a sandpit that was sieved onto a flat stone. They added smaller rocks to create the mood of a rocky beach and placed the scene on the edge of the swimming pool to give it a coastal feel. The camera was placed in a way that allowed the toy car to look life-size as if it was parked on the beach near the water. Finally, the background was added in post to complete the mood of the image.

“The main idea was to capture split level images over the water to showcase the ruggedness of the Urus and to make it look like the car was captured from the sea,” Kunal explains. I’d say he nailed it! Take a look at the finished images and more BTS shots below. You can find more of Kunal’s work on his website and Facebook page. 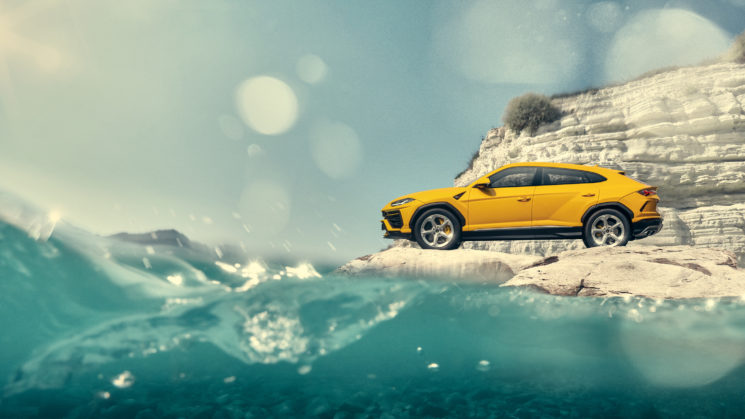 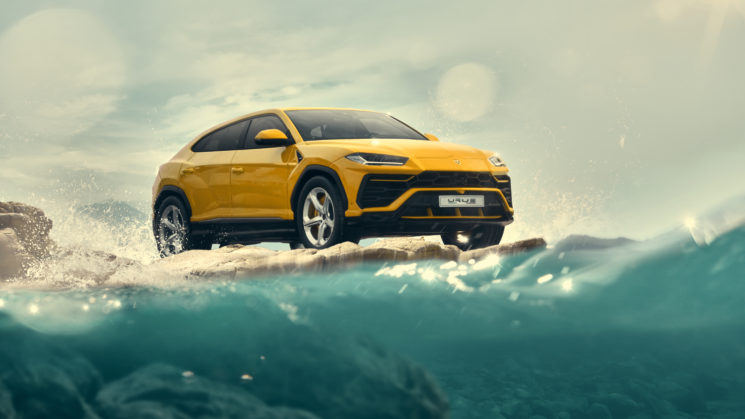 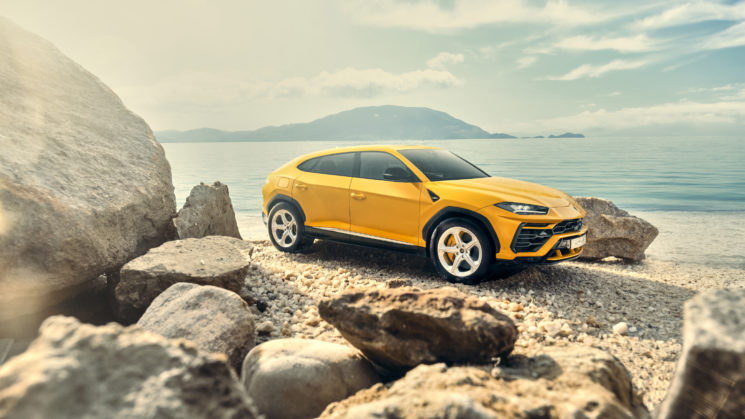 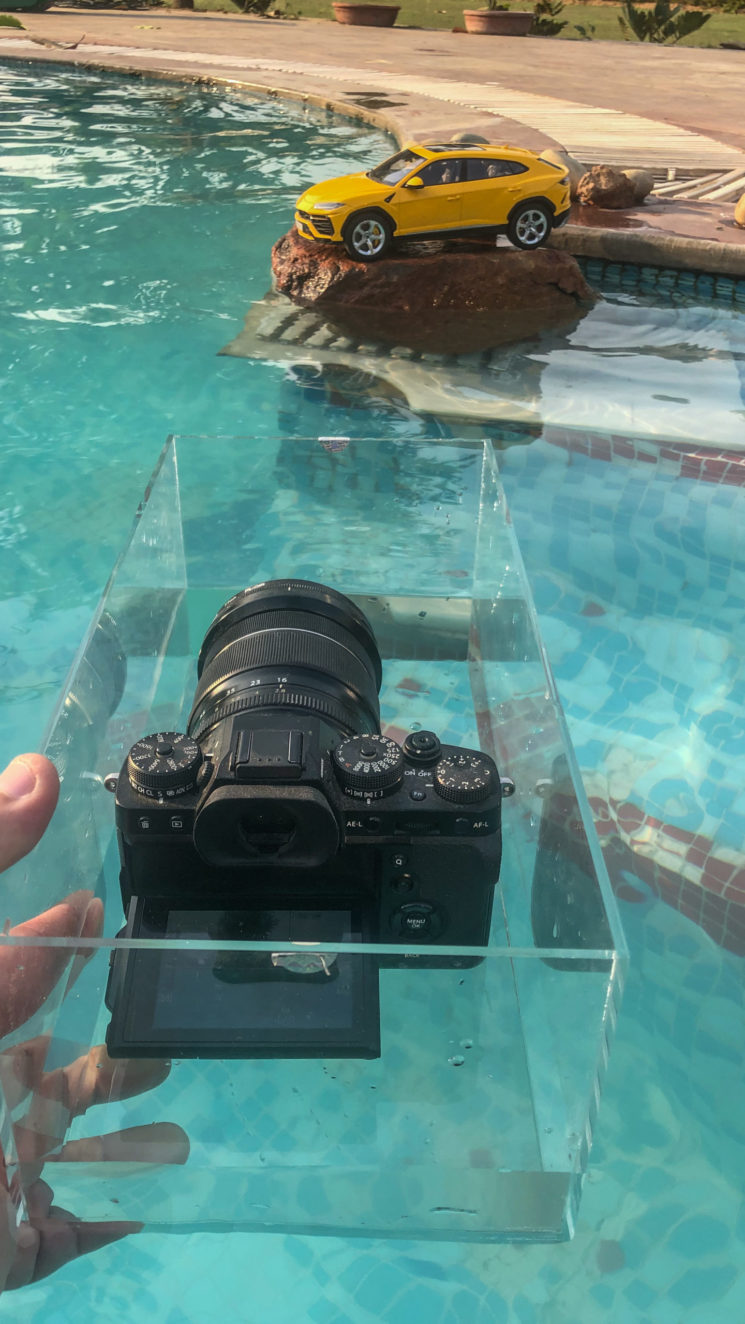 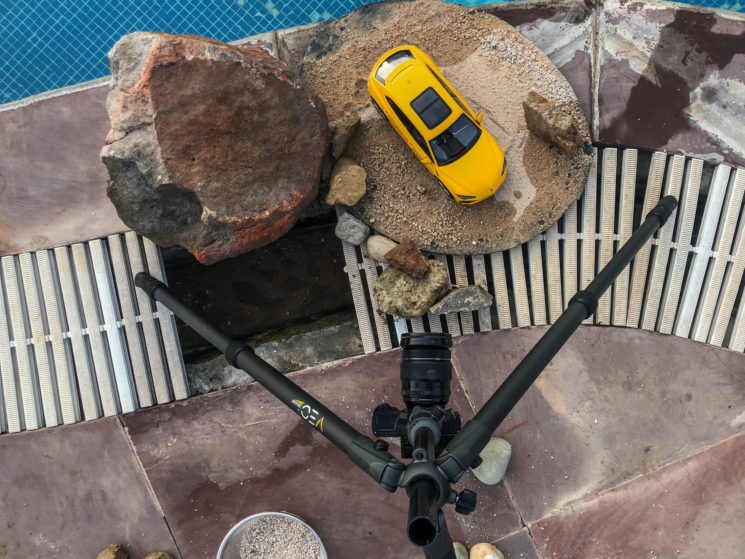 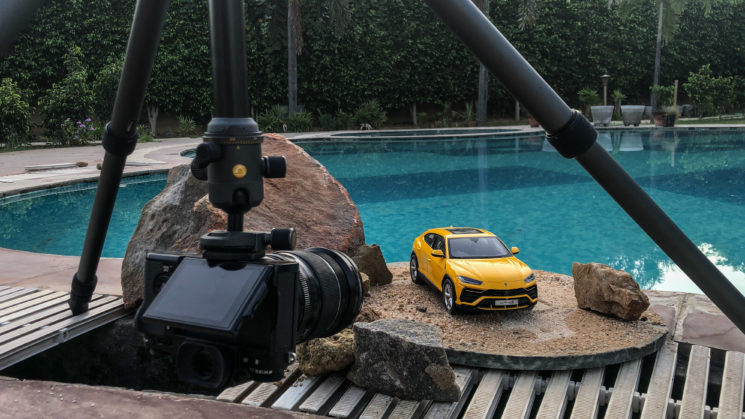 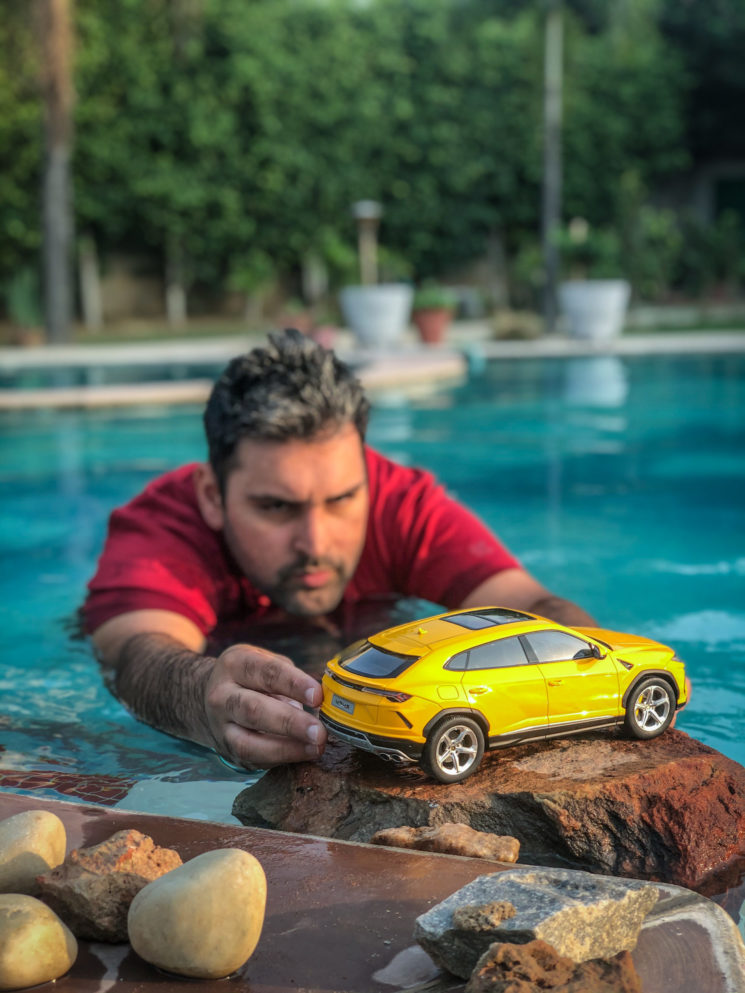 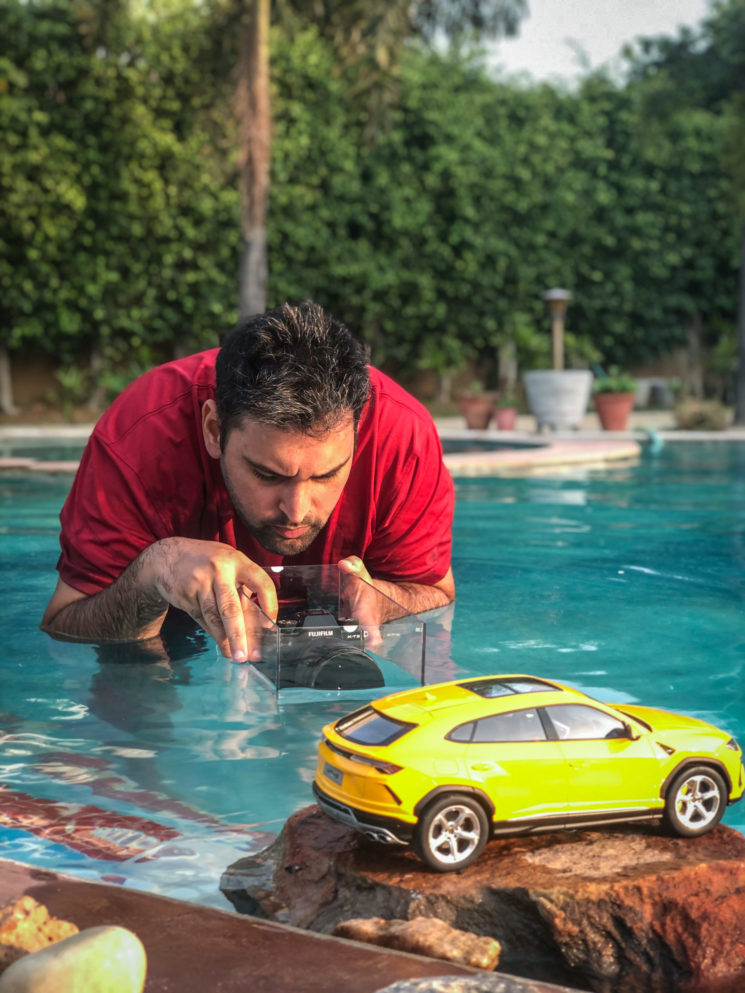 This $200,000 Lamborghini is “the world’s fastest purpose-built camera car”