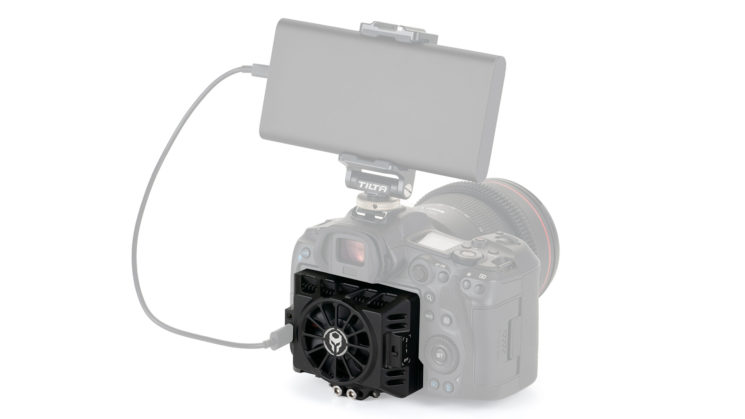 Back when the Canon EOS R5 was first released and the rumours of overheating first came to light, one of the first companies to jump on the camera cooling train were Tilta, announcing a cooling kit for the EOS R5 & R6 that mounted onto the back of the camera when the LCD was flipped out. The problem was, the EOS R5 firmware was on a timer. It wasn’t temperature-dependent. So it didn’t really work.

Over a couple of firmware updates, things changed and now the EOS R5 (and EOS R6) does monitors the temperature, as proven by Matt Perks’ DIY cooling attempt. This makes Tilta’s $165 camera cooling product, first announced in July 2020, finally, potentially viable. So, now it’s actually being released and it’s compatible with both cameras.

Here’s a video from when the cooling kit was initially announced last year from that1cameraguy. Obviously, he didn’t manage to get his hands on one, as it was never released at the time, but it’s a pretty good summary of what was promised – but couldn’t be delivered. To be clear, the cooling kit did apparently cool the unit down, but the EOS R5 firmware at the time didn’t care, because it was set on timers, not the actual temperature.

Now that the EOS R5 actually does look at the temperature before turning on the overheat warning and shutting down, Tilta’s system should actually work. – although the EOS R5 has become much better at managing its temperature on its own, too. Although it’s still not perfect and will still eventually shut down when recording 8K and even 4K video.

It looks like the Tilta cooling kit has seen a little tweaking from the initial announcement last year. For a start, the fan speed has been dropped from 6,200rpm to 5,000rpm. This drops the noise level it generates down from 34dB to 30dB. Perhaps Tilta discovered that the extra 1,200rpm was overkill and having tested it with more recent firmware, that speed isn’t necessary. Good news if you’re recording audio with a mic near the camera, though. 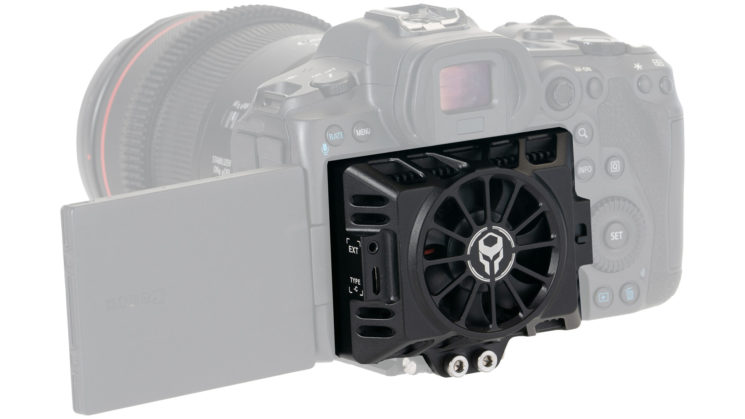 The device is powered externally via Type-C USB port that accepts between 5-12v at 3-5A, so it can take a power feed from your on-camera field monitor, a USB power bank or whatever other battery system you’re using, as long as it falls within the voltage range. Inside the unit is heat-conducting silicone, another conduction cooling board, a chip to control it all, a big heatsink, a low-noise fan and the heavily vented top cover.

The unit is compatible with both the Canon EOS R5 and EOS R6 and attaches to the back of the camera when the LCD’s flipped out. It’s available to buy now for $165 from the Tilta website and shipping is expected to to take two weeks from when you order.