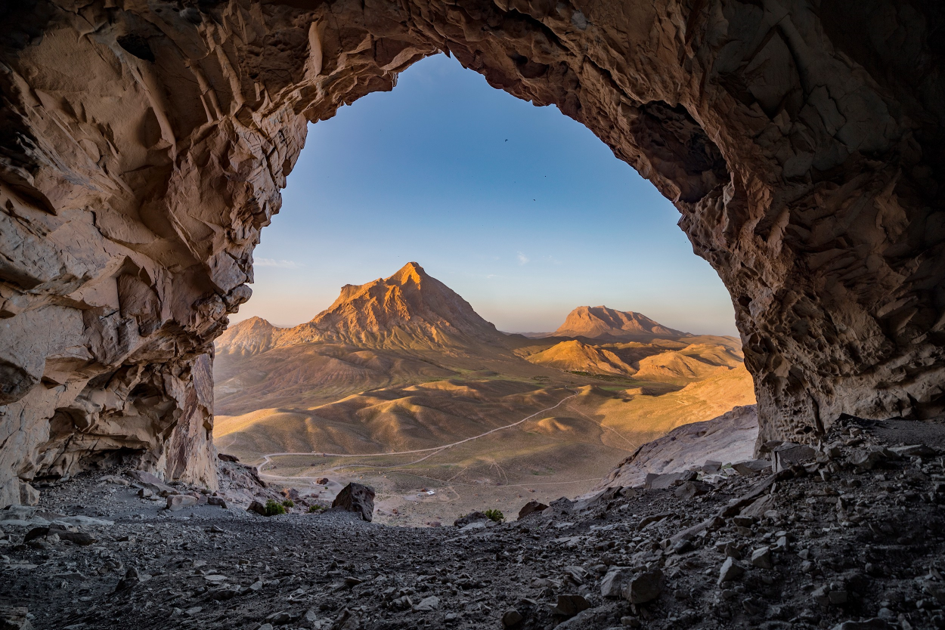 Wiki Loves Monuments is the world largest photography competition. Wikimedia states, “It’s also a platform for global collaboration in making beautiful, significant photos of monuments freely available to anyone, anywhere.” When photographers join the competition they simultaneously donate their images to Wikimedia Commons, “the free repository that holds most of the images used on Wikipedia, to ensure that the world’s most visible cultural heritage is documented and held in trust for future generations.”

213,075 images from 7,725 photographers were submitted to the competition. The winners are from ten different countries and were selected by an international jury of experts.

The objective of the competition is growing increasingly important since many conservation worthy sites, buildings, architecture and landmarks are often under threat from human action or natural disasters. 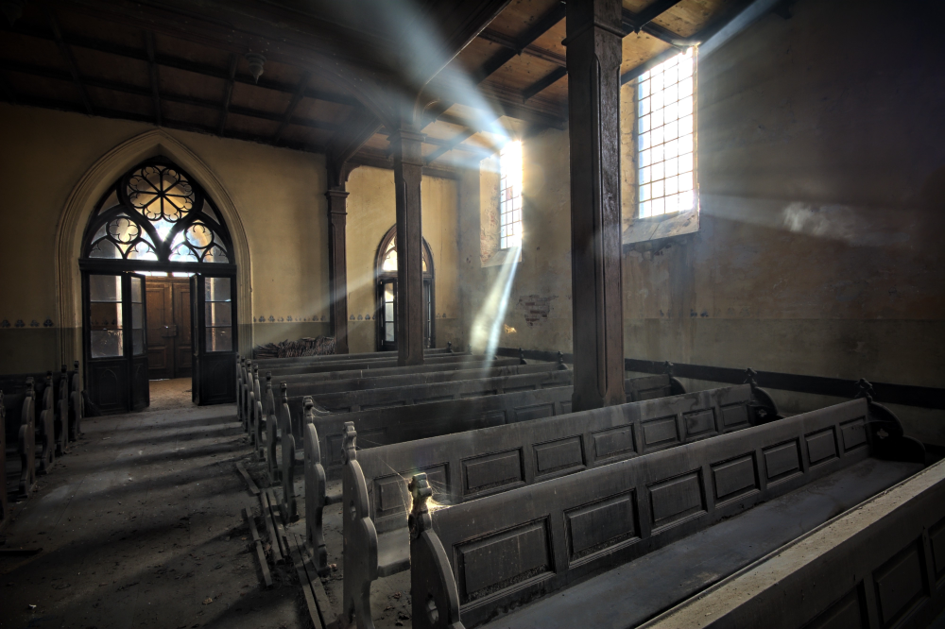 First place: “I often visit abandoned places, forgotten places, inaccessible places,” amateur photographer Marian Naworski said about their image of a shuttered church in Poland. But Naworski told contest organizers this particular location stood out because it “had the impression that time stopped there. I could focus on capturing this place.” Photo by Marian Naworski, CC BY-SA 4.0.

Second place: Morteza Salehi lives near Iran’s Ayyoub Cave, located 2,800 meters or 9,200 feet above sea level, but had never visited it before taking this photo, which is also featured at the top of this post. “It’s not easy to get there,” Salehi said, but it nonetheless sees quite a bit of traffic on weekends from people who climb up to the cave to pray to the prophet Ayyoub, also known as Job. Photo by Morteza Salehi, CC BY-SA 4.0. 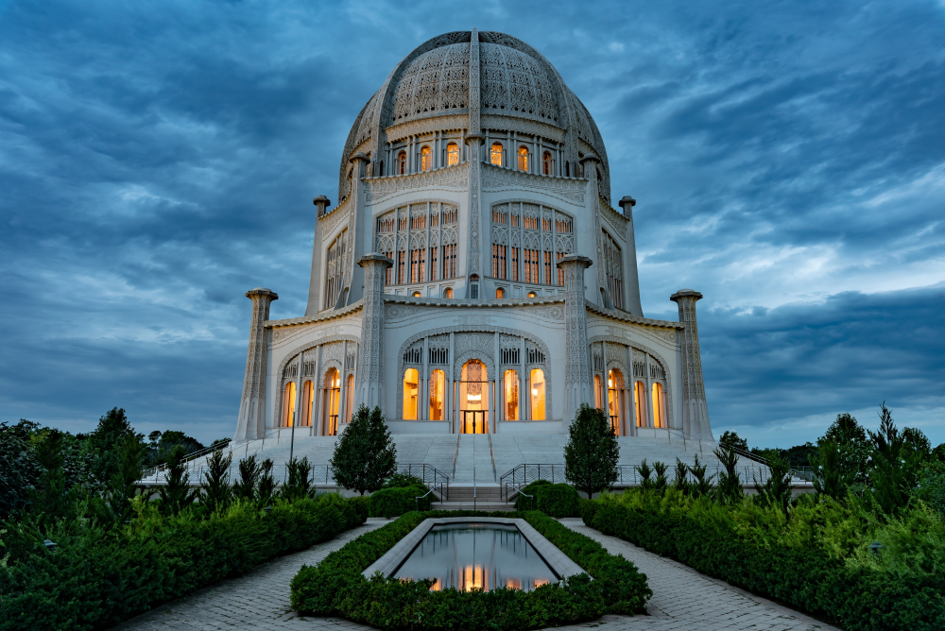 Third place: Michael Stone is a frequent visitor to what they call the “beautiful” and “peaceful” Baháʼí Temple near Chicago, Illinois, United States. “Even though I have photographed it several times, each time I go I see something different; it may be different lighting, dramatic clouds or shooting from a different angle. I particularly like taking pictures here in the summer months because they have reflection pools and they catch the interior lighting that illuminates from inside at dusk.” Photo by Michael Stone, CC BY-SA 4.0. 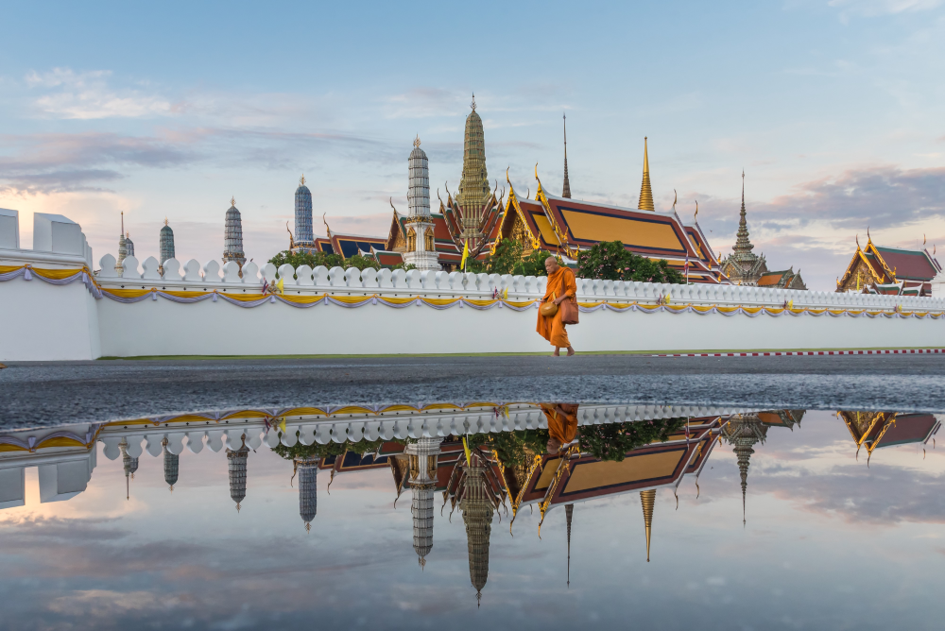 Fourth place: Nawit Phongkhetkham spent several weekends at the Temple of the Emerald Buddha (Wat Phra Kaew), located in Bangkok, Thailand, while trying to capture this snapshot of a monk walking outside to receive alms. Their motivation? “I want to present everyone [with] the beautiful culture and architecture [of] my country,” they said. Photo by Nawit Phongkhetkham, CC BY-SA 4.0. 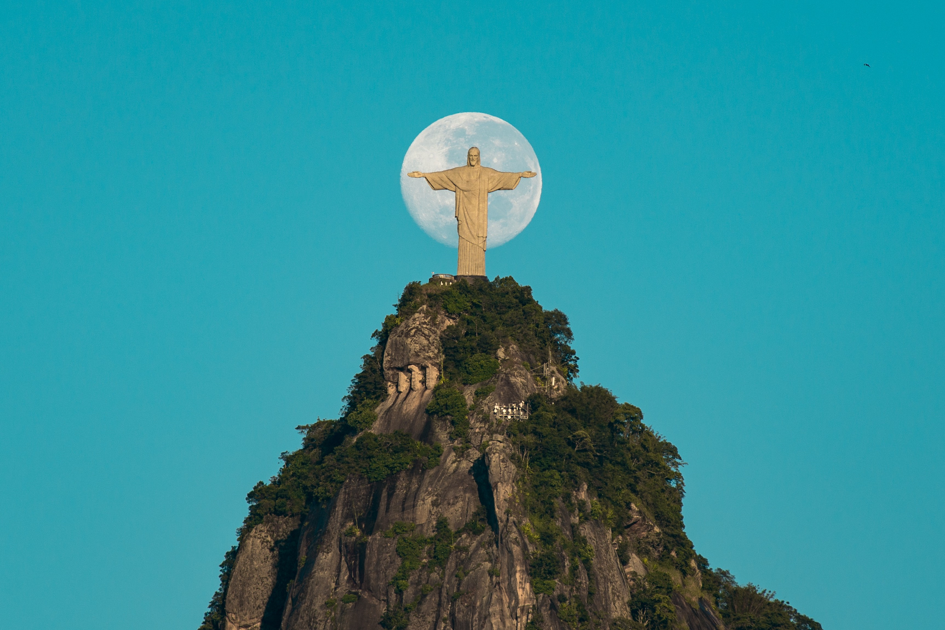 Fifth place: Donatas Dabravolskas captured the photo of Christ the Redeemer from Rio de Janeiro’s Botafogo beach, which they said holds “one of the best views of the statue” in the city. But getting this particular shot with the moon in the background took days and days to get right — and that’s in addition to the hour and a half spent on a bike to get there and back. Photo by Donatas Dabravolskas, CC BY-SA 4.0. 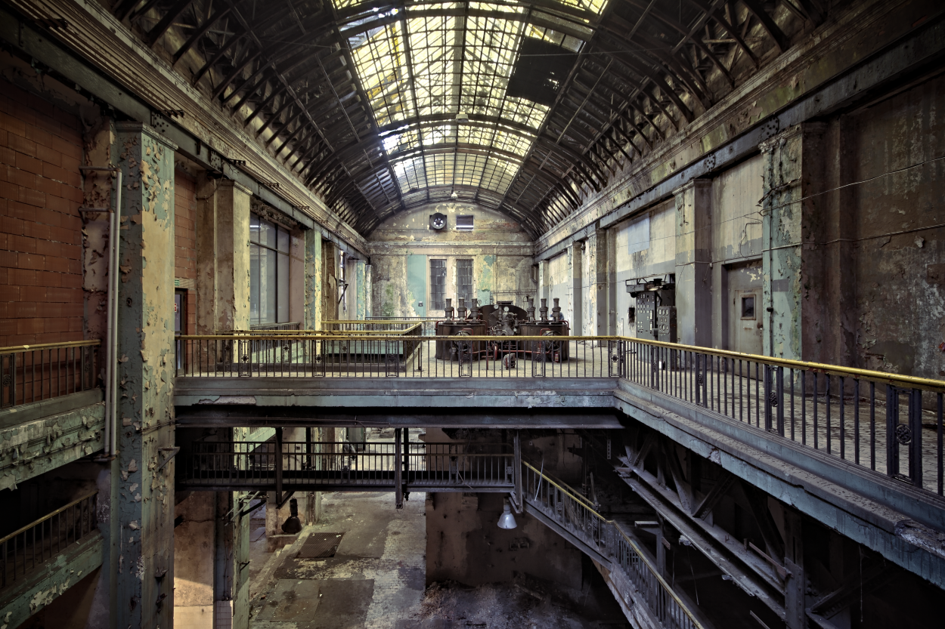 Sixth place: Marian Naworski, the first-place winner, also took sixth with this photo of an abandoned room in the Szombierki Heat Power Plant in Poland. One competition judge praised this photo for how it “beautifully exemplifies the monument in an original and striking way,” using “leading lines on both the walkway and roof [to] draw the viewer’s eye to the machinery at the centre.” Photo by Marian Naworski, CC BY-SA 4.0. 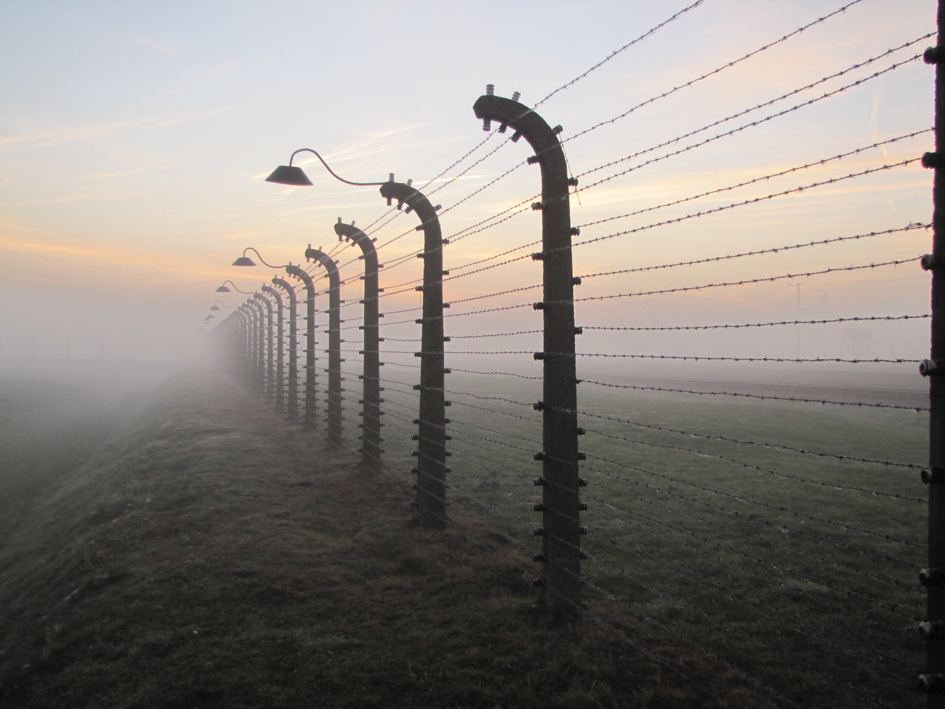 Seventh place: Jacek Daczyński was driving past the Auschwitz concentration camp on his daily commute to work when they stopped to take this ghostly and bleak shot of a fence which rings the camp. Daczyński has a very personal connection with Auschwitz. A lifelong resident of the area, Daczyński’s father Eugeniusz volunteered to work with the Red Cross at the end of the Second World War to take care of the camp inmates that the Nazi authorities had not been able to evacuate. Eugeniusz would later be inducted into the Order of Polonia Restituta for his service. Photo by Jacek Daczyński, CC BY-SA 4.0. 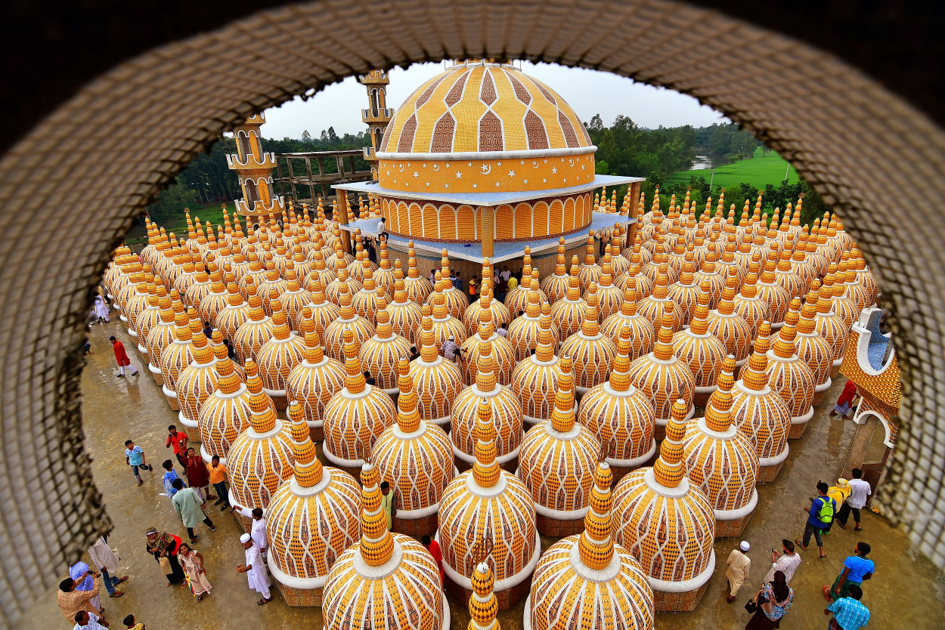 Eighth place: Md Shahanshah Bappy has been taking photographs for twelve years, but this one was particularly memorable for its quality and the difficulty faced in obtaining it: Bappy had to board a boat to cross a river, climb sets of stairs, cross other obstacles, and set up in this position high above the 201 Dome Mosque in Bangladesh. Photo by Md Shahanshah Bappy, CC BY-SA 4.0. 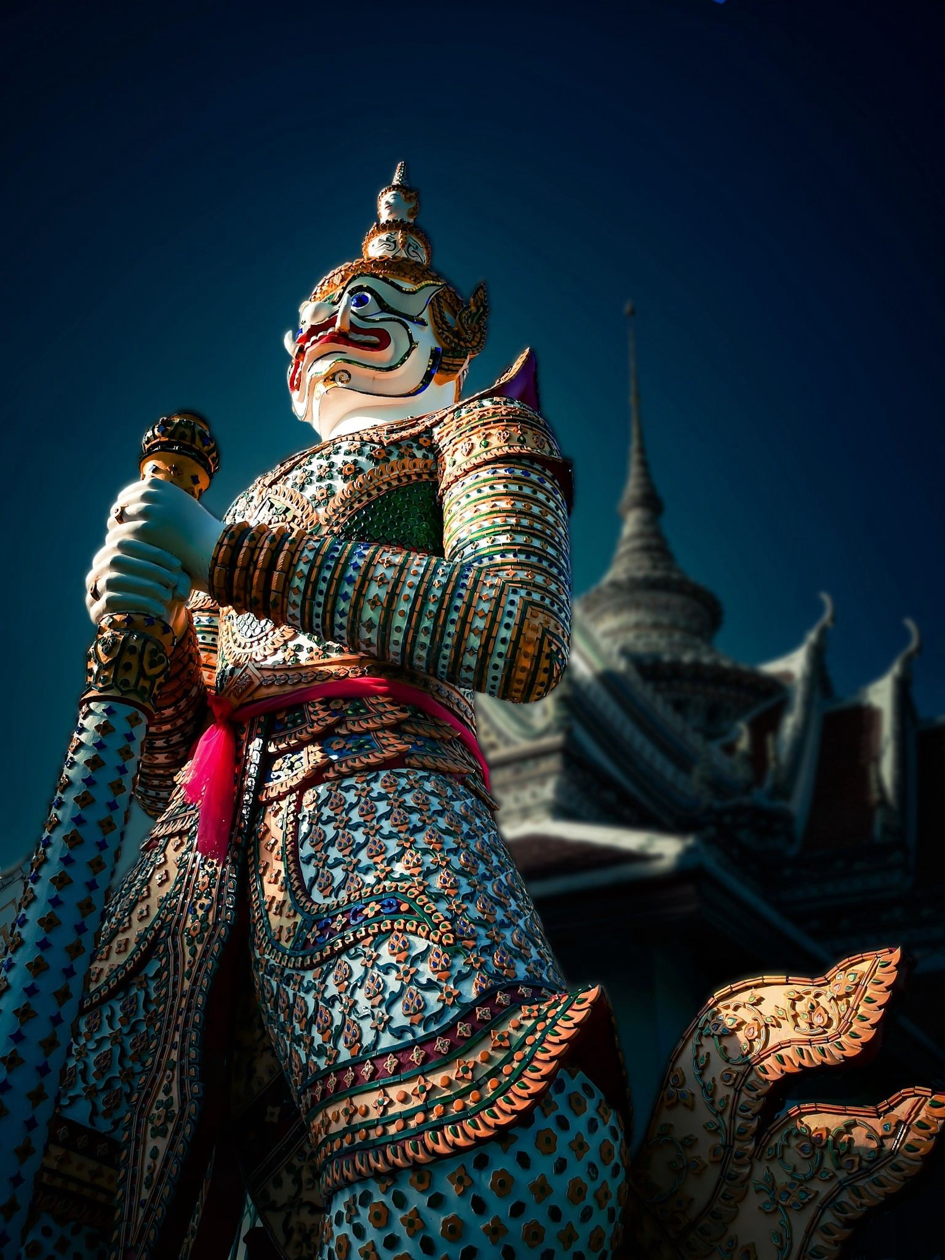 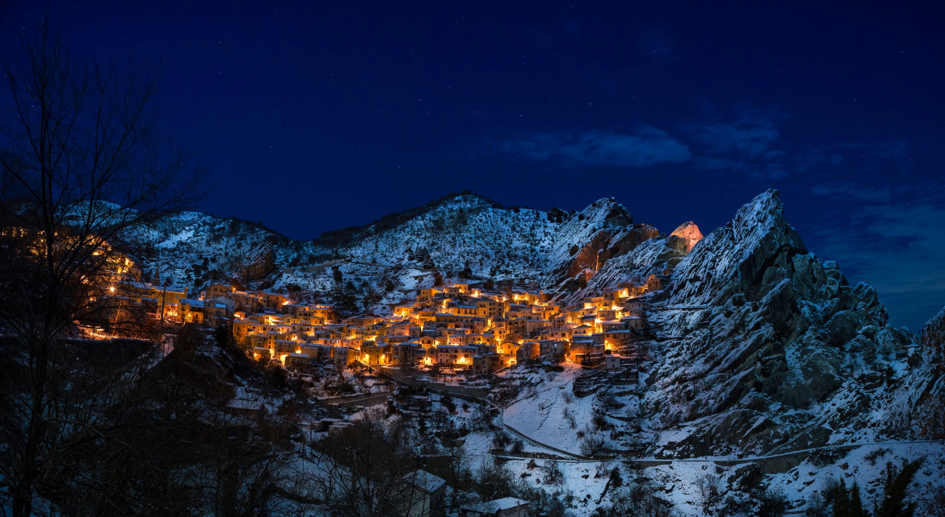 Tenth place: This “stunning scene,” according to one of the photo contest’s judges, was framed and captured by Paolo Santarsiero on a bitterly cold Italian day in January 2017. “While I was driving towards Castelmezzano, the road was frozen and the thermometer of my car showed minus 11 degrees,” Santarsiero said. “I walked slowly to the slightly out of the way place where I wanted to shoot and this vision opened up to me: the heat of the lights, the clear sky, the cold air.” Photo by Paolo Santarsiero, CC BY-SA 4.0. 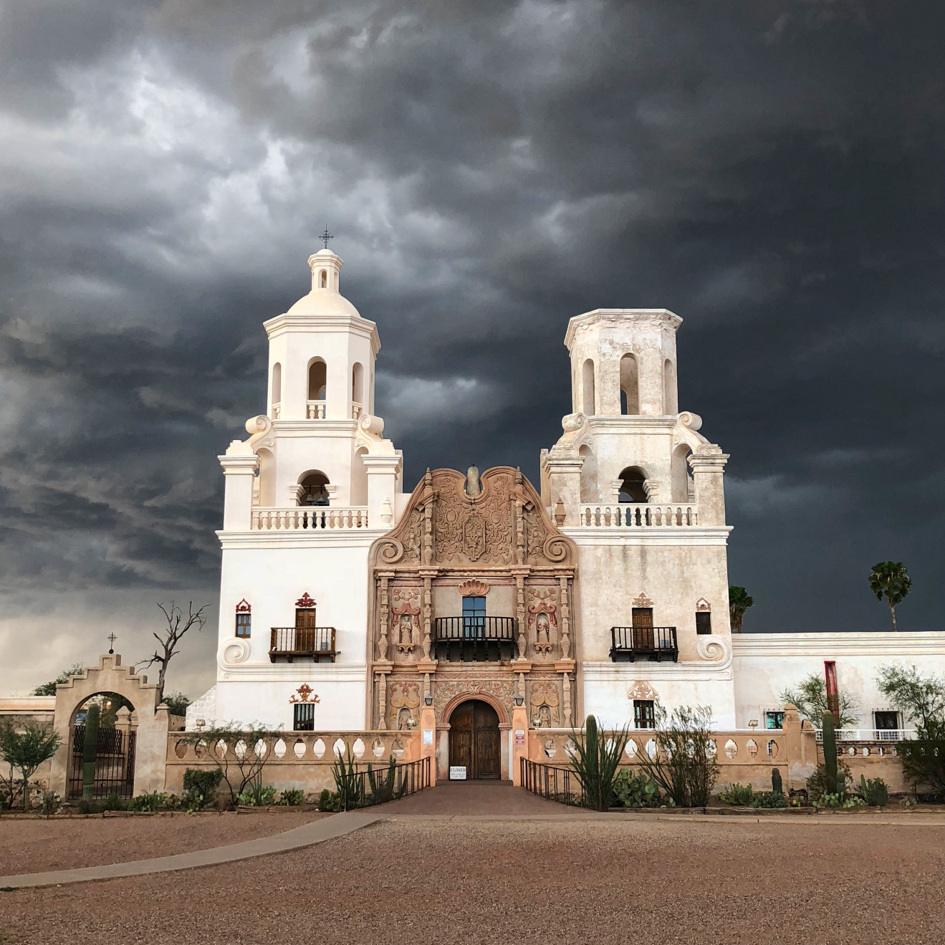 Eleventh place: Given the cloud cover in the background of this photo, it’s not likely to surprise anyone that it rained on photographer Kyle Yang while they traveled to Mission San Xavier del Bac, Arizona, United States, but the rain let up just in time to snapshot this photo. Photos like this aren’t unusual for Yang; they enjoy photographing architecture because “you [can] appreciate the history that shaped them, the people who built them, and the culture that bred them,” they said. Photo by Kyle Yang, CC BY-SA 4.0. 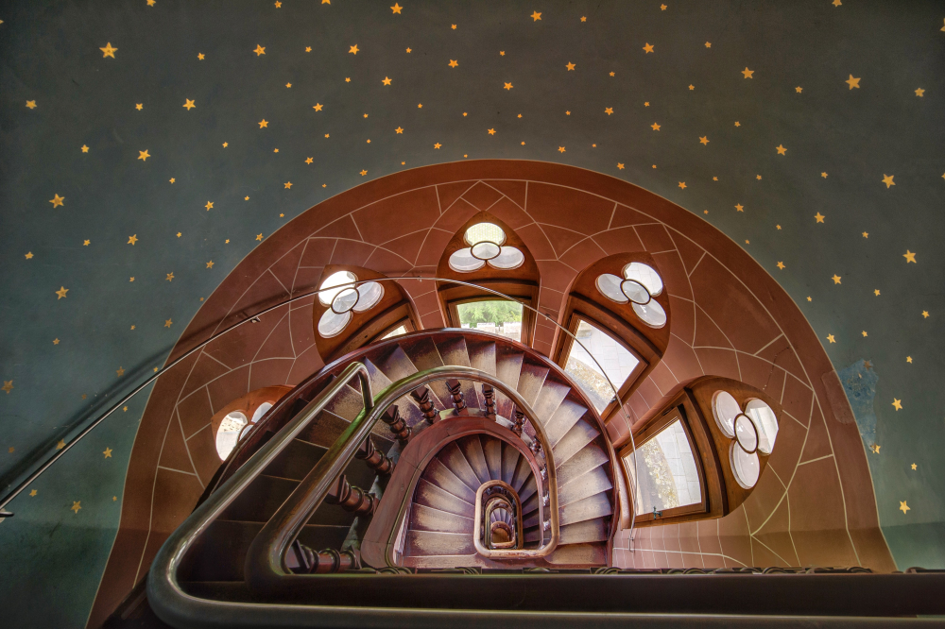 Twelfth place: Self-described “ambitious amateur photographer” Gunther Zagatta has practiced their hobby for 47 years, and that shows in the framing of this staircase in Schloss Drachenburg, Germany. “This [contest has showed] me that the entire world is full of terrific and sometimes hidden places (not only the big spots which are advertised to tourists) and of very talented photographers,” Zagatta said. Photo by Gunther Zagatta, CC BY-SA 4.0. 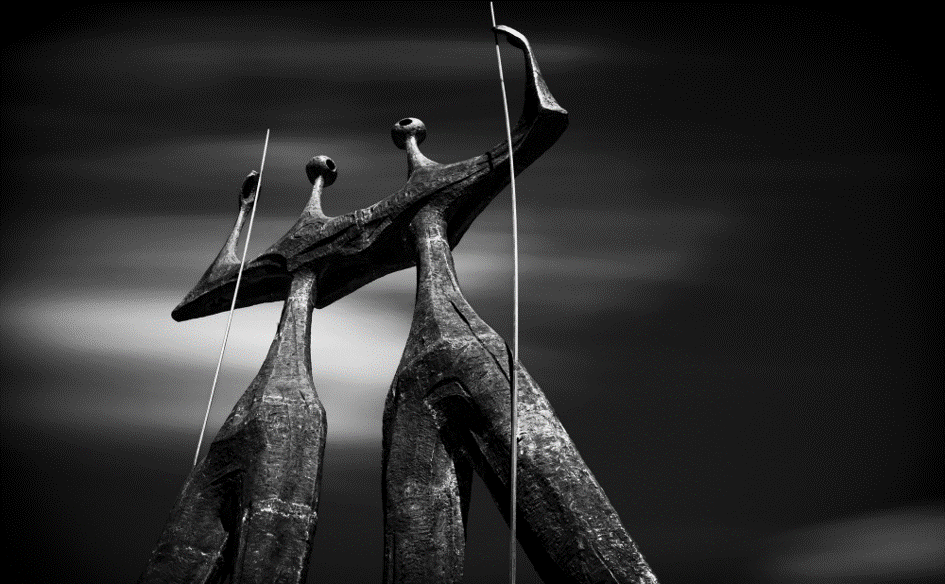 Thirteenth place: Francisco Willian Saldanha’s photography is inspired by the architectural achievements in Brasília, the city where they live. That includes this sculpture by Bruno Giorgi, which is named Os Guerreiros (translated to English as The Warriors). “The exposure and depth of field keeps the eye strongly on the subject, lending real clarity,” one contest judge said of this photo. “The black and white colour treatment only enhances the stark contrast on the statues.” Photo by Francisco Willian Saldanha, CC BY-SA 4.0. 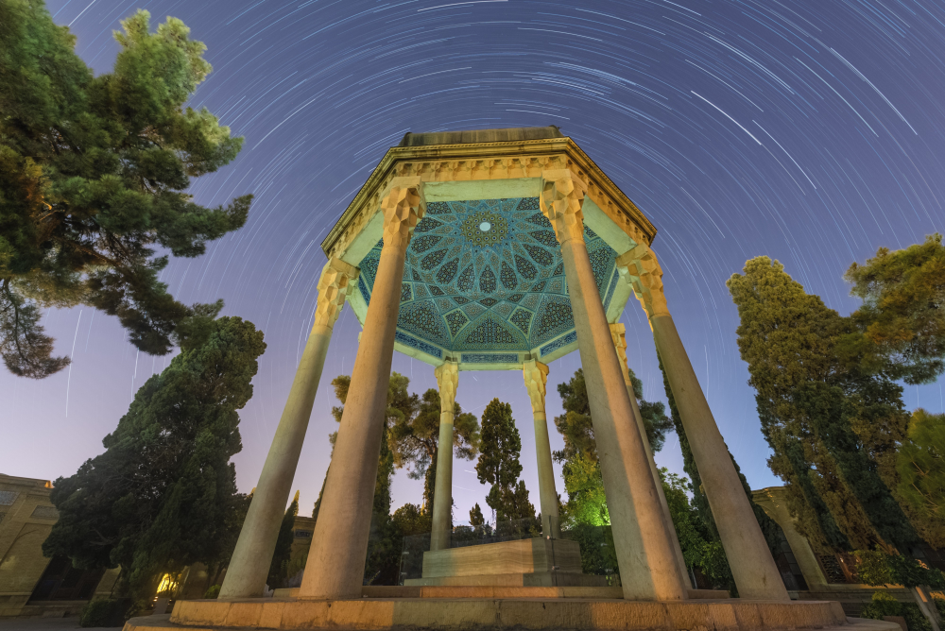 Fourteenth place: You can get night tours of the Tomb of Hafez in Shiraz, Iran, and if Mohammad Sadegh Hayati coupled one of those with the luck to have almost no one else around, allowing them the time to set up the framing and time required to take this shot. “It was a very beautiful and stunning moment,” Hayati said. “I hope I was able to convey the feeling to the viewer as well.” Photo by Mohammad Sadegh Hayati, CC BY-SA 4.0. 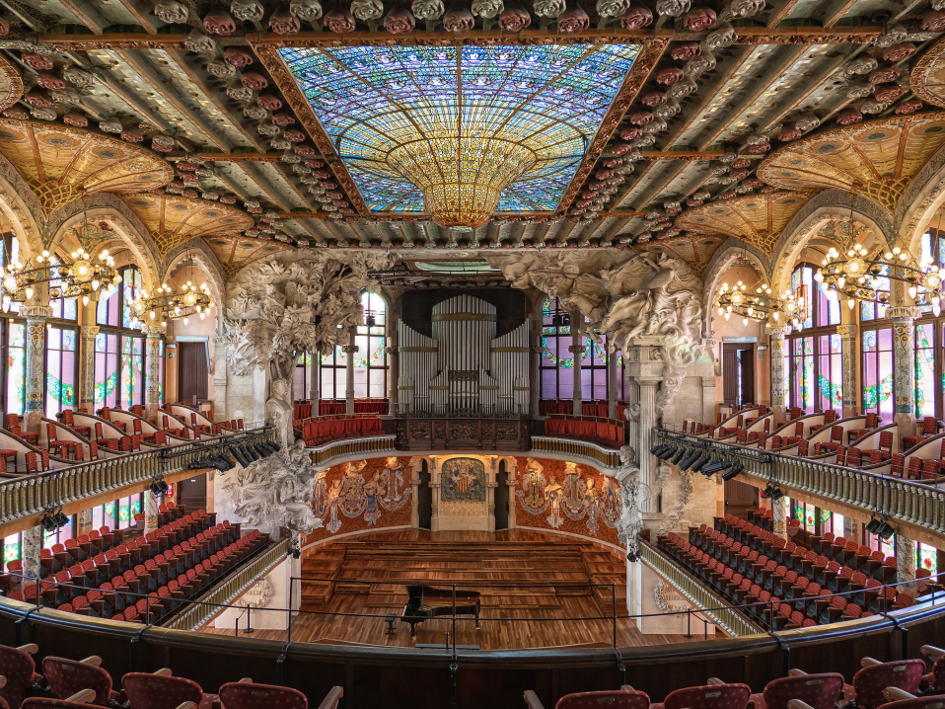 Fifteenth place: Hieu Duc Tram traveled quite some distance from their home in Austria to take this show of the Palace of Catalan Music in Barcelona, Catalonia, Spain. “The dead on center viewpoint works really great in this interior shot and gives a number of lines that draws towards the center piece, the organ,” said one of the contest judges, adding that the “surprisingly evenly lit image shows the detail of the interior on both halves of the image and nothing is left lurking in the shadows.” Photo by Hieu Duc Tram, CC BY-SA 4.0.

For more information, including how to join next year’s contest, go to wikilovesmonuments.org. You can also share your favorite winning image on social media using #WikiLovesMonuments.