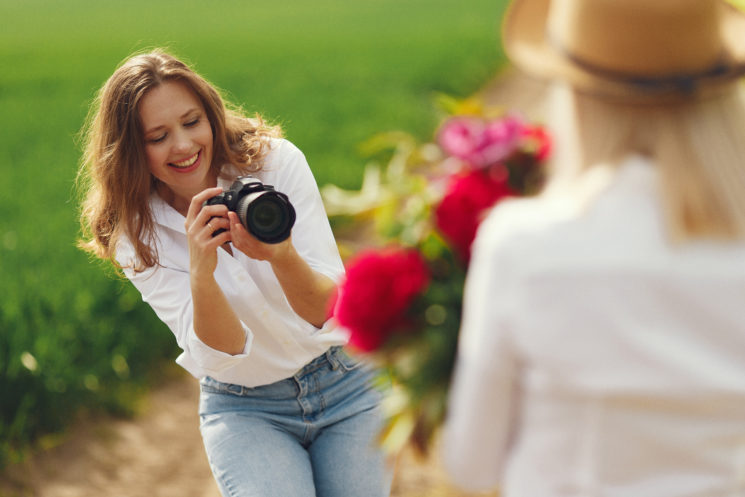 I’ve said it before and you’ll sure hear me say it again: we all make mistakes. They are an integral part of the learning process, so we can’t really do without them… But, the sooner you stop making the same mistakes all over again, the sooner you’ll improve. In this video, Eli Infante talks about three common mistakes he used to make and you probably make them, too. But as soon as you overcome them, you’ll raise your portrait photography to a much higher level.

Eli’s mistakes refer mainly to shooting portraits with OCF in high-speed sync. However, I think that they are applicable to portrait photography in general. What I also like is Eli’s approach to the topic: he doesn’t just say “this is wrong, stop it.” He rather discusses the mindset that is wrong and that keeps you limited when taking photos. So, let’s dive in:

Many portrait photographers out there swear by fast, long lenses that can blur out the background. Of course, there’s nothing wrong with smooth bokeh and there’s definitely time and place to use it. However, your mindset when using it can be wrong. Eli admits that he would always just blur out the background because of his inability to create a good composition. He would just have the subject stand there and blur out everything but them.

So, rather than using blurry backgrounds to hide your weak spots, you should expand your knowledge. Think about the background, the foreground, and the location where you shoot, and think about how you can incorporate them into the shot. Don’t just blur everything out and limit your creativity by always playing it safe.

This is a mistake that works for shooting with artificial light. But, we can expand it to other kinds of photography and say that the mistake is always going for the same look.

In Eli’s case, he used to always place his light opposite to the sun. It’s okay, of course, but once again, he was playing it safe. This resulted in always looking for that same look in the images, and limiting his creativity. Nowadays, Eli often uses the sun in the same direction as OCF to make the photos look more balanced and make the light look more natural.

So, the next time you are on location, slow down. Don’t just go for the first look that pops to mind and the one you’re used to using. Instead, analyze the available light in your environment, and consciously decide where you want to place your light.

Dramatic clouds could complement your portrait, but don’t be too focused on looking for them. Eli admits that this would often make him not think too much about the environment, composition, and the subject of his shoot.

Cloud shot was Eli’s “safe shot”. So, he started to challenge himself to find locations where he couldn’t use them. He also doesn’t always shoot during the golden hour but tests his abilities and creativity at different times of the day and various lighting conditions.

The point is to step out of your comfort zone and stop relying on the things you’ve already mastered. Of course, that doesn’t mean that you have to ditch any of the three looks mentioned above. But the point is to not always go for your “safe shots,” but learn, experiment, and try new things instead.

[3 Portrait MISTAKES That Helped Me IMPROVE via FStoppers]

If you’re making these six mistakes in your photography business, you need to stop it

« How to keep your subject comfortable in front of the camera when shooting interviews
New photographers, here are five things you should never buy »