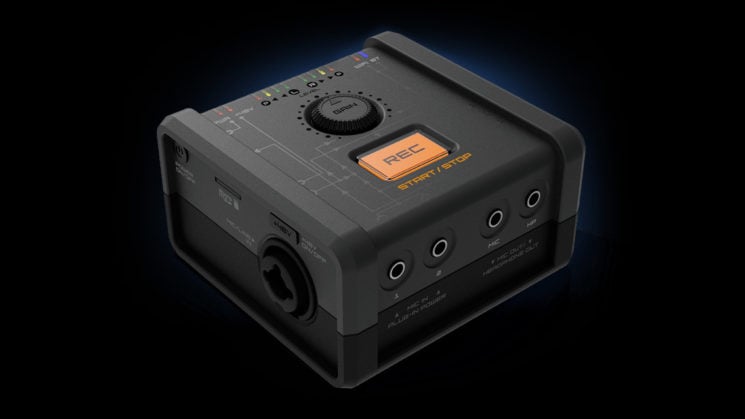 This is an interesting little product. Reclouder is a “personal hybrid audio recorder” that saves audio to an SD card but also automatically uploads it to the cloud. It’s a 2-channel recorder, meaning you just get left and right stereo sound, but it can take its input from 3.5mm mic sockets or through a pair of line/XLR combo sockets (one with 48v phantom power).

At the moment, it still seems to be somewhere in the development stages but is expected to go the crowdfunding route at some point for a very reduced $129. The regular retail is expected to be $199. 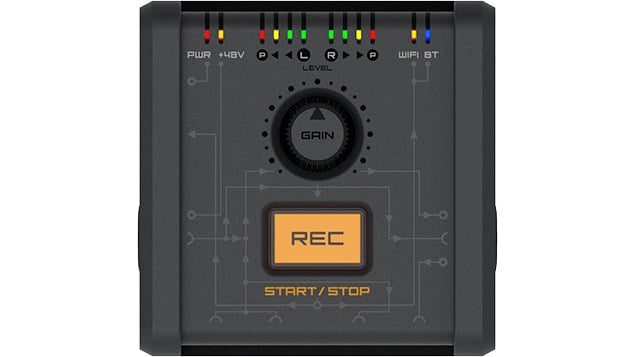 So, let’s get the specs out of the way first…

It sounds like your fairly basic sort of spec. 24-bit 96Khz. 3.5mm and XLR mic inputs, line level inputs, a big gain dial and a start/stop record button. Across the top are a bunch of LED indicators for power, phantom power, level indicators and two on the far right for WiFi and Bluetooth. 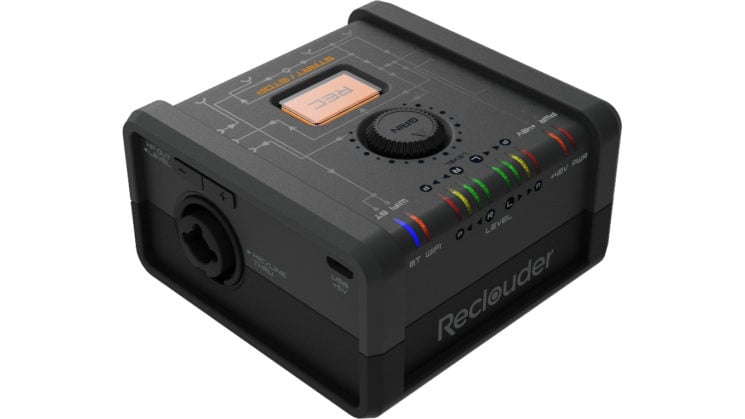 And it’s those two features, WiFi and Bluetooth that make the Reclouder particularly interesting. The devices saves internally an SD card, as many field recorders do. But then once it discovers an internet connection, it will automatically back up those files to the cloud. This means that if you have an editor working elsewhere, they can get to the files and start processing and editing while you’re still at the location. Or it means that if anything gets damaged or lost on the way home, you still have a copy of everything.

But this connectivity also means that you can link up multiple recorders together if you need to record more than two channels and keep everything synced up with each other. If you’re working with multicam setups or you have many microphones on set, you can sync up multiple units to all start and stop at the same time, all nicely synced up. 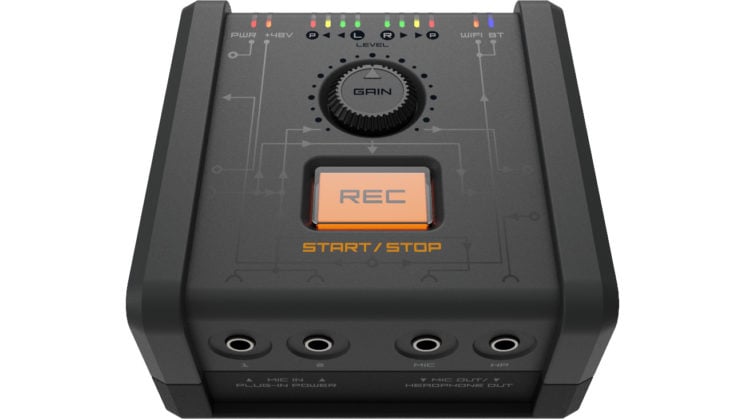 Even on a basic setup where it’s just you, your camera and a single microphone, the audio quality being recorded by this thing should be better than the internal pre-amps on your camera. Of course, how this compares to other popular field recorders like the Tascam DR-100 and Zoom H4n remains to be seen.

Despite uploading to the cloud, this is not a streaming box. You can’t use it to broadcast your audio as it’s happening. It’s designed to record, and then upload those files to the cloud, where whoever you explicitly grant access to can get to them. Your cloud is essentially a private backup service.

There is a pre-order available for Reclouder. You put down $10 now, and then another $119 when the crowdfunding campaign kicks off, and you get your Reclouder for $129. Exactly when that campaign will kick off (if ever?) is unknown. If it makes it past the campaign and goes into production, the regular retail price will be $199.

The microUSB socket is a little disappointing, though. It’s an awfully weak socket. I really wish companies would just all agree to start adopting Type-C already, especially with USB4 on the way. Even if it doesn’t need the data rates, Type-C is just much more substantial than microUSB when it comes to regularly plugging and unplugging to charge power.

It’s a very interesting looking box and assuming everything works as promised, then for $129 it might be worth a good look. But once it hits $199, I think I’d personally go for the tried and tested Zoom H4n or, if I could stretch the budget a tad further, the Tascam DR100 Mark III.

But if Reclouder looks interesting to you, head on over to their website to find out more.