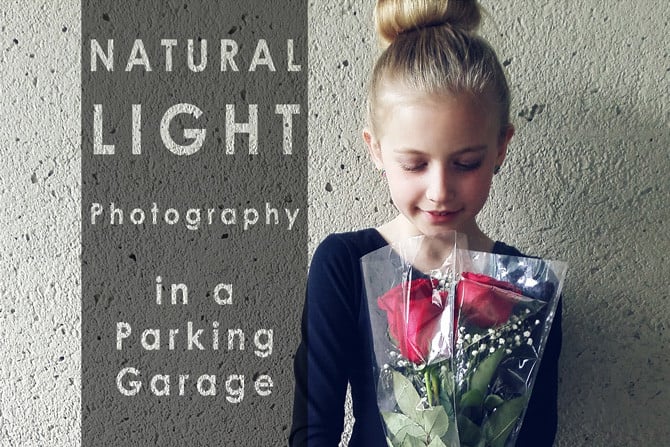 This past weekend I had the extreme pleasure* of attending my daughter’s second (she and I agree last) dance recital.

In what can only be described as a three and a half hour long gong show featuring 56 acts – non stop – it was still an important accomplishment for her, so of course it was up to me to at least snap a few obligatory family photos.

It turned into to interesting lesson on natural light photography and photographing kids that I thought I’d share.

To understand my conflicting goals of getting out of there as quickly as possible and taking a few halfway decent photos of my daughter, you first have to appreciate the circumstances.

Thousands of parents toting hundreds of little dance prodigies in complete dance regalia: hair, makeup, costumes the whole shebang – exiting a theater after three and a half hours of entertainment*.

And what’s the first thing all these parents want to do as soon as they get out into the bright June sunshine?

Take a photo of their kids of course.

And where do you think the best location to capture said photos would be?

The sidewalk out front of the theater featuring the sunning background of cars and buses on a gorgeous* rustbelt city 1960’s era 5-lane-wide one way urban freeway…in full sunlight.

Which led me to this really cool location under the entrance to the parking garage. 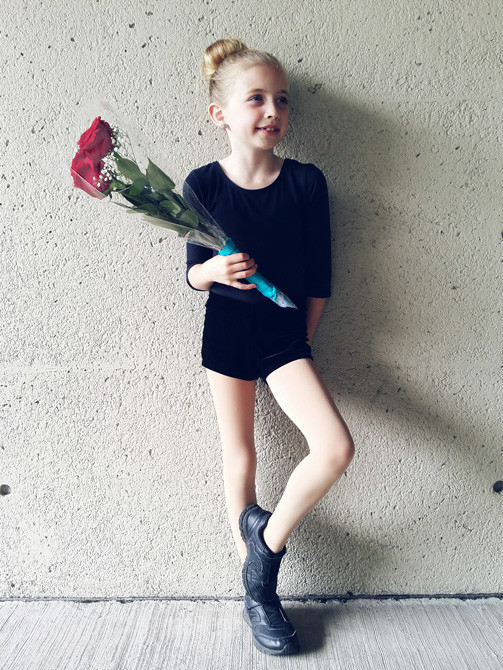 Everyone else passed by this location – but nobody else though that it would be a good location for a portrait.

If you look closely, there’s quite a lot going on in this photo that works quite well.

The lighting is directional and soft with lots of shadow and the background is interesting and clean (and best of all there were no other parents around).

What makes the lighting in this image so much more interesting than typical natural light is the geometry of the space.

First of all, there was a ceiling – about 10′ high, so there was no direct overhead light.  Then, the space was only open to daylight on two sides – to the left (facing west in the afternoon) and behind me (facing south).  It was essentially the same as having a giant key light softbox to the left and a fill light behind.

Here is how it looked on paper: 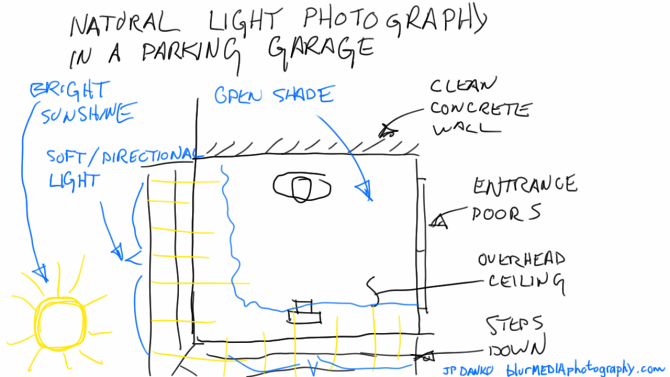 OK, so I found this great location, I get my daughter into position and back up to take a few quick photos and what does she do?

Exactly what she’s been trained to do her whole life!  Stare right at the camera and smile – “cheese”. 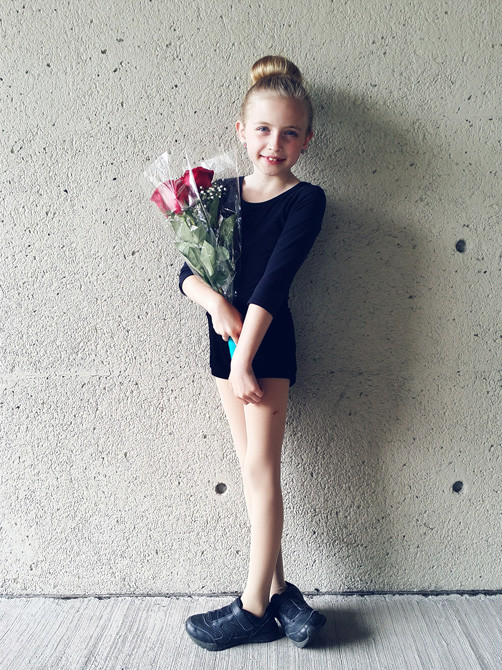 This was not the photo I had in mind.

This was not the image that said “I’m finally done with going to dance classes every week because you wouldn’t let me quit even though I hated it, but in the end it was kind of fun and I feel like I accomplished something but I’m still really happy that you said I didn’t have to go back next year”.

So, I asked her “how do you feel right now?”

Which gave me this: 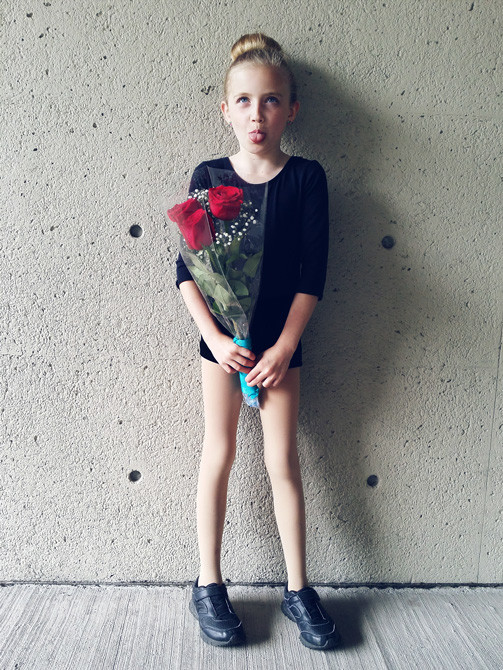 Which I think is a much more interesting commentary on the day and dance class in general.

Control Your Camera From 150ft Using A Garage Door Opener