You know that moment when you agree to do a favor for a friend and it turns into something a bit… well, more? This weekend I ended up taking headshots of 80 people during six non-stop hours of shooting. Here is the story, what I learned, and some random thoughts on the experience. 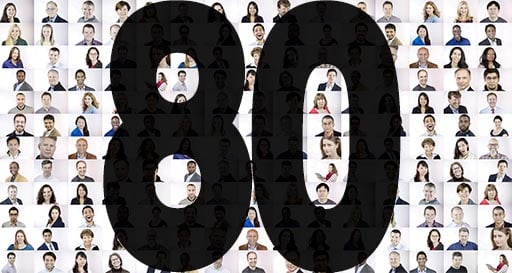 I’m not a professional photographer (I don’t accept payment for my work), but I do enjoy it and spend quite a bit of time on it. A few months ago a friend planning a single day DC area startup networking event asked if I’d be willing to spend two hours doing simple headshots of people who wanted updated pictures to use on their Linkedin profiles or bio pages.

I agreed because I’ve never had the opportunity to take photos of other people with a full studio style light setup and knew it would be an immense challenge and incredible opportunity to gain a lot of experience in a (theoretically) very low stress / low expectations scenario. I also like helping people out and seeing them happy about seeing a good picture of themselves, and we all know how much lighting matters there.

I discussed this with my friend and we determined I would set up and take headshots for two hours on a first-come first-served basis. We figured 10-15 people would be interested and I thought with ten minutes per person I would be able to at least get some usable shots. I would be setup in the corner of a ballroom without natural light with a white wall which I’d decide whether or not to use on the day.

I decided to use a continuous light setup instead of strobes for the main lights to avoid any annoying problems with batteries, remote triggers, etc. I tested out the light setup I use for video interviews and it worked well enough, so I built a checklist of gear to pack up based on that. 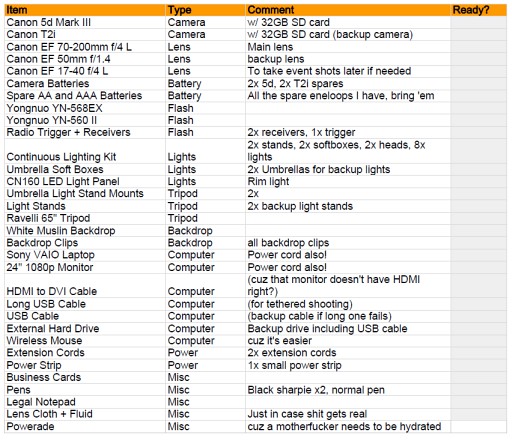 In order to avoid those frustrating situations where you think a photo is crisp on the camera LCD but find out it’s shit on the big screen, I brought a laptop and a 24″ monitor so I could shoot tethered into the laptop and review the images quickly as needed. In testing, I found that Adobe Lightroom was way too slow for me to review the images in anything close to real-time, so I ended up shooting into the Canon EOS capture app for immediate review (2s vs 5s+) while Lightroom auto imported on the back end. All of this turned out to be moot though, as the sheer quantity of people and pressure of the pace meant I did 99% of the reviewing on camera.

Up at 7AM. Zipcar loaded and on the move by 8:30AM, on-site and setting up by 9AM. By 9:30AM I was all set up, everything test fired clean, and I decided to use the white background with a single strobe fired remotely onto it to lighten it up (Big Mistake #1: I should have used two, one from each side).

I was slated to start at 10AM, but at 9:45AM while joking around with a friend of mine someone came up to me and asked if I was ready to start shooting. I looked up and realized there were already nearly twenty people in line waiting for me… and I hadn’t even started.

The rest is a blur. For each person, I’d give them a card with a URL written on it where they’d be able to get their pictures later and give them a little speech about it. Then I’d have them hold it up like a mugshot so I could track them, after which I’d adjust the lights to get the best look for the individual. I’d give them a little speech about posing, then let them do whatever look they wanted while I took a few more shots to check and tweak the lighting. Once I was all set, I typically had them start with a serious look straight on, then joked with them to get some smiles, switch them to a slightly sideways shot, and call it when I was pretty confident I had at least a few good images. 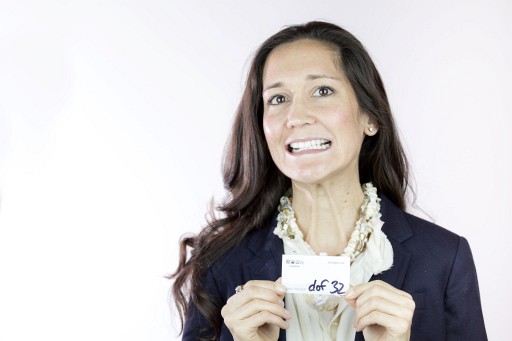 Some people required a LOT of help (especially those with massive forced grins), and I can’t even remember how many times I asked people if they were pushing their tongue against their teeth. The most successful responses I got seemed to be from asking people to “mean mug me” which almost always resulted in nice little half smiles ‘cuz apparently these people weren’t mean. I had two subjects that knew exact what they were doing and I spent maybe sixty seconds on them and done, perfect photos – but I had a lot more people who I had to constantly coach and make comfortable and calm them down for a couple minutes before I could get anything.

At noon, after two hours, I finally looked up and was going to call it when I realized there were still nearly thirty people in line… and they had already waited an hour or more. We determined I could keep the space for the rest of the afternoon and I just kept shooting. A friend of mine grabbed me some tacos and I ate one in a quick break around 1PM, a second around 3PM (when a nice gentleman insisted I take five minutes to do so), and the third when I was tearing things down at 4PM. I only stopped at 4PM because we were literally closing down the hall – I still had people in line and was desperately rattling off last minute pictures.

When I got home, I counted it all up – just over 3,000 images of 80 people using up almost 80GB of space. I started sorting and preparing to edit and laughed as I checked my e-mail to find I already had a couple messages from people saying they’d gone to the URL I gave them and the pictures weren’t there yet! Augh.

I’ve spent around eight hours so far sorting and processing the images. I’ve finished the first forty people, so I’m halfway done. I was very glad to see that I got at least 4-6 good pictures of each person. Here are two contact sheets of the first forty people with my personal favorite images from each one (though some are just fun): 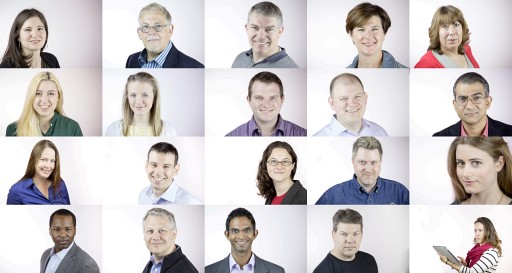 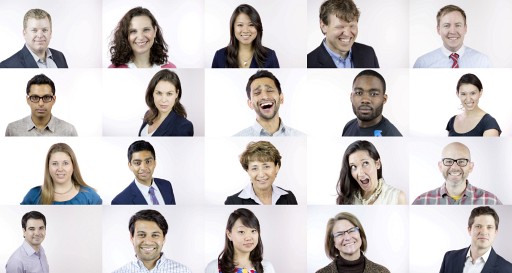 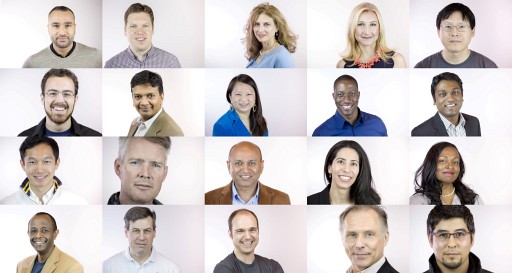 backdrop strobe batteries started to fade and they started doing weird things with the light during this set, and somewhere around 50-55 I had to move everything to the left about ten feet to make room for some other stuff scheduled at 3pm so lighting got a lot less consistent – and I started spending a lot less time with people to speed things up, less than 30 shots person on average during this set vs 40+ before)

Some things I learned:

Bleh. Thanks for letting me vent. If you read this, you cray.

I don’t take money because I’m not a pro and I want to deliver whatever I want – a pro works with you to get exactly what you want. It’s not that I can’t charge for my work, it’s that I prefer the freedom of not being accountable to a client. I’m basically my own patron. I understand that not everyone can do this, and it’s why I continually stress to people how much more they can expect from a good professional and why it’s worth it to go that route, and tell them what rates to expect. Many people I’ve worked with have hired pro’s as a result of this, when they wouldn’t have considered it before.

My buddy saw the reddit thread (sup Adam) and gave me a call. We know each other well so he knows I was sharing this most because of how much I enjoy challenges and writing about them (he was going to join me for awhile on a six month motorcycle trip around South America until he tore his ACL), but his response was effectively “none of us realized how popular this would be – now that we do, if we do it again, we’ll make sure you make some good money.” So there you go.

Peter Waterman is an IT executive at a small technology company, an amateur photographer and videographer, and he teaches parkour. you can find his site here, his facebook here an his youtube here. All definitely worth a follow.
Here is some goodness from his about page:
I’m always on the lookout for interesting photo and video opportunities and prefer to donate my time to those who can benefit from great photography without being able to pay for it. If you have a cause that would benefit from a good guy with a camera, please don’t hesitate to reach out to me. This post was originally posted here.

How to bulk process and edit headshots on a white background