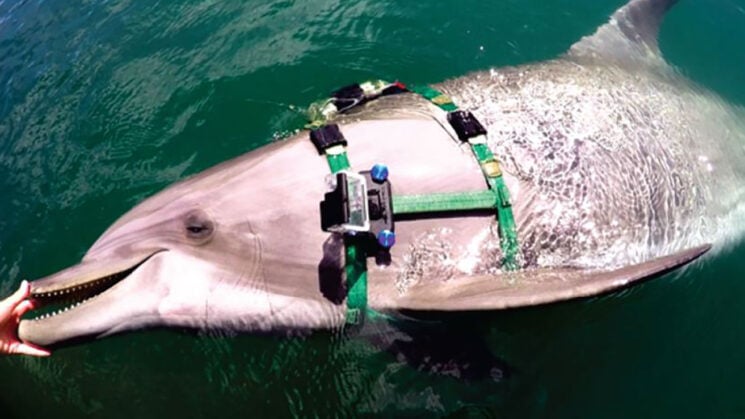 If you’ve ever wondered what flipper eats for lunch, now we know. For the first time dolphins were observed catching and eating live fish after a Go-Pro camera was attached to them during a scientific study. Researchers were able to not only capture video but also listen to the sounds the dolphins made while hunting. The dolphins were also filmed eating delicious venomous sea snakes, something that has never been recorded before.

The dolphins were all US Navy-owned and were being trained to hunt for landmines when the study was done. The dolphins had Go Pro Here 8s attached to both sides of their heads on a harness. This meant that researchers were able to observe and track eye movements while the dolphins hunted their prey.

Previously, scientists had thought that dolphins hunt by ram feeding (where they would swim faster than their prey and clasp the fish in their jaws) or by creating a suction by moving their tongues and expanding their throats to slurp up prey.

“Sound and video together have never been used before to observe the behaviour of dolphins and of the live fish they capture and consume,” they wrote in the study.

However, the simultaneous sound and video capture revealed that echolocation was used to find prey at a distance. Closer prey was caught using eye tracking. 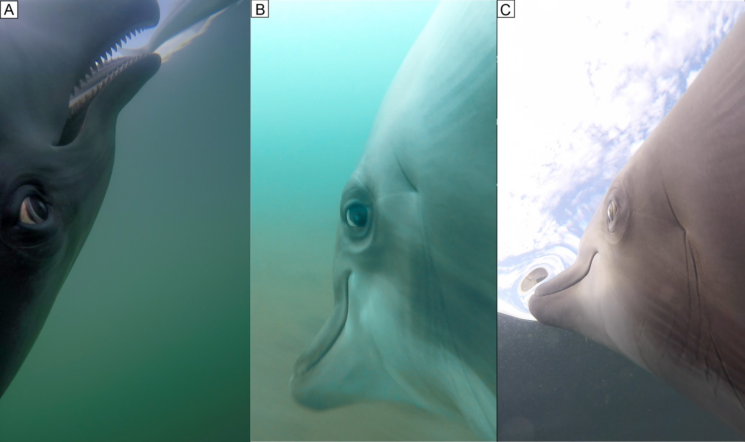 Fig 4. Dolphin S visually tracks fish by rotating eye.
A. During a surface chase, the dolphin visually tracks a fish by turning upside down and by rotating the eye forward displaying the posterior sclera. B. The dolphin rotates the eye backwards displaying the anterior sclera as a fish escapes to the rear of the dolphin. Note the depression under the eyeball attending the backward rotation. C. Dolphin S eye without a depression showing.

The dolphins were filmed in the open waters of San Diego Bay and the pacific ocean. It was a surprise to the researchers to see them hunting small yellow-bellied sea snakes. The report states that “eating such prey had never been observed before and did not make the dolphin ill.” The researchers concluded that it is quite possible that wild dolphins also hunt and consume venomous sea snakes without ill effects.

The researchers say that the camera placements that were used could be employed with small cameras and suction cup tags to also observe feeding in wild dolphins. This would give a better understanding of feeding and nutrition in threatened populations.

Dolphins have been known to hunt poisonous puffer fish in the wild, particularly adolescent males. The teenage dolphins use the puffer fish to play catch with one another and have been observed using the poison to get high.

It’s worth noting that the study followed protocols approved by the Animal Safety Committee of the U.S. Navy Marine Mammal Program and followed all animal care guidelines of the Institutional Animal Care and Use Committee at the Naval Information Warfare Center Pacific and the Navy Bureau of Medicine and Surgery, and followed all applicable U.S. Department of Defense guidelines for the care and use of animals.