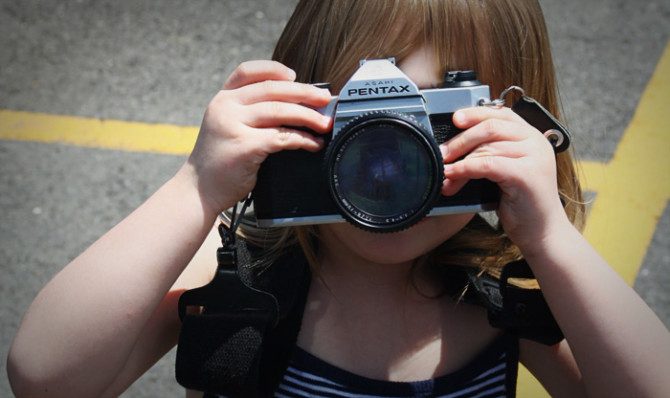 The Interwebs are rife with mocking and ridicule, from armchair pundits spouting their views on politics to religious nut-jobs attempting to bludgeon the public into belief conformity. Heaven knows I’ve done my fair share of it (which typically coincides with a depleted supply of Midol).

But, there’s one specific demographic that I frequently see getting beat on, and it’s really beginning to irritate me. Why only one in particular when there are so many options from which to choose? Because…I can’t really tune it out due to my own career choices. I can tend to be a pretty apathetic guy about most things, but it’s when I become annoyed that I start to speak out.

Those of you new to the photography world, whether you joined as a hobby or are a career-minded individual, are under attack. A lot. From Top 10 lists mocking your approach to “experts” shouting about how you’re ruining the pristine world of photography to individual trolls attacking you on a personal level, you take flack from all sides. Heck…you get shot at with friendly fire before you even step foot in the recruiting office!

You are a brave bunch. You are an ambitious bunch, and I laud you for that. You are excited to explore this new world and eager to make your mark. Whether you’re using a point-and-shoot, a cell phone, or a dSLR, you are trying…and that’s important. You aren’t sitting on your ass and doling out “expert” opinions. You are making a difference, even if it’s just in your own skill level. You are excited about your work and want to share it with the world, yet you become vulnerable when you do…and that’s when the blood-suckers attack.

How to respond to the trolls

The simple answer is: don’t. They deserve no response, plain and simple. These are faceless individuals whose words have no real impact on your life or work. These are insecure, self-absorbed keyboard-punchers who wouldn’t know common decency if it showed up naked wrapped in a Christmas bow. They’ve made mistakes, probably most of the same ones they’re lashing out at you for. Ignore them, and move on.

Why I was once a closet troll

Yes, I used to be one of them, although mostly in my head, especially with those I knew personally. “Pfft…they just have a point-and-shoot.” “I can’t believe they call themselves a photographer.” “MY work is so much better than theirs.” “Their exposure is crap, and they suck at Photoshop.” “They don’t even use Lightroom…” Yes, I’ve thought it all before. I’ve pretended to be interested when a hobbyist photographer would show me the picture of that sunset they were so excited to have captured. I would talk to those new to the field with fancy terms that left them a bit confused. I would criticize (not critique) their portfolios and share with them my “superior” images as a way to prove to them that I knew how to take a photo. There are times I would lash out online in comments lambasting the horror they called photography…and for what?

Why was I like that? Because I was a scared, uncertain, insecure narcissist. I wanted a career in photography and felt threatened by those around me who showed an interest in the field. I felt unsure of my own approach and needed to make myself feel better by placing them on a lower level. I was insecure in my own worth and felt that, by devaluing theirs, I would increase my own.

And, chances are, that’s where the majority of your opposition is rooted. Now, does that sound a person who deserves your attention?

If you are just starting out, might I caution you against automatically calling yourself a “professional photographer” or slapping a watermark on all of your images. This can lead others, including future potential clients, to dismiss you as reaching too far too soon, and they might pass over you in the future. On the other hand, there is no set standard by which you are finally allowed to call yourself a “professional photographer.” This is a gray area that it not for me and, might I say, others, to define.

But, I’ve been there myself… I called myself a “photographer” before I had accumulated much skill or experience. I got paid for shoots when it probably wasn’t the client’s wisest decision. Don’t feel bad.

To all you omniscient photographers

I am not allowed to post the language I feel like using towards you sometimes. Where did you start out at? To which rung of the ladder were you so providentially allowed to jump? So, you sunk a mortgage’s-worth of money into a fancy education that taught you everything the Internet and personal exploration has to offer for free? Good for you!…just don’t come to me offering financial advice. You’ve been in the business longer? Great!…I guess your parents kicked you over every time you tried walking just because they had more years under their belts. Get over your self-worship and contribute something meaningful to the world!

Clients’ needs are theirs, not yours

I would think that is pretty self-explanatory, but I’ve been known to be wrong twice before. You attack new photographers for diluting the photography waters and claim they are bad for business. “Why would a client pay $5,000 to hire me when his neighbor’s cousin will do it for $300?! The horror!!” I don’t drive a Ferrari because a Ford meets my needs. Sure, it’s not as flashy and might not garner as much attention, but why should I be considered an idiot for my purchase? It fits my needs and my budget and, in the end, is my own decision. If a client is perfectly happy with the work of a “lesser” photographer, that’s their friggin’ business…I don’t see you firebombing my Ford dealership because I chose a “lesser” product!

The best photographers have better things to do

Seriously… When was the last time you saw an industry icon ripping an aspiring photographer a new one? They realize the true importance of mentorship and will admit that they started crawling before they could walk or run. Got time to act like an idiot? Then you’ve got time that you aren’t actually doing photography.

If you are just starting out…

Stay encouraged. Share your work. Build your skill. Make mistakes and learn from them. Ignore the online and real life trolls. Stay humble. And, one day, be the encouragement for another learner that you wish someone would be for you.

Now, it’s off to the drug store to buy some more Midol…

Dear photographers, educate yourself before you start charging

Are these photographers cheating or does reality not matter anymore?

The internet addiction is killing your photography

The Internet is going nuts over this Hobby Lobby photo shoot

« Man Sits On Whale Carcass To Photograph The Great White Shark Feeding Frenzy Surrounding It
Richard Prince Gets a Taste of His Own Medicine; $90,000 Prints offered for $90 »