Have you ever wondered why camera lenses produce a circular image circle (in general) but sensors are rectangular? Of course the answer is mostly historical – the format of a 35mm photo is in 3:2 aspect ratio, a ratio that people have long known to work well due to human binocular vision.

But lenses, in general, are circular. they produce an image circle, a circle that, in general, allows the 35mm sensor to just fit inside it. You don’t want your image circle much bigger than this (except for tilt-shift lenses) because that makes your lenses heavier and more expensive.

So, the image circle has to be at least wide enough to fill the rectangle

This shows us the area of the whole image circle is 1,471mm². So by using the full frame sensor we’re not even close to getting the full image that the lens projects, we’re throwing away 41% of it.

Let’s put that in a different perspective.

Here’s a small table of some popular Canon camera sensors, the number of megapixels on each and how many megapixels the camera would have if it had a circular sensor of the same pixel density.

Yes, that’s right, using exactly the same sensor technology that is available today, you could push the EOS 80D up from 24.2 to 41.1 megapixels. Of course the 80D isn’t full frame, but there’s no reason the same system couldn’t work with APS-C as well. If anything it would be even more practical to do this.

Here’s a visual representation of how much more you get from a circular sensor compared to the regular one. 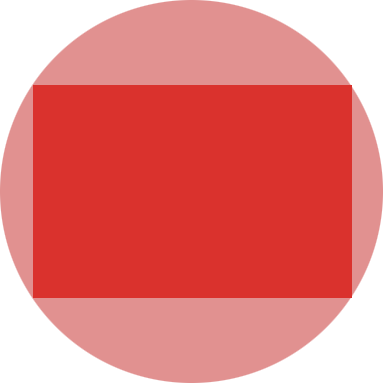 And remember. Not only are you getting more megapixels without increasing density or decreasing sensitivity, you’re also still using the same lenses with the same optical properties – although we’ll go into this a bit more later.

But wait! Who the hell wants circular photos?

No-one does. Circular photos are stupid.

But that’s not the point. We’re not going to make circular photos. We’re going to make regular rectangular ones. But so much better than before.

Here are five absolutely killer reasons that are so good that they probably could go on their own page each with a NEXT > button just to show more adverts. But no, I won’t do that to you.

Reason 1 – Never having to do this ever again

But what’s so difficult about holding a camera sideways?

I guess you’ve never used one of these before…

That’s right. Switching camera orientation when shooting portraits with a flash is a real pain because your lighting angle changes, and switching between orientations on a tripod can be doubly-frustrating.

Have you ever needed to create a photo in a different aspect to the normal 3:2? Maybe you need to do a square image? Maybe one that is in 16:9 ratio? Currently all you can do is crop.

Using our circular 80D sensor again, what do we get? It’s time for another table:

Reason 3 – Changed your mind what orientation you needed? No problem!

Did you take a photo in portrait mode and then think you really should have taken that same shot in landscape? Well, now all you need to do is go back to your circular raw file and select the different orientation. Or even a completely different aspect ratio. 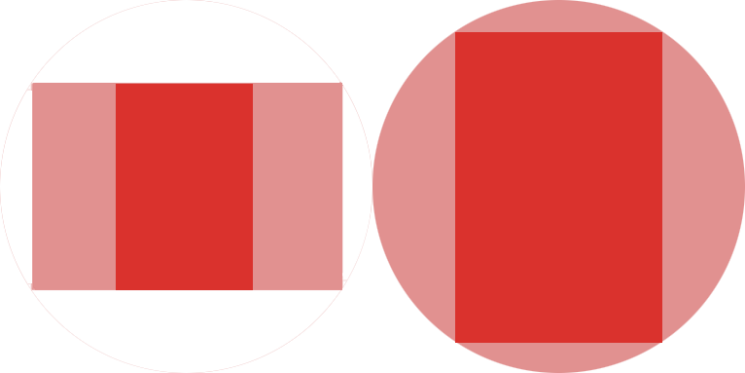 On the left, cropping a traditional landscape shot to convert it to portrait. On the right, cropping your circular image to portrait – It doesn’t matter what angle you were holding your camera at the time you took the shot, you still get the benefit of your full resolution.

And that means straightening horizons no longer means losing some resolution!

Reason 4 – Oh damn, I cut off the hand when I took this photo. I wish those missing pixels were hidden somewhere. Oh wait, they are!

Suddenly raw files become a lot more exciting. As well as changing your mind on orientation, you can essentially turn every photo into a shift lens photo by offsetting the rectangle a little.

Depending on how much shift you do you’ll get some vignetting and image loss in the corners, but in many cases that’s easily repairable in photoshop.

In fact, in many cases you’ll be able to take the full circular image and extend it out into a square image by ‘content aware’ filling with some occasional manual editing to convert your 41.1 megapixel circular image into a 55 megapixel 7420×7420 square image. And let’s remember, this is with sensors and lenses designed to give us 24 megapixels currently.

There’s one canon lens that creates circular photos right now, the EF 8-15mm f/4L Fisheye, when set to 8mm on a full frame camera you get a 180 degree image filling a circle fitting inside your standard full frame image. This is, of course, an image circle in reverse.

With our new super circular sensor on a full-frame camera this lens would fill our entire image circle with an 180 degree image at around 10mm – giving a vastly higher resolution image.

Let’s switch to a 5DSR sensor type. On a regular 5DSR the actual circular part of a full 180 degree image from the fisheye would work out at 26.3 megapixels. But the same 180 degree image (with the lens set to about 10mm) would be the full 86 megapixels on the circular sensor. Again, this is the same lens, and exactly the same pixel density.

It sounds great! Why haven’t they done it before?

There have been three big reasons to stop this in the past.

Firstly, this is not that useful a tool for people who don’t edit their images. If you want to just take photos and print them out there are some benefits of convenience (landscape/portrait) but the rest of the benefits aren’t that significant to you. Fortunately more and more people are now comfortable editing their photos, and the benefits this new sensor would bring are clear.

Secondly, it doesn’t really fit in a DSLR. You’d need a square mirror and a bigger prism and then you hit a major problem – your mirror would be too big to flip up without hitting the lens. And you can’t move the lens away from the sensor. So it sounds like this will only work if you can design a camera that doesn’t need a reflex mirror assembly. Fortunately, we can now.

Finally, and the most significantly, the cost of creating the sensors. Sensors are created on silicon wafers and currently about 20 full-frame sensors can be made from a single wafer. Once you start trying to make circular sensors you get a lot more wastage and so you’d need to ensure you use your wafers more efficiently. The most efficient way to stack circles is essentially to stack them with hexagonal packing, and the very absolute best you could get out of that would be 14 circular sensors, but it’s more likely that 13 is the absolute limit. Needless to say this means your sensors are at least one and a half times more expensive than before.

Will all our lenses work?

Not all of them. First you have to ditch these 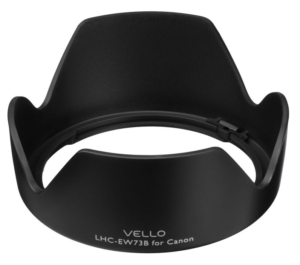 and replace them with these

You can be sure within 15 minutes of the new camera being launched there will be a dozen chinese companies offering circular-compatible lens hoods for the whole range of Canon lenses.

More seriously there are some other issues. Look at the back of your lens. Does it look like this? If so, then sorry, it won’t work properly with a full image circle. However, the camera will presumably have a database of lenses and capabilities so that it knows exactly how much to crop down for each lens to maximise available image from the lens.

Another issue is that currently lenses are tested and designed to perform well for rectangular sensors. Its’ quite possible an optical flaw within the glass area currently not covering the sensor area will go unnoticed during testing and the fault only show up during use with a circular sensor camera – and at that point who is liable for this? The lens wasn’t sold originally as suitable for a circular sensor – so although the likelihood is most of your glass will work, if there are problems with the lens you’re probably on your own.

Jolyon Ralph is a photographer and collector of Canon EOS film bodies, although he also shoots digital when forced to.  You can find out more about him and follow his work and writings on his website.  This post was also published here, and used with permission.

Spam Filter gone Crazy Or Where The Heck Are My Comments

Is the sensor or the lens to blame for poor image quality? 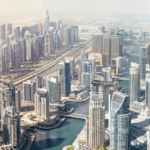