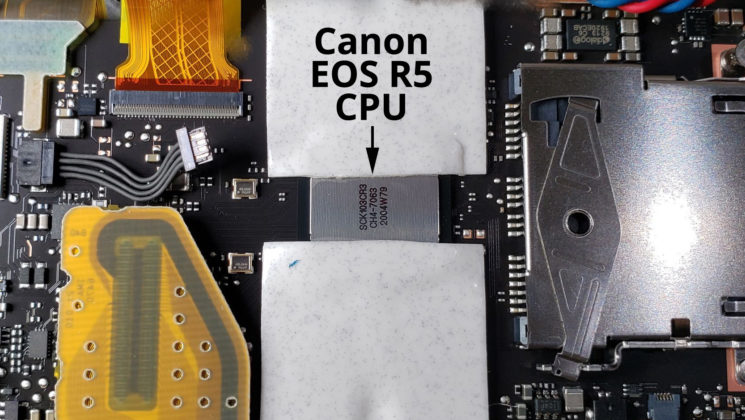 After seeing numerous reports of the lengths to which people had tried and failed to cool down the Canon EOS R5 to get longer video shooting times out of it, I was starting to suspect that the “overheating” time limits might actually be coded into the camera’s firmware and it actually has nothing to do with the temperature of the camera or the environment.

Now it seems those suspicions might have some evidence after a Chinese EOS R5 owner tears his camera down to try and fix the problem himself. He posted images of the process to Baidu and we can see exactly how the EOS R5 is laid out inside, which seems designed not to aid cooling, but stifle it. A video of the teardown was also posted.

The video and images show that the hardware is laid out in such a way that it actually seems to trap heat around the CPU rather than take it away. Strangely, while there are thermal pads covering the RAM chips, much of the CPU remains uncovered. In fact, the small sections of the CPU that are covered actually share the thermal pads from the RAM. 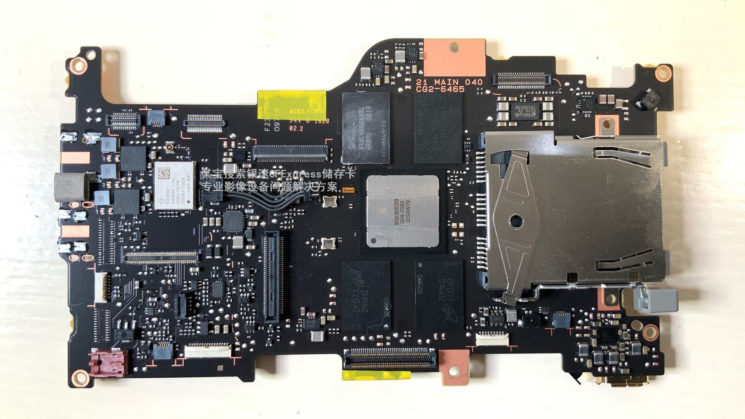 On removing the thermal pads from the RAM, we can see exactly how big the CPU inside the EOS R5 is, and how little of it is covered. The RAM is likely to heat up quite substantially and transfer heat to the edges of the CPU, which would otherwise generally be lower in temperature than the unexposed centre.

There’s also a whole second board that sits on top of this one, further trapping air and preventing the CPU from venting heat out through the magnesium alloy chassis. A chassis that, as EOSHD points out, Canon claims mitigates overheating issues. On reassembling, the user added thermal paste over the CPU to help allow increased heat transfer away from the chip, and after measuring the temperatures with a thermal image camera, the CPU does seem to be the main source of heat within the camera, and not the sensor (which didn’t go over 40°C).

According to EOSHD, though, the camera still shut down after 20 minutes, even with more heat taken away from the CPU. Combined with the fact that people seemed to get the same overheating time limits regardless of whether they were in arctic conditions or the Arizona desert, this suggests that the overheating limits are actually hard-coded into the EOS R5’s firmware and that it’s not actually monitoring the temperatures inside the camera at all.

This wouldn’t be without precedent. Flash manufacturers have often done the same thing to prevent their strobes from overheating, with clearly defined tables showing how many flashes you can do at different power levels in a given time frame before the overheating prevention kicks in automatically – regardless of the conditions in which you’re shooting. And they usually hit those numbers pretty spot on (and pulling the battery out and reinserting it usually resets it – suggesting that they’re not actually monitoring the temperatures, either).

The good news, though, is that if it is just a firmware limit, then Canon may choose to remove it or alter the code in such a way that it allows for longer recording times. Whether or not they’ll do it, however, is another matter entirely. If they don’t, then maybe we’ll see Magic Lantern make something of a comeback.