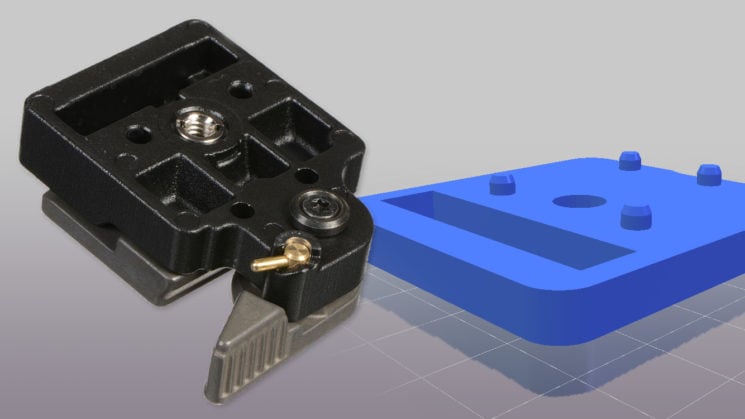 The Manfrotto RC2 quick release system is one of the most popular in the world for photographers. Its only real competition for tripod mounting supremacy is the Arca-Swiss system. But while very useful, the Manfrotto RC2 base (otherwise known as the Manfrotto 323) onto which your plate mounts has a fatal flaw. The underside of it is not flat.

So, if you want to mount it to a cage, or stack it on top of a plate for a different tripod system, you may face something of a challenge. Fortunately, one enterprising user by the name of Eric Hasso over on Thingiverse designed a solution that can be 3D printed. The folks at LensVid are quite partial to the Manfrotto 323, so they decided to check it out.

Design issues like that found on the 323 can become a problem for photographers. Once you get locked into a mounting system on one or two devices, you want to have the same mounting system for all your other devices, like sliders and gimbals, too.

When you’re unable to mount the base to something, it’s frustrating and might force you to switch to a different system to get that consistency between all of your devices so that you don’t have to keep swapping out plates. 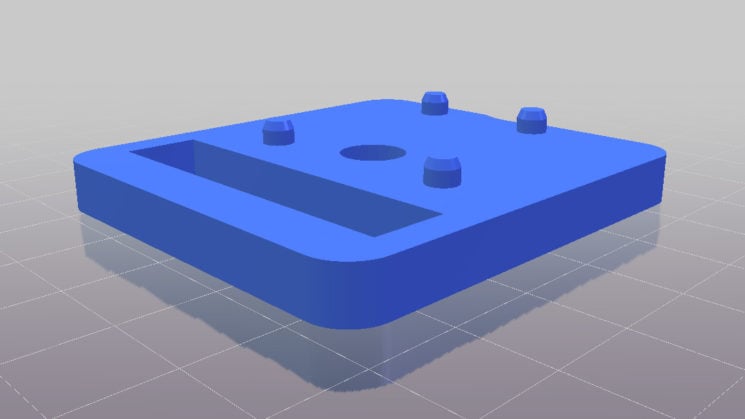 The printed design essentially acts as a spacer between the bottom of your plate and the surface of whatever you’re mounting it to. It ends just shy of the parts of the Manfrotto 323 plate that protrude down and has locating pins to help it fit into the four holes beneath the 323. Although it seems that not all 323 versions contain the holes to receive these pins, so you might need to shave them down after printing.

Naturally, there is a hole for your 3/8-16″ mounting bolt to pass through – although you might need some kind of extension bolt, depending on what you’re mounting it to as the 3D printed base is quite thick to accommodate everything. You also may need to ream it out with a drill or give it some sanding, depending on how accurate your 3D printer is.

LensVid talks about how they overcame some of the issues in a post over on their website, and they also say that they’ve spoken to Manfrotto and several other manufacturers about this issue, too.

I have to admit, it’s not something that really occurred to me before, as I mostly use Arca Swiss compatible mounts when shooting stills and there is such a wide variety of those out there that I can buy what works for the task. I do use the Manfrotto 500 plate system for video, although those mounts are all built right into the tripod heads, so it’s a non-issue.

But now that it’s been pointed out to me, yes, it definitely seems like something of a design flaw. The reasons for the design choices are quite obvious, though. You need those substantial lumps sticking down to ensure that your camera stays well and truly locked onto your tripod. The base plate itself doesn’t go down that far because everybody wants to save a little weight in their tripod rig. And as Manfrotto designs those quick release systems for their own tripod heads, issues with other systems aren’t a major factor.

If you’ve been frustrated by this design, head on over to Thingiverse and grab Eric’s design. It would be nice, though, if tripod manufacturers would take these kinds of things into account and design with other uses in mind. Who knows, maybe if enough people petition them, they’ll design a version with slightly extended sides that sits flat?