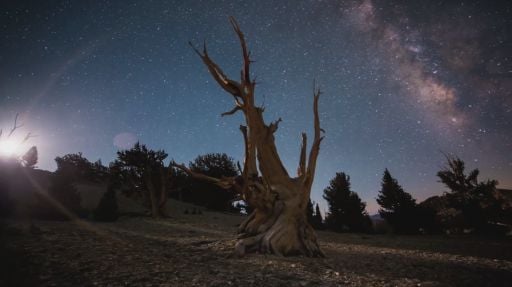 Into The Atmosphere is an epic and wonderful piece that explores familiar and unknown locations in CA. About 75,000 photos were taken in the process of making the movie, about 12,500 made the cut into the 3.5 minutes clip.

“Into The Atmosphere”, is my tribute to the state of California and the beautiful deserts, mountains and coastlines that exist there. This video showcases a variety of national/state parks as well as less recognized natural areas. The video also focuses on clouds, fog and interesting atmospheric conditions. Although California is known for blue sunshine skies, seeing a colorful storm cloud over Half Dome or an incredible sunset at the La Jolla Coves is really a sight to see. The goal of this video is to show these environments in their best possible light”#

Now, unlock that chair, lean back and go full screen and full volume

If you are interested in seeing some behind the scenes, The Creators Project did a full BTS and profile for Michel, which also includes a lot of golden nuggets like the fact that it does not more than a DSLR, a tripod and a fast lens to shoot good timelapses.

[Into The Atmosphere | Michael Shainblum via Colossal]

Can You Help Locate The Photographer Of These Vintage Negatives Recently Found In A Thrift Store?