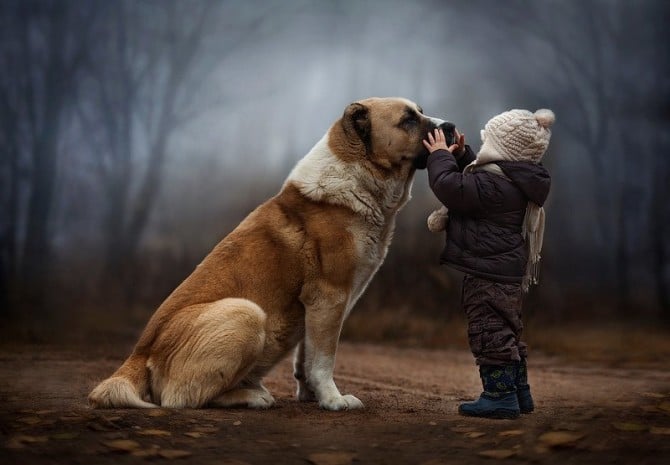 Russian Photographer and mom Elena Shumilova became kinda famous when photos of her kids and family went viral in early 2014.  In total her photos were views over 60,000,000 times (and I guess they were viewed outside her profile some 60 million more).

Something about her photography struck a chord with almost everyone, photographers, mothers, father, young and old. I guess the innocence and feeling of childhood that projected from her photos were just irresistible.

Elena shared some great advice on photographing kids with the crew at Smugmug and agreed to share them with DIYP readers.

So you catch your kids in the perfect moment — they’re outside playing and laughing, the lighting is just right, and you see this perfect picture you want to capture. You rush to get out your camera, but then…

They see the camera. They stiffen up. They start posing. The moment is lost.

What do you do?

When photographing children, the single most important thing is to photograph them often — every day.

You can’t just do it sporadically, or they’ll freeze up as soon as the camera comes out. Consistency is key. That way they’ll be comfortable around the camera.

It’s these everyday scenes that you want to capture — the ones you’ll remember best when they grow up. 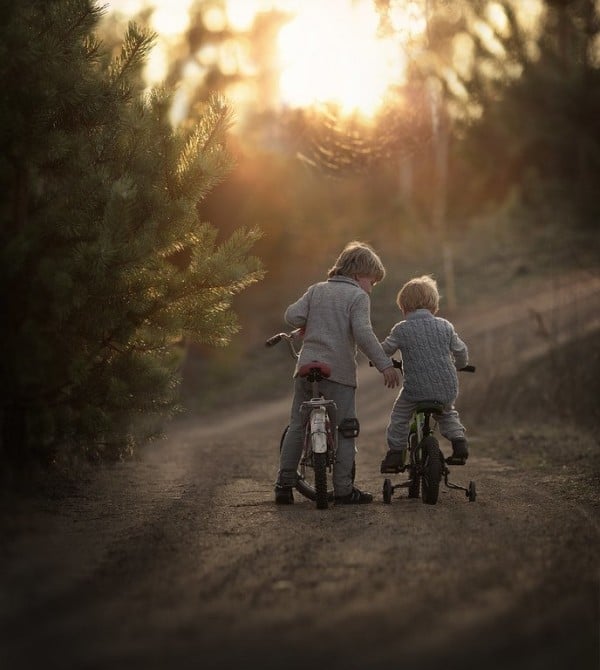 To get the most genuine photos, I try to catch them in the moment — when they’re playing with each other and have completely forgotten about the camera.

Here they’re playing “airplanes,” a game we also play together at lunchtime when they’re feeling picky about their food. 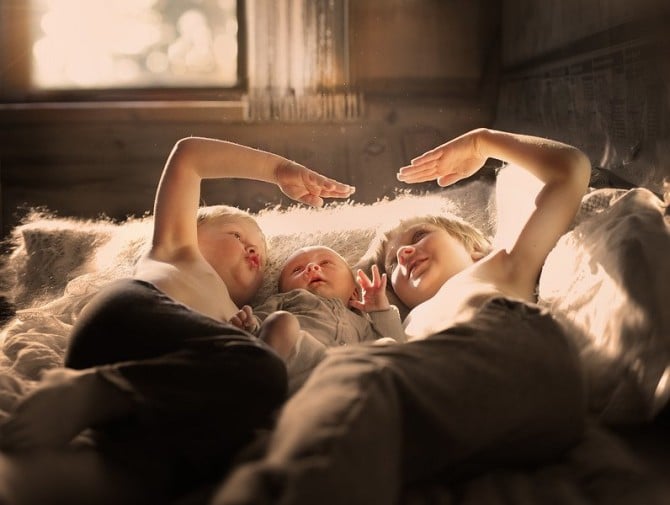 Watch Elena explain how she captures her nostalgic photos:

2. The types of clothes that work the best.

I follow a pretty simple rule: clothes shouldn’t be distracting. They shouldn’t take attention away from what’s happening in the photo. 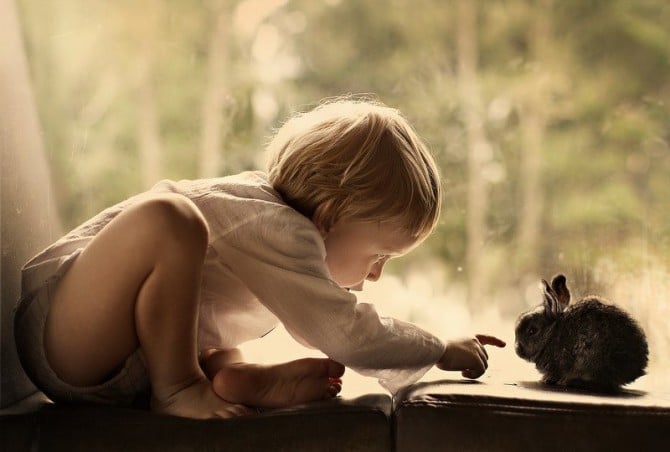 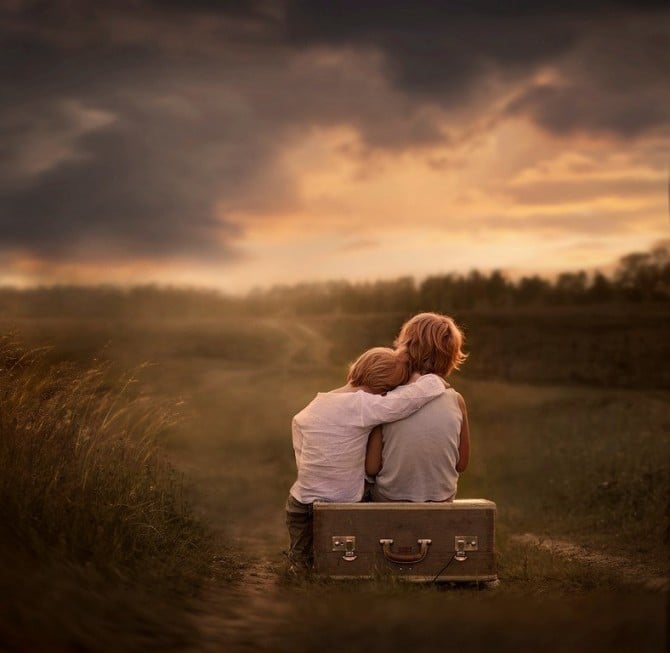 For such a simple rule, it’s harder to follow than you might think. Kids’ clothes today are designed to grab your attention—with bright colors, cartoon characters, and writing all over them. In photographs, all this takes attention away from your kids.

When I started pursuing photography seriously, I actually replaced all their outfits. This took quite a while to do, but now I know that anything I pull from their closet won’t interfere with the photo.

3. How to best capture kids of different ages.

A lot of parents have asked me about this photo — how did you get your one-month-old to look so calm? Infants are notoriously difficult to photograph because they’re often crying or fidgeting. 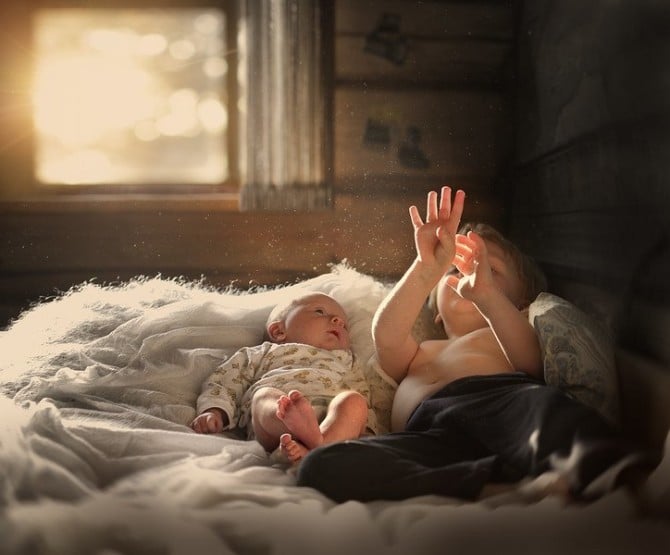 Here you’ll have an advantage as a parent. I’m his mom. I’m around him 24 hours a day, and I know when he cries and when he doesn’t. Let your parenting instinct help you choose the right moment.

Something I noticed while photographing many children, including my own, is that there seems to be a universal age when kids are the most photogenic.

That seems to happen between ages two and four. 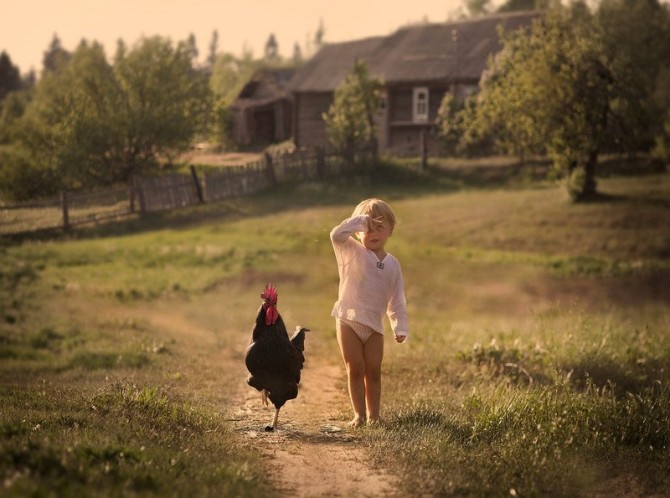 They aren’t yet self aware. And so, they’re free. 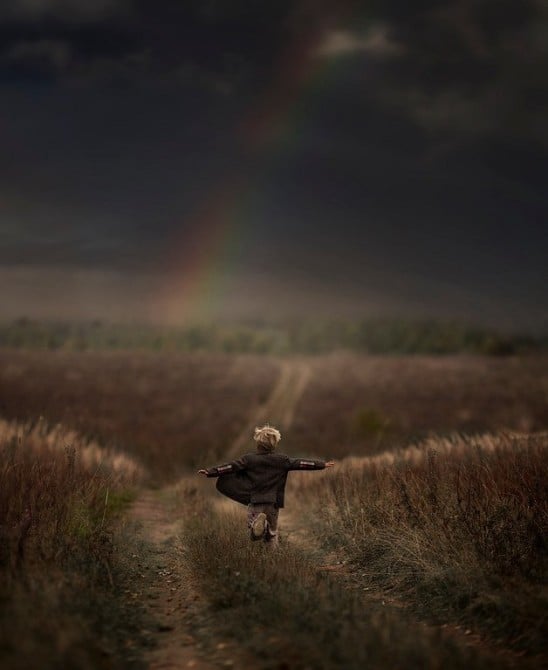 It gets a bit more difficult when they’re older. As early as age five, they start to become more self-conscious when the camera comes out. They start to pose.

The key here is to be very patient. Let them play while you disappear into the background. My best photos always happen at the end of a photo shoot, when my kids have forgotten all about the camera. 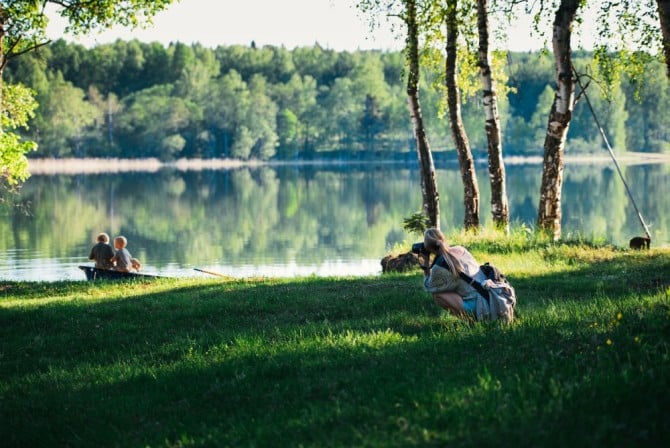 4. How to get good photos of your kids with pets.

Because every pet is different, there isn’t a magic formula for this. I spend hours observing our farm animals, figuring out how they move and what angles work best for them — just like I would for people. 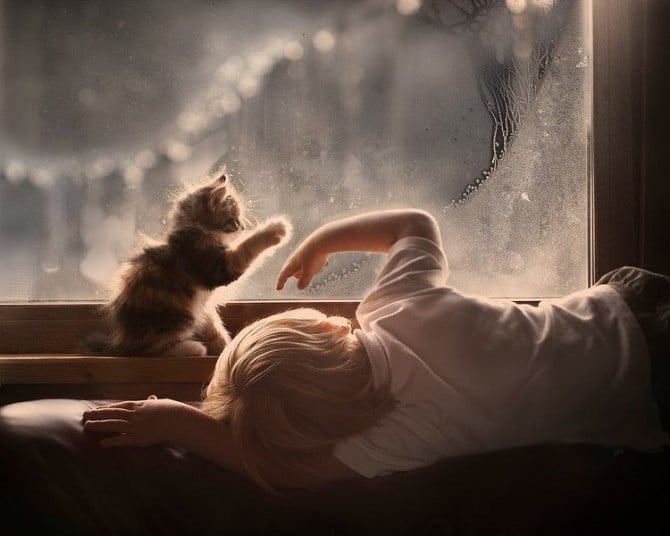 I’ve also tried bribing pets with food, but it doesn’t work. It’s almost impossible to get a good picture when they’re chewing or licking their paws. So I’ve learned the hard way not to feed our pets during photo shoots.

With animals, you have to rely on a bit of luck — and constant patience. 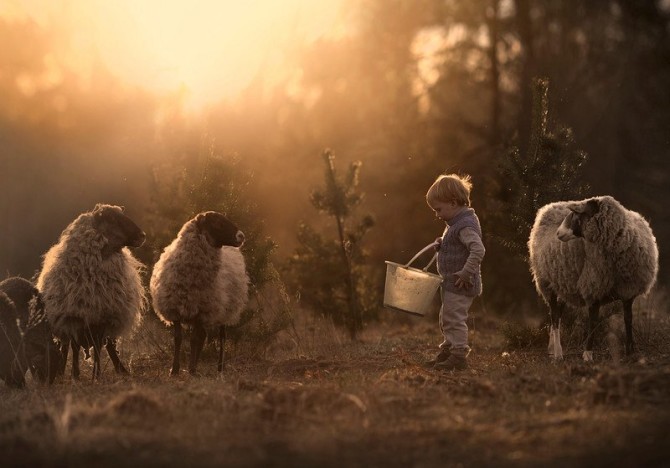 This is the most famous photo I’ve taken. It’s been viewed over 10 million times — but I almost didn’t bring my camera that day.

Before I took this photo, my confidence was at a pretty low point. I had tried for a photo of my son and dog 14 other times — not 14 other photos, but 14 full photo shoots, all failures.

But something told me to bring it. And on that fifteenth day, it all just came together.

This dog of ours is now famous — but he’s not all that photogenic from most angles. He’s actually a pretty difficult dog to work with. From the previous 14 photo shoots, I’d learned what angles and body compositions work for him and my son.

It‘s easy to get discouraged. It’s easy to think, “Oh, why bother, it won’t work anyway.” And it may not for the first 14 times. Those 14 photo shoots weren’t failures though, because I learned from them. And they’re what made the fifteenth one possible.

For when you get frustrated. 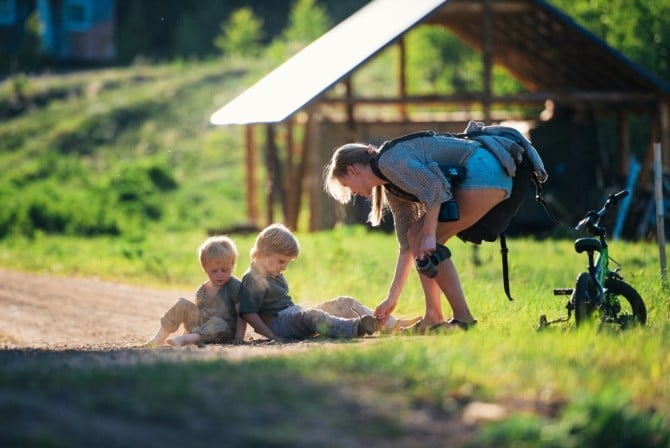 When I was first starting out, I got frustrated easily. I used to create these elaborate setups — I’d bring my kids to a special place, in special clothes, at a special time with the lighting just right. I’d arrange it all. And naturally, I started to feel like they owed me a good photo.

But I started getting better photos when I realized: no one owes me anything.

If you get frustrated, your kids will sense it and won’t want to participate anymore. Which just creates a vicious cycle of more frustration. When I stopped feeling entitled to a good photo, I was more relaxed. It was more fun for me and for them.

Rather than creating high-pressure elaborate setups, observe your kids in everyday simple situations. Do it every day. Bring your camera along.

And then — when the right moment comes along — you’ll be ready. 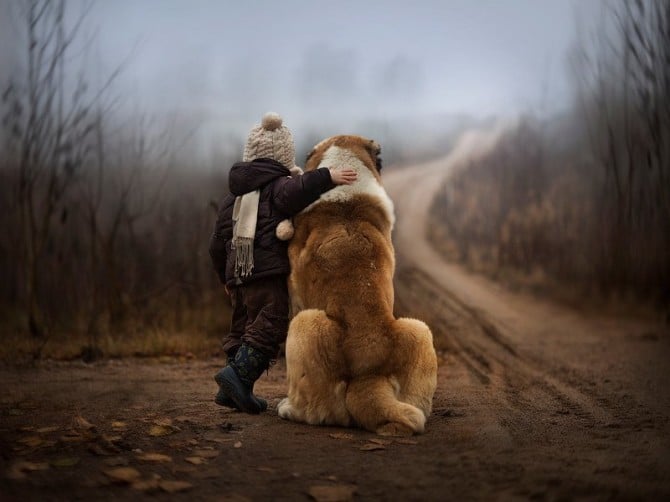 See more of Elena’s photos on her SmugMug print site.

« A Word About Responding to Model Calls, And Not Being THAT Photographer
Sony’s New FE 90mm f/2.8 Macro Lens Takes On Canon’s 100mm f/2.8 In Lensrentals’ Resolution TEst »