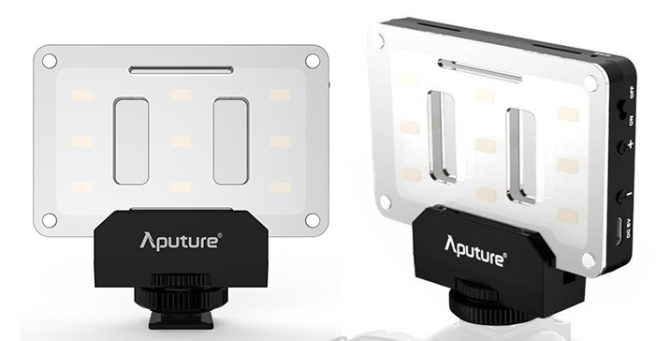 Small lights are fantastic and well designed ones are extremely versatile. Whether you’re shooting stills or video, you can throw them in dark corners to balance out a scene, add a subtle rim light to your interview subject, or even replace practical lights on-set. They’re also usually quite inexpensive.

Aputure’s are taking “inexpensive” to the extreme with their new Amaran M9; A credit card sized light that’s less than half an inch thick, daylight balanced, runs for about an hour and a half on a full charge and costs only $45.

With nine surface mounted high efficiency LEDs that boast a 95+ CRI/TLCI, it seems to pack quite a punch for such a small light. The brightness is adjustable in 9 steps through buttons on the side so you can balance it out with other lights in your scene.

Being able to easily reduce the power on a light so small means you can quickly use it to simulate things like screen glow from a computer monitor, the light from inside a refrigerator, or illumination from a car’s dashboard. 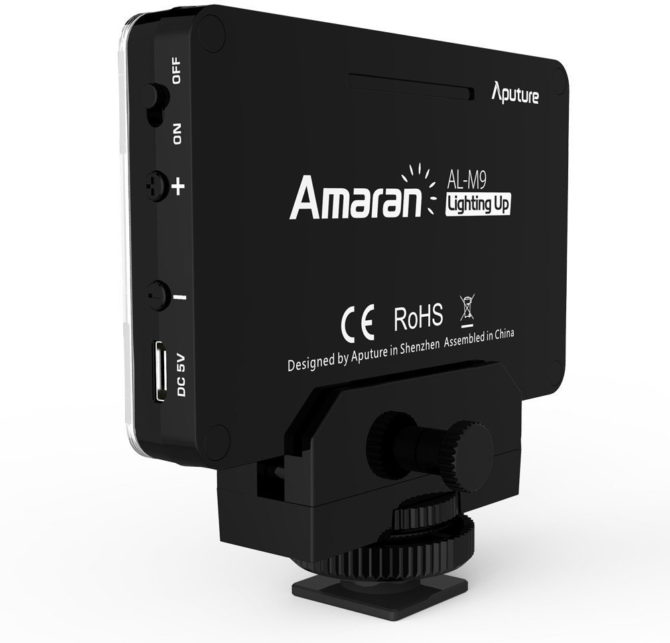 The side is where we also find the 5v micro USB socket for charging the internal battery. This battery gives you about an hour and a half of running time per charge at maximum power. With external USB batteries, you could keep it going pretty much indefinitely.

The Aputure Amaran M9 comes with a hotshoe adapter, so you can use it to provide a little fill, or be your main light source for news style interviews and reporting. Mounting a light on the camera’s hotshoe isn’t going to give you the most flattering light, but at least you’ll be able to see your subject. 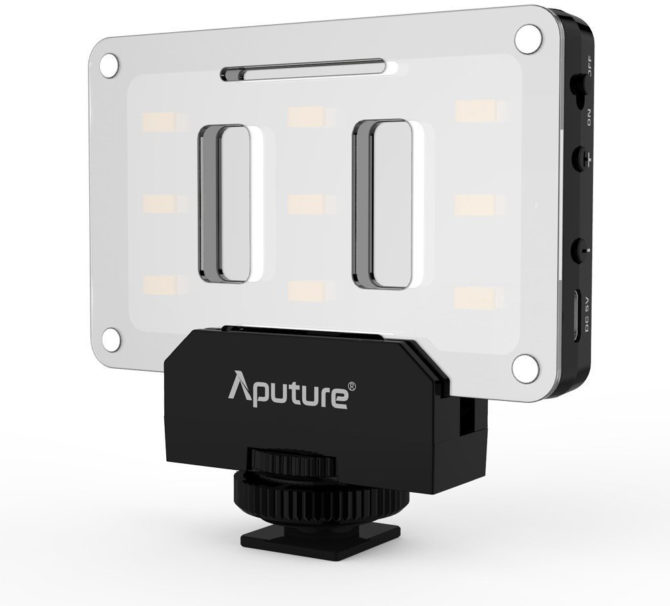 The Amaran M9 also contains a built in 1/4-20″ screw hole, compatible with tripod plates, light stands, flash clamp mounts, and just about any other standard photo or video support systems.

Included with the light are a couple of magnetic diffusion filters that go over the front to help even out the distribution a bit. With a light this small, I’m not sure how much use they would really be, but it’s a nice touch.

The Aputure Amaran M9 is available now and costs only $49 through Amazon.  It’s expected to be stocked at B&H in the near future.

A bright light about the size of a pack of playing cards with such a long life is definitely handy, and I think I’ll be adding a couple of these to my bag at some point.

How about you? Would you use something like this in your stills or video work? Or do you already have enough small lights? What’s your favourite small light? Let us know in the comments.

« Hard, soft, specular and diffused lighting and how it affects your subject
A crash course in developing colour negative film at home »