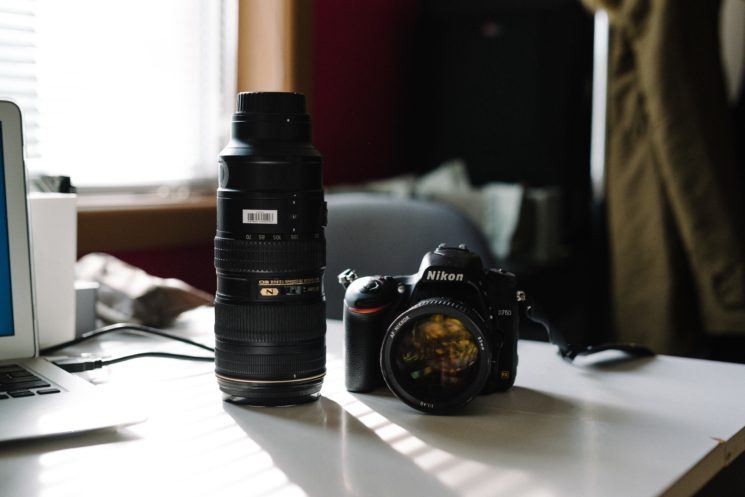 In addition to “analog vs. digital”, there’s another everlasting argument between photographers: zoom vs. prime lenses. Many people choose one side and categorize themselves either as “zoom shooters” or as “prime shooters”. Yet, there are those who don’t pick sides, but use both types equally.

There are some common claims about prime lenses, and “prime shooters” usually use them to justify their choice. In this video, Matt Granger deals with the two most common ones. One: prime lenses are sharper than zooms, and two: primes are more creative because they encourage you to zoom with your feet. Are these claims true, or just misconceptions?

In the past, when the technology was less advanced than today, this was true. Prime lenses were simpler and easier to make than zoom lenses. When it comes to sharpness, distortion, chromatic aberration – primes used to beat zooms at all these categories.

However, this is not necessarily the case today. According to Matt, some 70-200mm lenses can stand well against most primes and show equally good performances at most or even all focal ranges. He was fortunate enough to have a conversation on this topic with late Dr. Hubert Nasse from Zeiss. Dr. Nasee supports Matt’s opinion on the difference between zooms and primes. He claims that a well-made zoom is often better than corresponding prime lenses, at least in the middle of its focal length range. It’s because the optical efforts are higher in the zoom than in prime lenses.

Now, from my experience as a “poor photographer”, I still find prime lenses better than zooms if they are both relatively cheap. I found affordable prime lenses that give me great image quality and sharpness, yet I still haven’t found a zoom lens that gives that same quality without cashing out a lot more money. With zoom lenses, you always get what you pay for, and primes can sometimes surprise you even at a lower price. So, I suppose your budget needs to be… flexible if you want to buy a zoom lens that will match or outperform a prime. Matt doesn’t mention it, but I believe it’s something to have in mind.

“Zooming with your feet” with prime lenses

Matt seems pretty annoyed when talking about this topic. In his opinion, “zooming with your feet” doesn’t exist. By definition, “zooming” means changing the focal length of your lens. You can only “recompose with your feet”, because it’s what you actually do by moving back and forth. So, linguistically speaking, he’s right. Although it’s maybe a bit too technical for everyday use.

If you shoot only with a prime lens, you can get a different shot by moving back and forth and have your subject closer or further away from you. But you can’t get the compression effect and you can’t get away from the distortion inherit in your lens.

“Zooming with your feet” increases creativity

Matt discusses the point that “zooming with your feet”increases creativity, as a second misconception about primes. He particularly addresses photographers who encourage others “not to be lazy” and “zoom with their feet”.

In his opinion, it’s okay if you use this approach to practice creativity. If it helps you think through problems and see things in a different way, that’s great. But if you’re not using prime lenses only for challenging yourself and for the learning process – you are actually the one who’s being lazy. You can get a similar effect with a few primes as you would with one zoom, but you can’t get them using only one prime and moving back and forth.

In addition to practicing creativity on purpose, I’d add another situation when you should shoot only with one prime lens: when it’s the only lens you have. You will probably get stuck with only a prime lens at least at one occasion. And if the best camera is the one you have with you, the same goes for lenses.

Personally, I use both zoom and prime lenses, but I must admit I lean towards primes. At least because I still haven’t treated myself with an outstanding and pricey zoom lens. What about you? Do you agree with Matt’s points? Do you belong to the “prime clan” or the “zoom clan”? Or you don’t pick sides at all? I’d love to hear your thoughts in the comments.

[Zooms VS Primes – the real trade off | Matt Granger]

« Meet D3-U, the first real-life camera that captures photos in virtual reality
The flight has ended for Lily Drone: they are shutting down and issuing refunds »