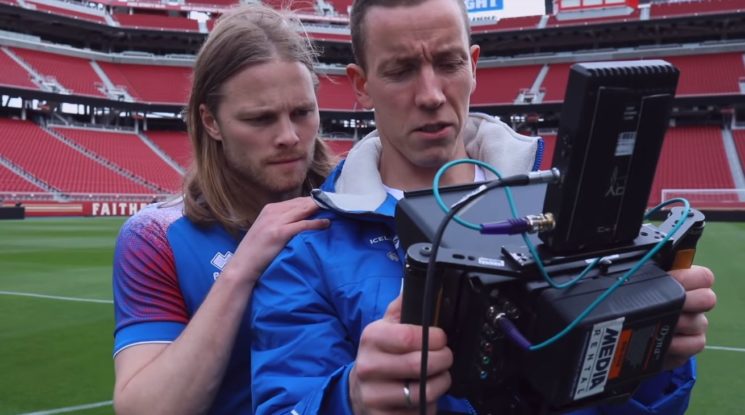 In fact, one of the latest Coca-Cola commercials, the Icelandic Coca-Cola ad for the World Cup 2018, was directed by Halldórsson and it’s pretty awesome. It’s quite a clever commercial, making use of the Icelandic team SKOL cheer. (hit the just to see what it is).

If you want to see your favorite goalkeeper on set, just watch this BTS:

And as promised, the SKOL cheer. It’s kind of a mashup between “We will rock you” by Queen, and “The Cup Song” by Anna Kendrick.

With this, I hope that DIYP has paid its tribute to the World Cup, and we can get back to photography ;)

How To Make A Snoot From A Coca-Cola Bottle