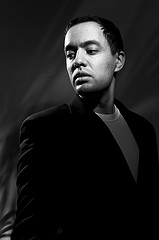 First a confession, I really like Flash Frog. FF is a blog with a nifty idea – create great images, post the entire shooting process, help others get inspired. Just before zetson AKA Joakim Tangstad goes into the details of his Film Noir setup, a few words about Flash Frog.

I find FF to be a great companion to strobist readers. Allot of the theory and ideas that David shares on strobist get to life with a creativity twist on Flash Frogs. I really get myself lost whenever I visit FF, finding ideas, techniques and inspiration. This is why I got really exited when zetson (Flickr stream) – the person behind the blog – agreed to do a guest post here on DIYP. Read on for Film Noir setup details.

I’ve been wanting to shoot a film selfportrait in film noir style for a long time, but I haven’t figured out the lighting. Today I saw a potted plant, and wanted to give it a chance.

I moved the potted plant from the living room to the bed room, since this is the only room I have that has an almost plain white wall. I placed the plant close to the wall and a snooted Nikon SB-600 flash right in front of it. I did a test shot, and this is what it looked like: 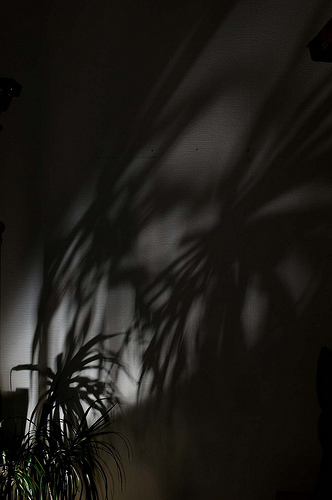 It turned out that the plant worked well. I wanted undefined shadows in the background, and plant did just that.

I wanted a lot of contrast, shadows and hard light in the photo, so umbrellas and other types of diffusing material was out of the question. I set up another snooted SB-600 (main light) high on a lightstand on camera right, in front of the camera. A third SB-600 was placed on lightstand right above the plant, which intention was to provide rim light/back light. This is how the final setup looked like from a camera point of view. The frog on the floor marks the spot where I stood. 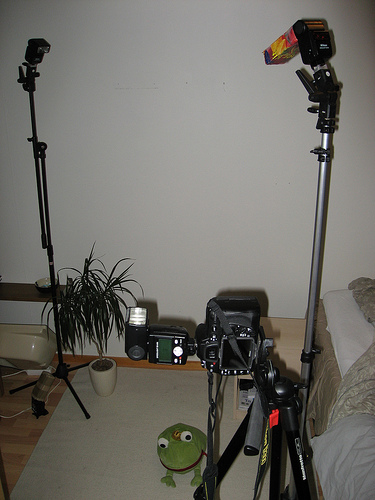 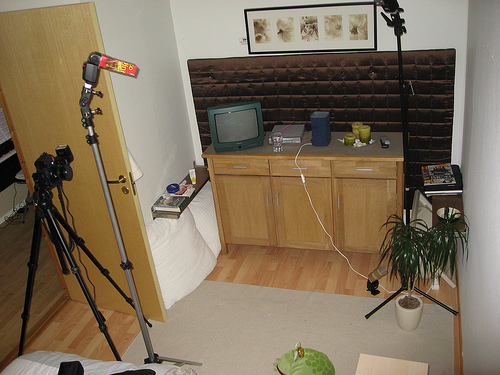 The camera was mounted on a tripod, approximately at eye level.

The flash settings were simply found by trial and error. I started with the lowest possible settings and adjusted each one after some test shots. I used medium aperture, since I didn’t want too much of the light streaks on the wall in focus. At the same time, shooting selfportraits can be difficult with a wide open aperture. The shutter speed is the camera’s maximum shutter speed and blocks out all ambient light.

I used a shutter release cable during the shooting. I put on a suit coat, greased my face with an oily moisture and tried to make the best out of it. I tried a lot of different poses and facial expressions, but I never seemed to find the film noir look. Here’s a portrait I got, but it’s hardly a film noir shot (unedited RAW file): 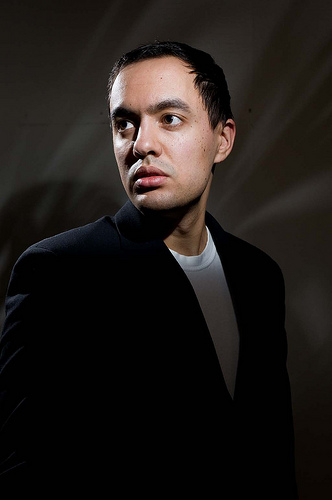 I was about to settle with this photo until I accidentally bumped the tripod. This caused the camera to lower about 1 ft / 30 mm. That would make me shoot upwards. Maybe a new perspective would give me the look I was searching for?

I think it did. It looks like the shadows in my face are more pronounced. I also got rid of the ugly shadow on the wall above my shoulder on the left side on the picture above.

This is the picture I’m most happy with (unedited RAW file): 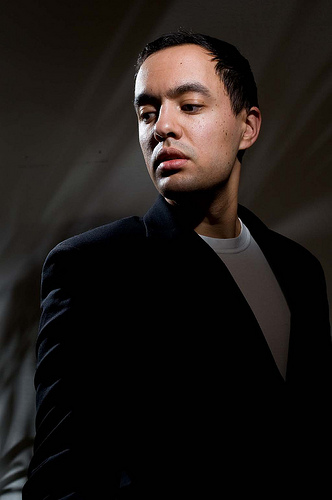 In the raw converter (Adobe Camera Raw) I increased the exposure by 1/3 and increased the clarity value just a tad. In Photoshop I only converted the picture to black and white with the BW adjustment layer and increased the contrast using curves. I also had to dodge my eyes a little. Finished it with sharpening. 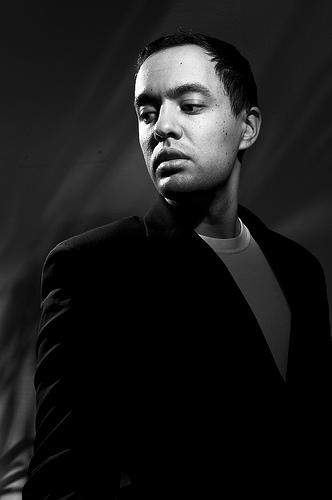