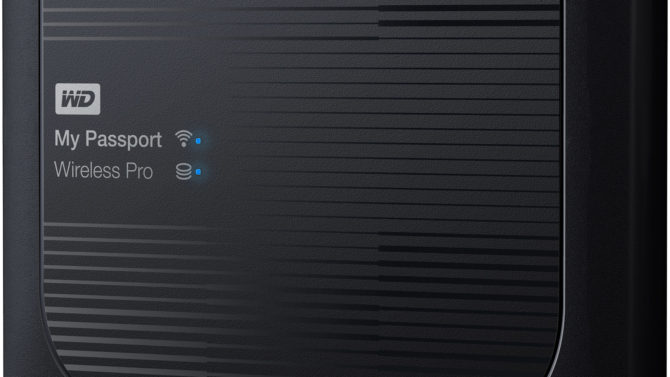 Even if you shoot to two cards at once with a dual slot DSLR, one of the biggest issues that many location photographers face is that of creating backups when out in the field. 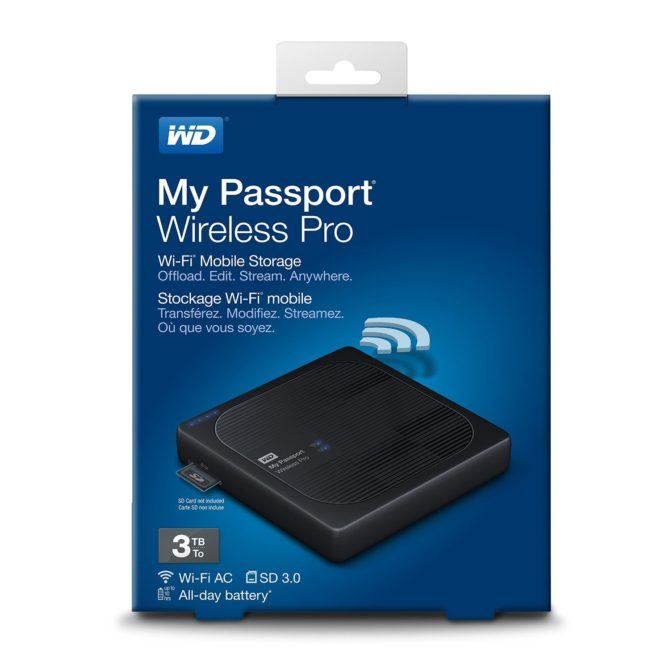 The Western Digital My Passport Wireless Pro (which I’m just going to call “Wireless Pro” from now on), enhances the previous drive in capacity, by ditching the 1TB option and adding a 3TB version, and substantially ramps up the speed.

As I mentioned above, the original My Passport Wireless is painfully slow, with SD card transfer rates of around 10MB/sec.  The new Wireless Pro has transfer rates from SD cards going up to 75MB/sec, which is a pretty serious bump in speed, and cuts the backup time down dramatically.

The WiFi speeds have also been increased from 9MB/sec to 20MB/sec.  This still sounds pretty low when you say it out loud, but when you figure that the WiFi is only really for browsing the drive’s contents from a mobile or tablet, it’s not too bad at all.

If you don’t shoot with cameras that have SD slots, then don’t worry, there’s a USB2.0 host socket on there that can be used to connect external devices like XQD and CFast card readers.

Like the My Passport Wireless, the Wireless Pro also uses a USB3 connection to hook it up to your computer when you get home, so getting your work off the drive and ready to work with should be nice and quick.

The battery life has been almost doubled, upgrading from 3400mAh to 6400mAh, which Western Digital claim will last up to 11.5 hours in the field, including 6-8 hours of “hard use” operation. 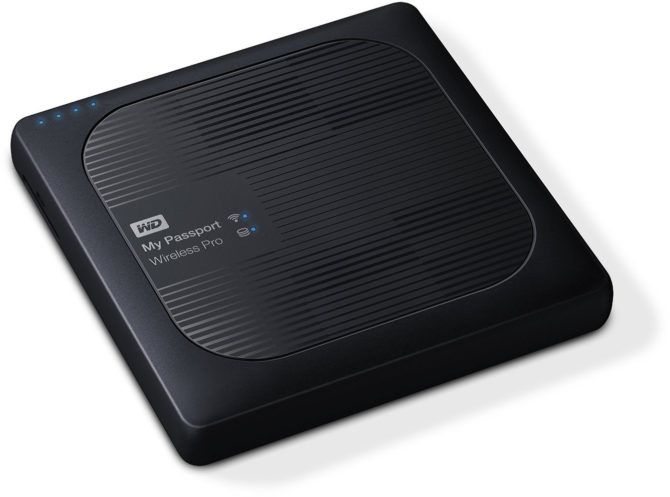 For once, it actually looks like a manufacturer has listened to the needs of its users to produce something that appears to be a very capable and useful device, at least on paper.

I know some will be disappointed by the fact that the USB host port for hooking up other card readers is only USB2.0, but I don’t think that’s going to be a huge problem given that the USB2.0 spec still outclasses the speed requirements of most cards available today.

Back when I shot with Nikon D100 bodies in 2002, I used a Super DigiBin 2 (remember those?) with a 20GB hard drive to backup my measly 64MB and 128MB CompactFlash cards while out in the field.  That was only one of at least a dozen different devices available back then.  It seems odd that there’s so little choice for portable backup options today.

Hopefully, with Western Digital’s recent acquisition of SanDisk, devices such as these will start to see even more big improvements in the future.

The Western Digital My Passport Wireless Pro is available now, with the 2TB and 3TB versions being priced at $229.99 and $249.99, respectively.

What do you currently use for your portable backup needs?  Will you be picking up the My Passport Wireless Pro?  Let us know what you think in the comments.