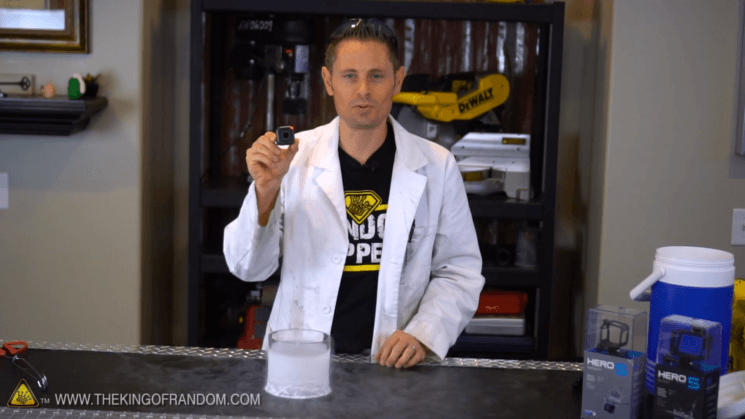 As we all know, GoPro cameras are made to endure all sorts of extreme conditions. Among other things, they can work on temperatures below zero. But a YouTuber Grant Thompson, aka “The King of Random”, took coldness to another level. He submerged GoPro Hero 5 Session and GoPro Hero 5 into a vat of liquid nitrogen to see how long they would record.

He starts the experiment with his older GoPro Session, in order to see how it will behave before he wastes a new one. He connected the GoPro camera to his phone via Bluetooth, so he can see if it’s recording or not. Also, even if the GoPro loses the data, it still remains on the cell phone. First he submerges the camera into liquid nitrogen for five seconds, and it goes on recording after he takes it out. After this, he tries it the second time. The camera stays in nitrogen for about 20 seconds, when the low battery warning appears. Apparently, we can’t be sure if it shuts down because he forgot to charge the battery or because of the cold. So, it’s definitely time to test the new cameras. 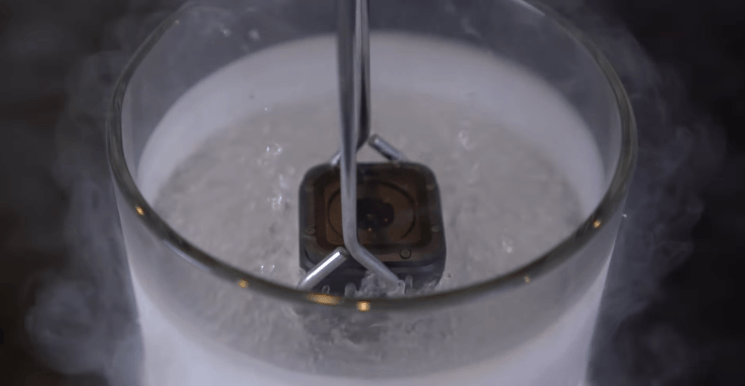 He started with the new Hero 5 Session, which went on recording for about 60 seconds, and Bluetooth connection died a bit before then. Hero 5 Black was next to take a cryogenic bath. It stopped recording after about 45 seconds, but the LCD screen stayed on for a while after that, although the picture was still. Since GoPro doesn’t have official operating temperature ratings, this may give you some insight on how they behave in extremely cold conditions. Although I doubt you’ll ever find yourself at any place with -196 degrees Celsius.

The cameras became all frosty, stiff and of course extremely cold after Grant took them out of the liquid nitrogen. But did they survive? Did the footage stay on the cameras and were they able to record again? I don’t want to spoil it for you. You can guess, and then watch Grant’s video and find out.

[Will A Recording GoPro Survive Liquid Nitrogen? via DigitalRev]

How to Shoot in the Arctic Without Freezing