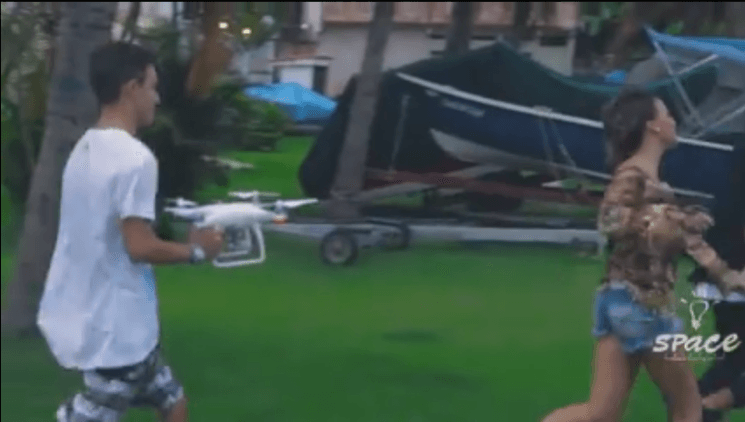 Most people use drones to take magnificent aerial videos and photos. I mean, that’s what drones are for, right? But, this video shows us that it doesn’t necessarily have to be the case. Here you will see a video of a couple filmed with a drone, but in quite an unconventional way – without flying it.

This young man shot the video of this couple not by flying a drone, but by hand holding it. First, he was standing more or less still, and then he began running behind the couple, filming them in motion. When I first saw this, it seemed like candid camera. I laughed, probably because this isn’t something you’d expect from a drone pilot. Or a drone… runner? But still, the drone flew in the end, and the guy started running like crazy to get away from the frame.

Although the technique is unconventional, to say the least, this video is actually pretty neat. I suppose the gimbal did its job well since it’s very smooth and stable despite the running. I can’t clearly see which drone this is, but I think its DJI Phantom 3 or 4.

To be honest, this is probably how I would use a DJI Phantom 4, at least for the first couple of weeks. I’d be way too afraid to crash it. This way, I’d get both the workout and the lovely video – and leave the flying part to someone more experienced. I think it could work.

« Nail your focus every single time with this DIY lens calibration solution
Photography marketing: preparing the ground for your business to flourish »