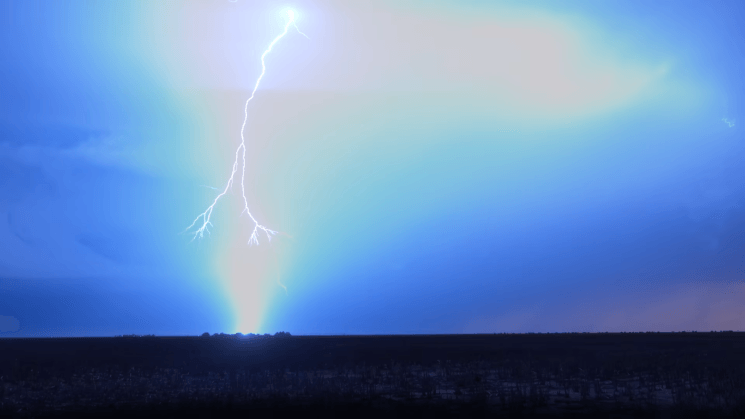 Nobody can throw a spectacular light show like nature can. Timelapse photographer Ron Risman is well aware of this, so he chased a storm to create a magnificent timelapse of thunderstorm raging over a field in Kansas. He shot it in 4K and combined it with epic music (reminds me of music from Warcraft). As a result, he got spectacular thunderstorms striking at the beat of the song. It’s amazing for both watching and listening. Take your earphones, play the video, and enjoy!

Ron Risman captured this incredible storm in Hoxie, Kansas. He chased the storm with Tempest Tours as a part of their crew, and took shots for this incredible timelapse in July, 2016.

The video originally lasted for 6 minutes, but he cut it down to the most spectacular part. It shows the 2.5 minutes of nature’s light show at full power. Combined with the Ian Post’s song “Into the Battle”, it is a true treat for all fans of storm timelapse videos.

[The Most Spectacular 2.5 Minutes of Lightning | Ron Risman]

« Quick tip: How to make the tilt-shift effect in Lightroom
How to get sharp, crisp, black & white photos when shooting with film »